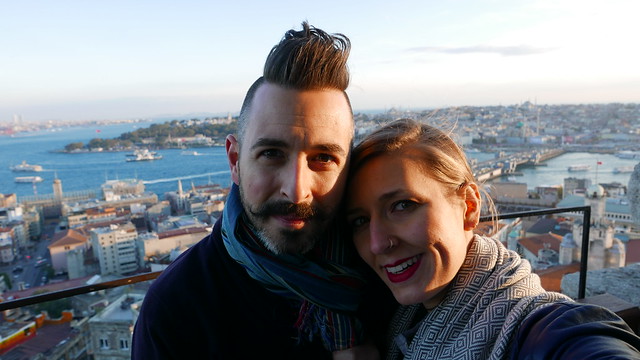 At the top of Galata Tower with that one guy I sorta like.

I’ve learned a funny thing about books. Even when I think I’m done with one, I’m not.

This is true, I’ve found, of both the books I’ve read and the book I’ve written. A paragraph will haunt me. I’ll go back and dissect every word and comma, trying to understand the alchemy behind them, if there is any. With the work of others, this is often done in admiration. With my work, it’s often done with criticism and doubt.

Should I tweak that? Does this joke make sense? Do any of my jokes ever make sense? DO PEOPLE STILL REMEMBER PAULY SHORE? (Also, was he really only 24 when he did Encino Man? How was he able to tap into such a reserve of emotional depth at such a young age?)

So when I said my book was done, and I’d be returning to blogging regularly, what I meant was, “I thought my book was done but now I need to rethink my life and also to maybe watch Encino Man.”

Turns out, when your manuscript is complete, there is still a lot more work to do. Things that I hadn’t even thought of, brought to light by the keen eye of my skilled copyeditor. Things like verb tenses and mixed metaphors and whether the color is “grey” or “gray”. (Note: both are correct, but in the U.S. we tend to prefer the latter).

So blogging, once again, has taken a backseat to the book.

But then we went to Turkey.

It was a trip that I wasn’t even sure was going to happen, given everything that took place last summer, from the attempted coup to the deadly attack on the airport. But then, as unlikely as it seemed, it did.

It’s hard to know where to begin, but it seems most appropriate to start in Istanbul – the city that we flew into, landing at the same airport that had been rocked by a terrorist attack a few months earlier.

And when we first touched down, well … can I confess something? I was nervous.

Had an incredible time in Turkey. Yes — it’s very safe. Compare their terrorism rates to US gun crime stats & it’s no contest. pic.twitter.com/opSMVaq6DS

Now, I know what you are thinking: Isn’t that always true of you, all the time? Aren’t you sort of an anxious person? Isn’t that the reason why Rand has said you aren’t allowed to watch professional sports/ reality TV/ the Weather Channel anymore? AND, OKAY, FINE. But I’ve gotten  less terrible at this whole travel thing. New places don’t phase me, but I realize that a lot of the time, it’s because those places fit into the same schemas that I’ve already created. No, France isn’t exactly like Spain or Italy, but odds are if you can handle yourself in one of those countries, you’ll at least have a starting point for traveling through the other two.

But Turkey? I had no idea what to expect. I certainly didn’t realized just how big Istanbul is – the population hovers around 17 million. It can’t even be contained by one continent – it straddles the Bosphorus, with one foot in Asia and the other in Europe. 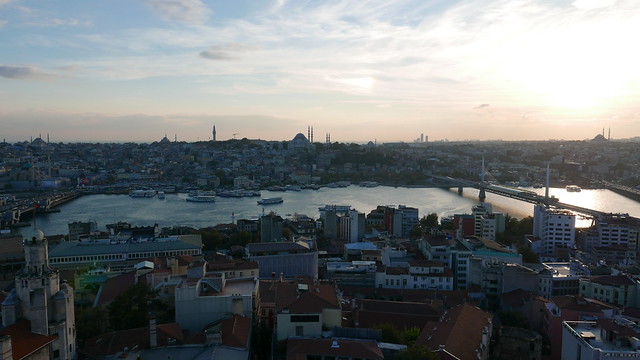 It stretched on for miles and miles and miles, the horizon a remarkable mix of old and new, dotted by the domed roofs and minarets of its many, many mosques. The cool evening air was imbued with spices and the charred, earthy smell of roasting chestnuts. And everywhere we went, we found people who were absurdly, effusively friendly in a way that I could not have predicted. It wasn’t Europe, or Asia, or the Middle East, and yet it was somehow all of these things at once.

And so I found myself, as I so often do, falling in love with a new place. 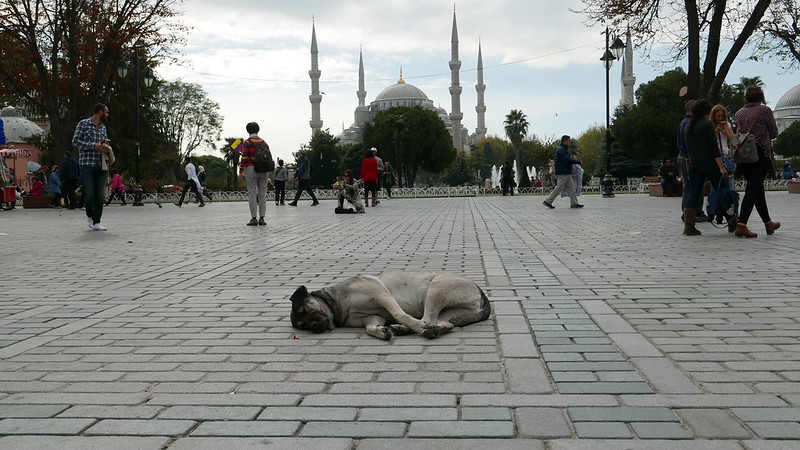 We wandered through crowded bazaars and made new friends and watched the conference organizers who’d invited us to Turkey get engaged on a chilly rooftop one night (it was absurdly cute, and I awkwardly stood there, maw agape, for most of it). I ate too much lamb and drank fresh pomegranate juice and made half-hearted attempts at haggling.

With it came a sort of strange anticipatory heartache about what Turkey’s future looked like. Numerous journalists who were accused of being critical of the existing regime have been arrested, and police have raided and shut down local news agencies and television stations. Rand and I actually got into a fight in Ataturk Airport on our last day, because he didn’t want me to tweet something he felt was incendiary.

“When we get home, you can say whatever you like,” he said. “But not now.”

Therein lies the privilege. For me, these issues stop at border control, and I waltz through without incident.

Just yesterday, Facebook, Twitter, Whatsapp, and numerous other social media and sharing platforms were blocked in Turkey after opposition leaders were arrested. 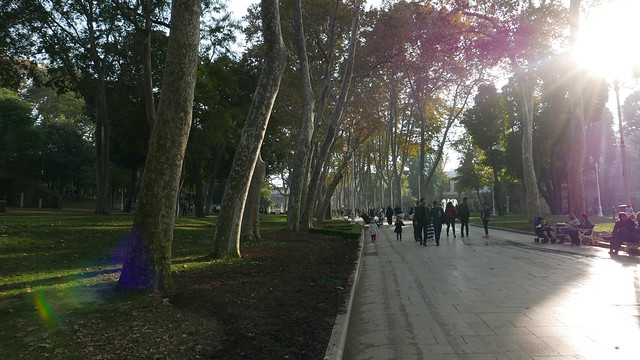 A big part of the reason why we went to Turkey was that, besides having always wanted to go, we weren’t sure if the opportunity to travel there would be available to us again. Would the State Department lift their warnings? Would my mother not collapse into a nervous heap when I told her we were going? At one point during our trip, I remember staring out into the hills and telling Rand that I would be sad if we couldn’t come back.

“Enjoy while we’re here,” he said. I tried to do that. And now that we’re home, I’m flipping through the pages of my memory and revisiting my favorite parts, knowing that it will likely be a long time before Turkey and I can write another story together.