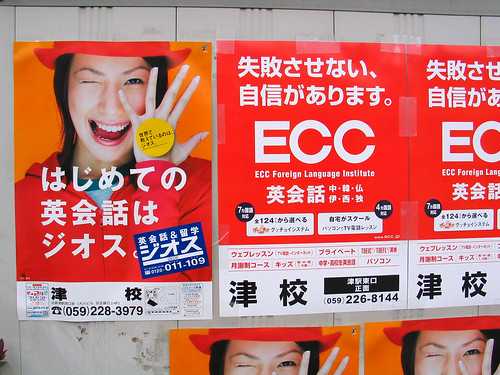 If your parents loved you, you’d be able to read this.

So, common knowledge is that if you try learning a language after puberty, you’re hosed. This makes high school foreign language requirements even more diabollically evil than previously imagined (Did you know the word “embarazada” in Spanish actually means pregnant? Do you know how many kids in my 9th grade Spanish class said they were “a little pregnant” because they didn’t speak Spanish well? Can you imagine if proficiency in a foreign language was actually correlated to pregnancy rates? We’d all be screwed).

But apparently the phenomenon is now official: linguists have evidence that the optimal time to learn a foreign language is between birth and the age of seven. This is one sector of my upbringing that the family got right: they taught me Italian concurrently with English. It’s been more helpful than anything else in my travels (followed by the absurd sense of frugality they instilled in me, which causes me to feel light-headed when I spend more than $14 at the grocery store). It kind of reminds me of that scene near the end of  The Princess Bride:

Inigo: Fezzik, you did something right.

Fezzik: Don’t worry. I won’t let it go to my head.

But even if you aren’t lucky enough to have a family like mine (no, seriously. I’m not being sarcastic.), there’s still hope. The same study is helping figure out optimal ways for adults to learn foreign languages, too. I can only assume it includes public ridicule and mockery, which seem to work well. My Spanish teacher explained that he once made the mistake of saying he was a “poquito embarazado” about his speaking skills during a college trip to Mexico.

Apparently, a busload of locals screaming “HA HA HA – THE GRINGO IS A LITTLE PREGNANT!” really helps the language sink in.

(Photo by ark via Flickr’s creative commons license. Thanks!)