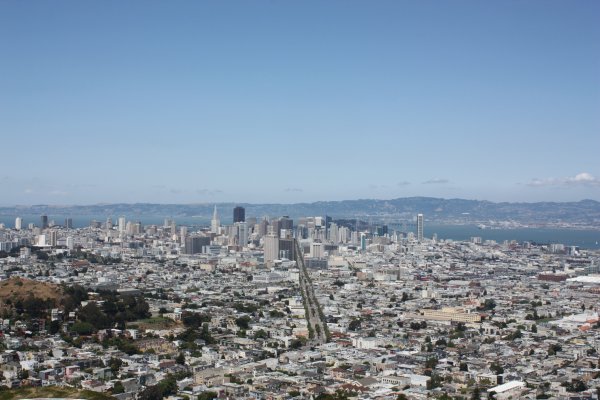 Last month’s Monterey also included a few days in San Francisco. Since it’s only a 1 1/2 hour flight, we go down to SF fairly often. As such, this is not a post about the things we’ve already done in San Francisco. There will be no mention of the Fisherman’s Wharf (which is like every other touristy wharf in the world) or Alcatraz (which is like every abandoned-prison-turned-park in the world – which is to say, AWESOME), or even the Golden Gate bridge in this post.

Instead, I’m going to tell you about seals lounging on beaches, amazing sushi, inadvertent hikes, and why I am madly and stupidly in love with my husband. If that is not the sort of guide to SF you are looking for, I suggest you leave now.

Are they gone? Good. I didn’t like them anyway.

We drove up from Monterey and stopped at the Santa Clara boardwalk. This freaked me out, because it meant leaving our luggage in the truck of our car (for those of you that are following along at home, NEVER LEAVE ANYTHING OF VALUE IN THE TRUNK OF YOUR CAR). Fortunately nothing happened to our stuff while we toured the boardwalk: 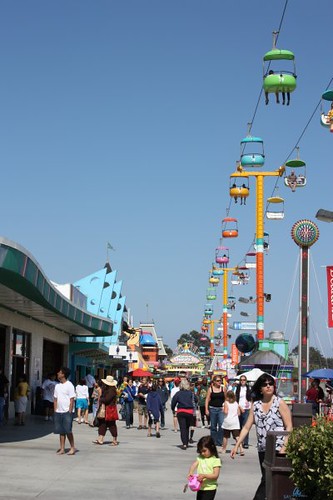 It was the first Monday of summer vacation, which we did not anticipate. Some annoying teenager got all pissy and macho because apparently we parked too close to his car, and his girlfriend had trouble getting in. For whatever reason, the last ten years gave me enough perspective on being 18 to find the whole thing hysterical. We then walked along the beach where we saw – wait for it – a seal laying in the sun. I understand that to Californians this might not be a big deal, since they see seals all the time and probably have to shoo them off their lawns or whatever, but for those of us who only see seals at zoo, it was quite possibly one of the most awesome things ever. Especially when it started doing this: 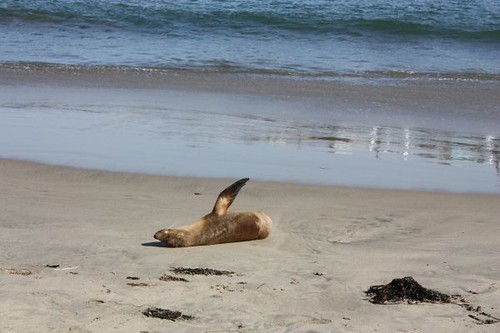 When we returned to our car, I was relieved to see that we hadn’t been robbed – BUT WE COULD HAVE BEEN. And that is why you never leave anything of value in the trunk of your car. We drove the rest of the way to San Francisco, where we stayed with our friends Todd and Lauren, who live on Protrero hill, near the dodgy end of the Mission district. For reference, here they are: 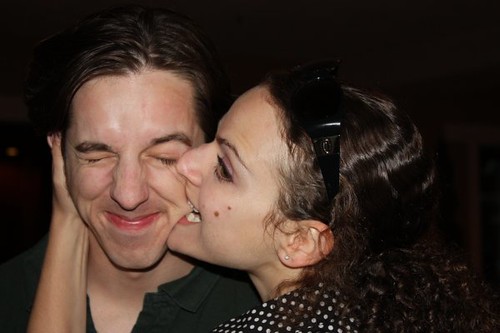 This really sums them up nicely, I think.

The Mission is, in its own way, kind of awesome. There’s amazing Mexican food and brightly colored buildings and large abandoned objects left on the sidewalk, like mattresses and washing machines. Also, people graffitti delivery trucks: 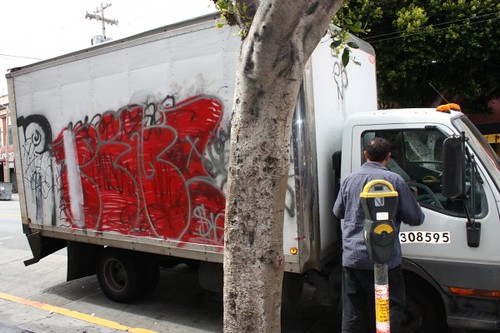 Protrero Hill is like the Mission’s snotty cousin – it’s cleaner and nicer, but the Mission is always just over its shoulder, reminding Protrero of where it came from. For example, Todd and Lauren have a lovely, ginormous place: lofted ceilings lined with windows, gas stove, hardwood floors, etc. But just so they don’t get too snobby, they have this view from their office, which keeps them honest: 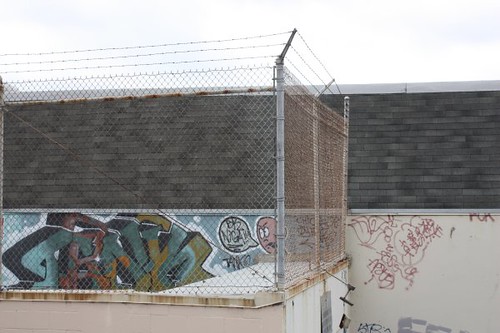 Graffitti is good for yuppies.

It not only provides an astounding level of commentary on our present socioeconomic climate, but it also prevents us from sticking our heads too far up our asses. Don’t ever underestimate the power of graffitti, kids.

Oh – and don’t underestimate the wisdom of locals, either. They know everything – like where to find that absolute best sushi, ever. Lauren and Todd took us to an amazing dinner at Tataki, and while they’ll probably kill me for revealing the name of their super-secret restaurant, they should keep in mind that no one reads my blog. Besides, I have an obligation to my reader(s) to share amazing food like this: 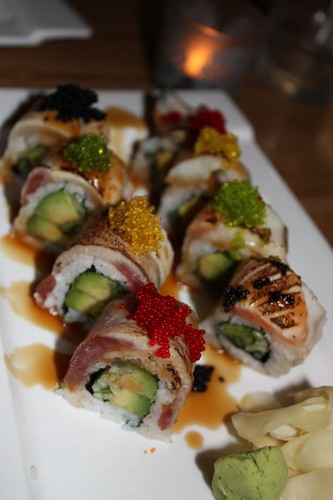 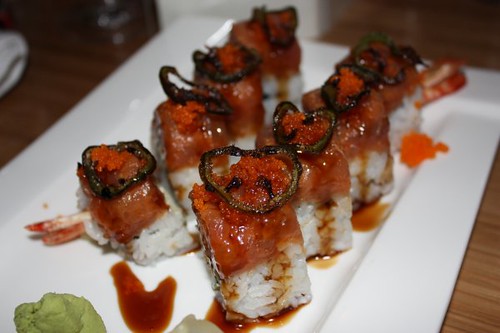 But as usual, my favorite part of the trip came courtesy of my husband driving me absolutely bat-shit insane, as he is wont to do. It is my belief that most adults have a gene that forces them to plan things out, to go places with some idea of how they’re getting home, or at least back into the country. It is a logical and sane little gene, and it prevents us from doing things like hopping into cabs and heading out into the middle of nowhere, or accidentally buying first class tickets TO FUCKING GERMANY and laughing maniacally when we see the credit card bill. It is, as I like to call it, the safe and sane travel gene.

My husband is lacking this gene.

It is the reason why, when he heard that Twin Peaks had the best view of San Francisco, he hailed a cab and told the driver to take us there. And despite the ever-increasing fare as we drove farther and farther away from downtown, or any sort of bus stop or BART station, he didn’t blink. And it is the reason why, when the cab driver looked at us suspiciously after we reached the summit and said, “You want me to wait?”, my husband said, “Nope!” and scampered off to see the view. Which was, by all accounts, pretty spectacular: 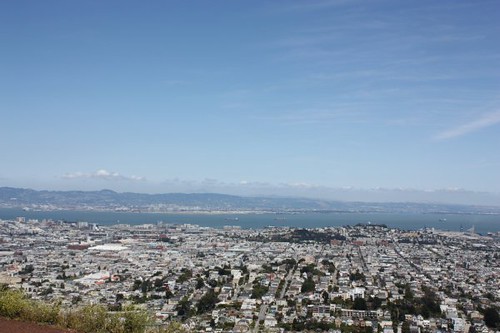 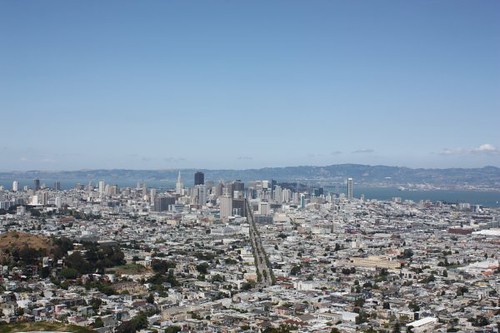 Of course, this left us with one huge issue, which seemed to be troubling me a lot more than Rand: how the hell were we going to get back down? Rand addressed this by buying a pack of M&Ms from a food cart and then suggesting we walk. Hence, the inadvertent hike. Of course, we weren’t wearing hiking shoes … 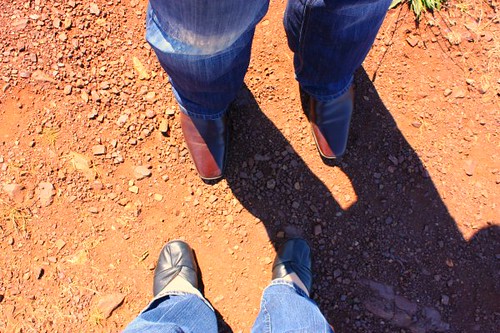 And it was crazy steep … 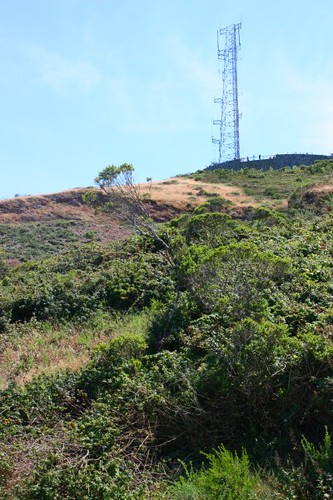 But he didn’t seem to care. He just kept eating M&Ms. 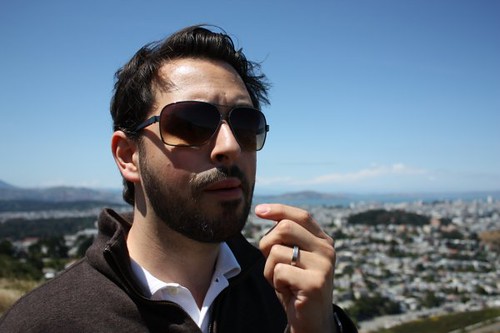 And I suppose at some point, I should have said something. Something like, “We’re going to slip and die” or “This is a really horrible idea and we should call another cab” or “What the hell is wrong with you, anyway?”. But it was kind of too late for all of that. Besides, Rand has this way of suggesting completely insane things with such level-headed clarity that, against my better judgment, I listen to him. And as things get progressively crazier and crazier, I just kind of go along with it. Because, honestly, if I didn’t, I’d miss out on so much. My safe and sane travel gene doesn’t give me any stories. It doesn’t make me shake my head and laugh and wonder what the hell we were thinking. It certainly doesn’t eat all the blue M&Ms because it knows how much I hate the blue ones.

So I give in. And I listen to his insanity. Because without Rand, it wouldn’t even be travel. 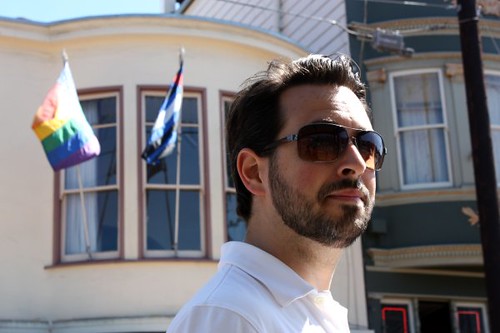 Yeah, that’s right: I’m stupid for you. Please don’t get us killed.