I forgot to include the craziest thing about last weekend’s drive down to Astoria. Between exits 72 and 73  on I-5 in southern Washington, roughly 90 miles from Seattle, are these delightful billboards: 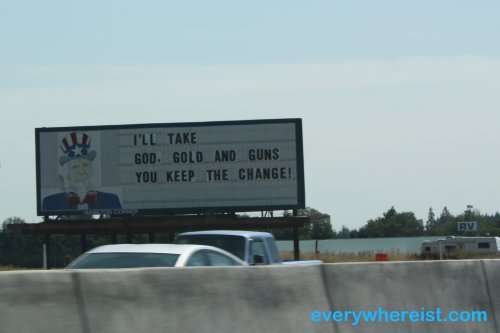 This one can be seen heading southbound. 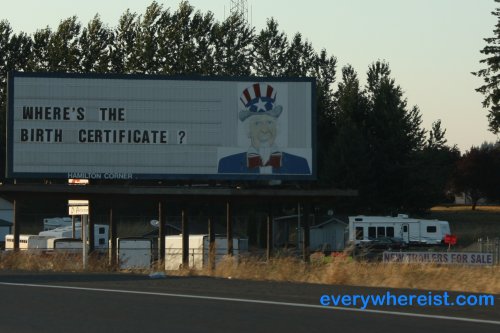 And this was the view heading northbound.

To quote my dear husband, WHAT THE CRAP HELL?

We’ve seen them a few times (basically whenever we head down to Oregon) and they change every few months. Occassionally they’re really strange or obtuse, but as of late they’ve been more direct (and distinctly anti-Obama). I particularly love the phrase “you keep the change”, which manages to sound threatening and moronic all at once.

There’s not much else to say, really. They’re just kinda messed up.