My husband travels. A lot. There are days when I forget where he’s gone. Someone will ask, and I’ll stare blankly for a few seconds, before answering, “Um … California?” I live terror of the idea that I’ll be involved in a car accident, after which a doctor will ask me a series of questions to make sure I haven’t completely lost it.  And he or she will ask me where my husband is, or what day it is, and I won’t have the faintest idea (because I also never know what day it is). Then they’ll lock me up someplace quiet and bring me Jell-O in plastic cups.

Which actually wouldn’t be that bad, or that undeserving.

Obviously one of the reasons I travel is in order to be with Rand, and I rarely take trips without him. I can’t actually sleep (and his side of the bed usually remains untouched) when he’s out of town : 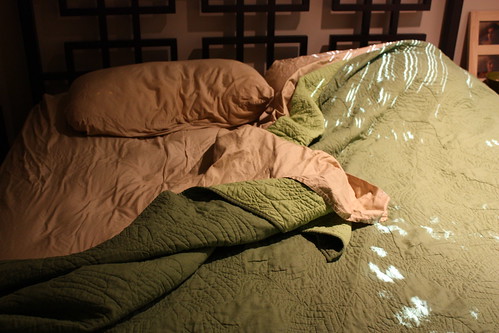 I didn't even pull the comforter down ...

But I also travel with him because, when left a home to my own devices, I keep doing things that are evidence of my own crazy.

For example, I wrote this, and seemed to think it was hilarious. Personally, I imagined two military personnel (one high-ranking, one low) having this exchange: 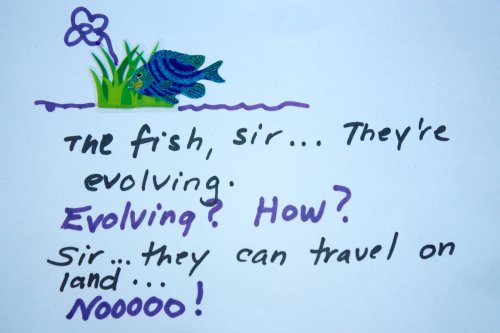 When I showed it to my husband, he quietly shook his head and hugged me. Which is often how it goes.

And then there was this, which didn’t even happen as a result of Rand being out of town. He just stayed at work late, so I had this greeting him on the floor when he came home: 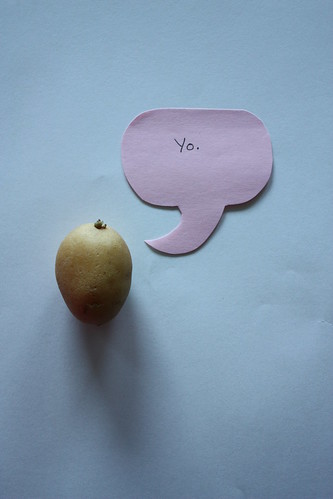 It then prompted this exchange:

Rand: Why is the potato saying “yo”?

Me: Damn it. I thought you were going to ask why it was on the floor. I had an answered prepared and everything.

Rand: Okay, fine, why is it on the floor?

Me: Because potatoes grow in the ground, so, you know, the floor is closer to home.

Rand: That was your prepared answer?

He then asked again why it was saying “yo”, to which I replied, “I don’t know … doesn’t that seem like something a potato would say? You know … ‘Yo … I’m a potato’?”

He’s currently in Palo Alto (I think. He might be in San Francisco) for the day, and fortunately he’s coming back tonight so I don’t have to try and fall asleep without him. In the meantime, I’m trying to think of something to do before he gets back. I was considering putting thought bubbles on all of our family photos with sayings like, “I LIKE PORK.” and “I will never forgive his affair with CHEWBACCA.” But after the potato incident, that might be too predictable.