They say that everyone has a twin somewhere out there. French photographer Francois Brunelle’s I’m not a look-alike project explores this concept, as he finds unrelated twins around the world and takes pictures of them together. I, personally, find it equal parts creepy and delightful.

I haven’t had the pleasure of finding my own twin, though once in college this guy yelled at me, “Hey, Gina!”. I turned, because I thought it was my cousin Stef, who at the time lived in the area, and called me “Deena”. It wasn’t, obviously, and I was so confused that I just walked away, saying, “No, sorry.” The guy looked heart-broken. “Gina, what’s wrong?” he called after me. “What happened?”

I really should have stopped – it was just one of those crazed days where you don’t think about it. Someone yells at you on the street, and you just keep walking. I suppose if I had stopped to talk to him, I might have found out who Gina was, and found my own doppelganger. Instead, lately, I just seem to be finding everyone else’s.

There are those I know, of course – like how my cousin Valeria in Italy bears a striking resemblance to Fairuva Balk (who you may remember as Mildred Hubble in The Worst Witch). Val’s on the right, FYI: 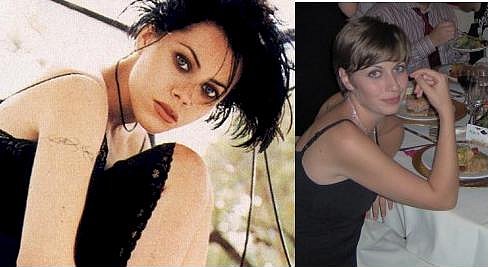 They actually look more alike than this photo suggests – this is just the only pic of my cousin that I could find where she didn’t have a buzzcut (she “grew out” her hair for my wedding). Whenever I see photos of Fairuza, I can’t help but think it’s Val. And that consequently makes me freak out, because usually Fairuza isn’t wearing a bra. That, and the fact that Val is actually prettier than dear, crazy Fairuza, are pretty much the only differences.

And then there’s my father-in-law (at right) and Senator Chris Dodd, D-Connecticut (on the left): 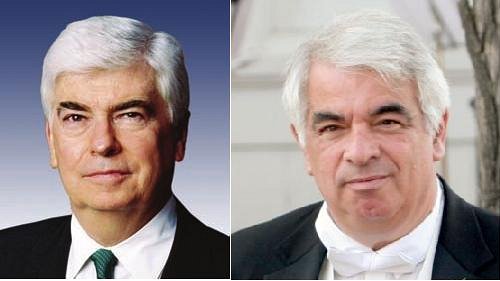 The fundamental difference being that Rand's dad is a big ol' Republican.

And also, because Rand begged and pleaded with me to include it in this post (and okay, he’s right), there’s Mike Tomlin, coach of the Pittsburgh Steelers, and Omar Epps, who plays Eric Foreman on “House.” I would have done a mash-up, but blogatrix Joanna Burns already did a brilliant job of it, and her accompanying post is tre funny.

These, of course, are known variables. What’s truly strange is when you see familiar faces in the most unexpected places … Like how, when we were in Oslo, I saw an ad featuring a scantily-clad model … 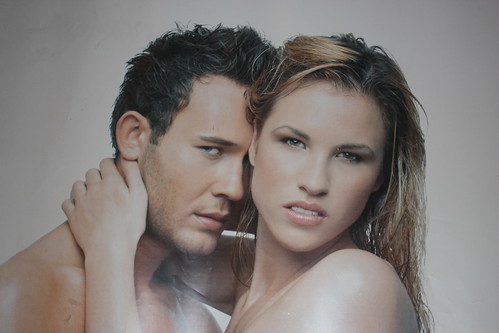 … who looked like my sister-in-law, Val (side note: everyone in my family is named Valerie):

The male companion seems to have been downgraded substantially. Tough break, Val.

And speaking of Norway, it might have been because I was missing my favorite lovely Norweigan, Lisa Myers, shown here (with her husband, Jon, in all their newlywedded glory) … 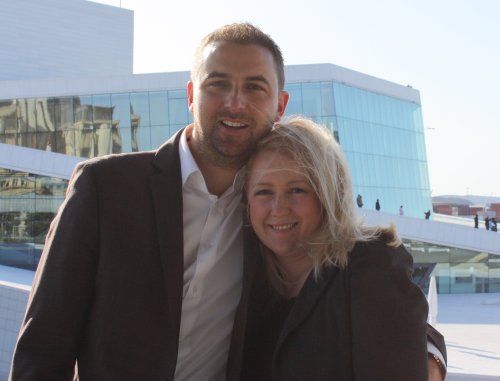 The sun wasn't actually shining. Lisa just happens to glow like that.

… that I took note of this model in the Nordstrom‘s catalogue: 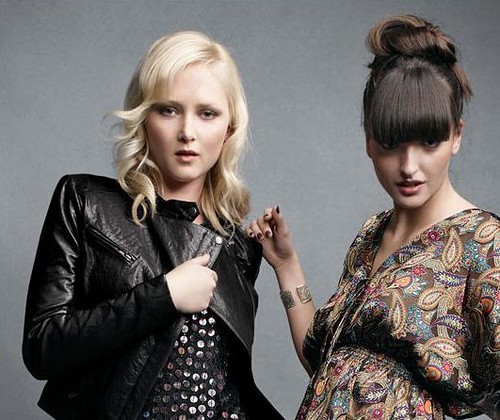 It’s strange to think that there are people all over the planet who look alike, most of whom will never meet. But somehow, it makes traveling to new places seem less lonely … after all, you never know when you might turn a corner and see someone you know. Or when you might be surfing the internet and want to scream because FAIRUZA, DARLING, YOU HAVE TO PUT ON A SHIRT.

Err, sorry. You get my point.