Skip to content
Posted in: The Week in Travel

It is stunning in Seattle right now. We’re only here for two more days, counting today, and that makes me a bit sad, because really, it is glorious. 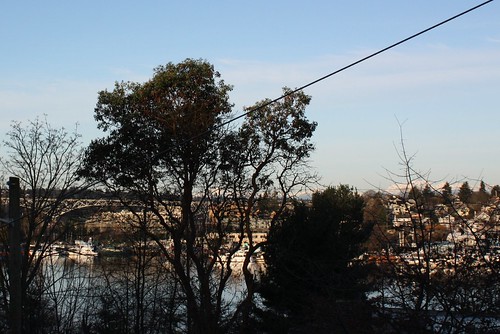 We’re off for San Diego next week, and New Orleans after that, with Rand hopping on planes throughout for meetings all over the damn place. He’s important like that.

It was 10 years ago this week that he and I first met. I used to have a photo with the two of us in it from that night, but I think the boy I was dating at the time has it. Just as well – we’re far lovelier in my memory.

The week that went was far more bittersweet …

London Fashion Week opened with a moment of silence for Alexander McQueen, who hung himself last week, several days after his mother’s death. Personally, I always loved the tartan dress he made for Sarah Jessica Parker, even though I might be in the minority. I happened to be in Scotland when I heard of his death, and it was all over the press there and in the U.K.

In far cheerier news, a Canadian ship sunk off the coast of Brazil – but everyone on board is safe and accounted for. The ship is owned by a Canadian school, and was full of students who are part of a program that allows them to study while sailing around the world (which sounds friggin awesome). I hate that I’m so jaded I find good news like this downright shocking, but hell, I’ll take it.

And for those of you living in a cave, the Olympics are going on. But the only thing I’ll note about that (since there’s far, far too much to say) is that David Moeller, the German silver medalist in the luge, chipped his tooth pretending to bite his medal. Which I find adorable.

Finally, a passenger on Jazz Air (a regional Canadian airline) was recently kicked off his flight when his au natural man musk became too much for other passengers. And by now you’ve heard about the hefty (but by no means ‘safety-of-fellow-passengers-is-now-at-risk hefty’) Kevin Smith getting kicked off a Southwest Airlines flight. If only the underwear bomber had been obese. Or stinky.

That’s all in travel news for this week, folks. If you’ve got anything to note that I missed, please post a link in the comments.

See you next week!