Pride was a few weeks ago in Seattle, and while we really haven’t had much of a summer (as we’d been promised) it didn’t stop folks from stripping down, dancing in the streets, and being freely and gloriously exactly who they are. Rand and I popped down to see the parade and enjoy the festivities, and while I could spend hours trying to describe the inclusive, loving feeling that was hovering around Seattle Center on that day, I think photos probably do a better a job. Here are my top ten pictures from Seattle’s 2010 Gay Pride festival and parade.

1. A rainbow flag flies atop the Space Needle (for the first time, ever). 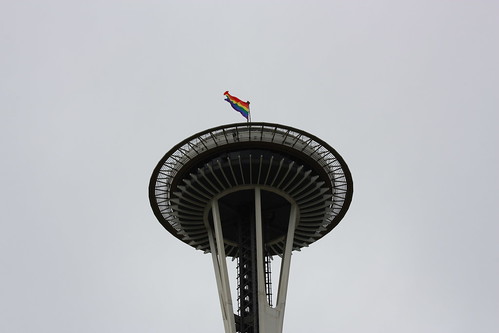 2. The t-shirt my hubby wore to pride. 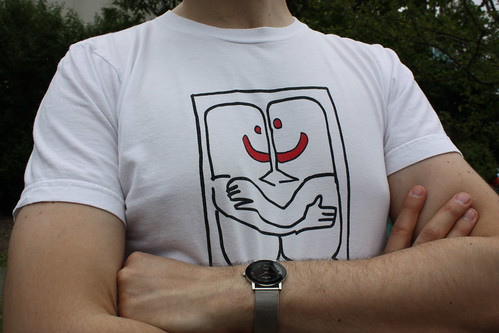 3. Man shows off his python (make up your own joke). 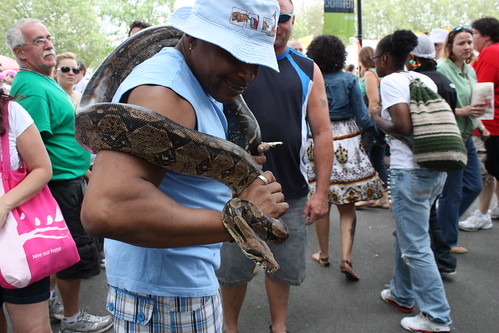 He was quite friendly and bore a striking resemblance to L.L. Cool J. 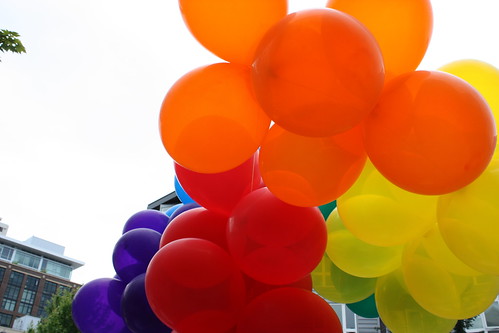 Yay! Conservatives might have guns and cornbread, but we've co-opted balloons! 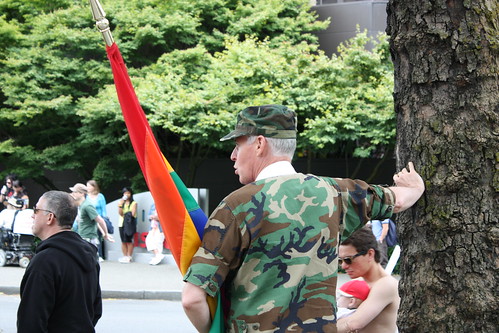 I'm not actually sure if he is/was in the military. He certainly looked authentic.

6. Man in newspaper gown and headdress. 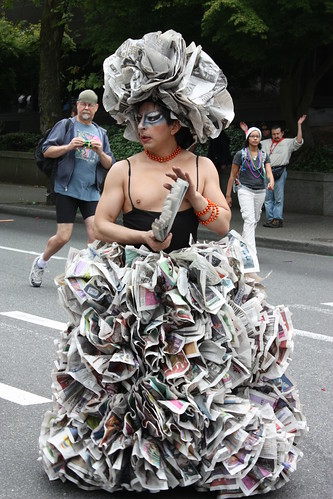 Eat your heart out, Scarlett O'Hara. 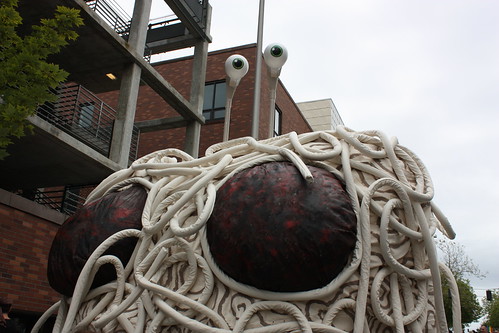 I was touched by his noodly appendage. 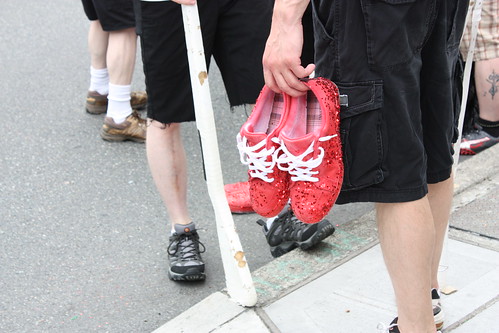 9. Robin, Supergirl, The Riddler, and Batman. 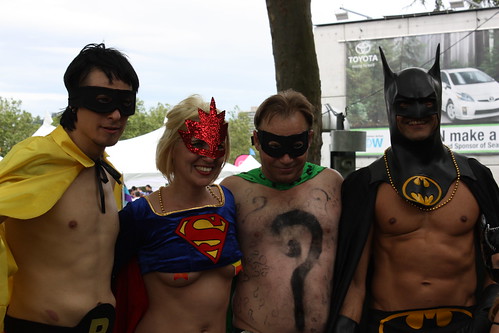 Best. Costumes. Ever. (Not pictured: Catwoman) 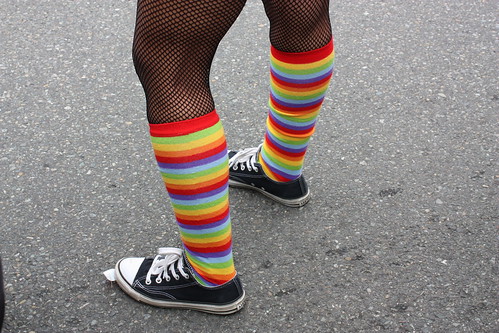 Haven’t had enough rainbows and tiaras? Check out all my photos from Seattle’s 2010 Pride festival.