I recently asked my husband what my site was lacking, and his response was infographs. Lucky for you, I don’t really know what those are so instead, I drew pictures of hamsters. Unfortunately, I drew it on the back of some crappy scrap paper left over from a job I had, like, four years ago – meaning that you can occasionally see the writing on the other side. But anyway …

Living in the Pacific Northwest, you learn to live with some pretty insane weather. You can generally tell that the meteorologist on the evening news is guessing, at best, as to what the next few days will bring. Ultimately, I think their prediction method falls somewhere along these lines.

Step 1: Create iconography for different weather forecasts, and place them on the floor of a room. 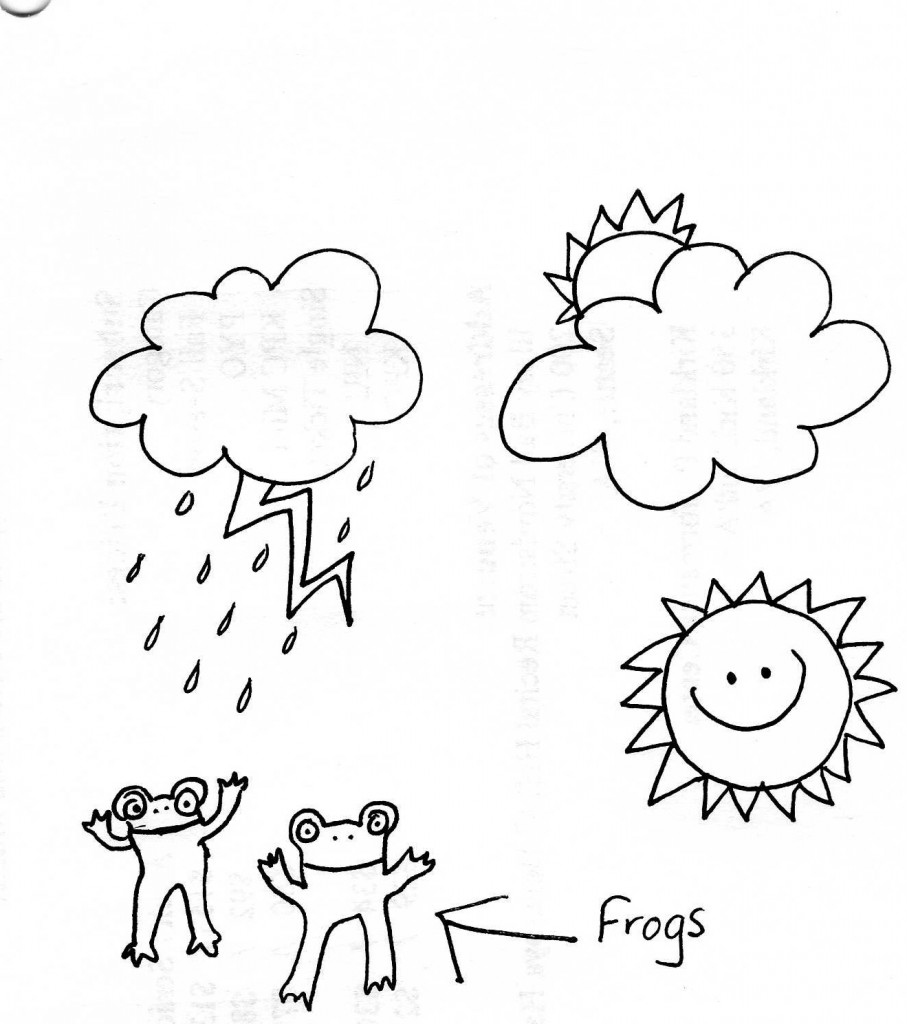 I swear there's a documented case of it raining frogs, but Rand says that I made that up. 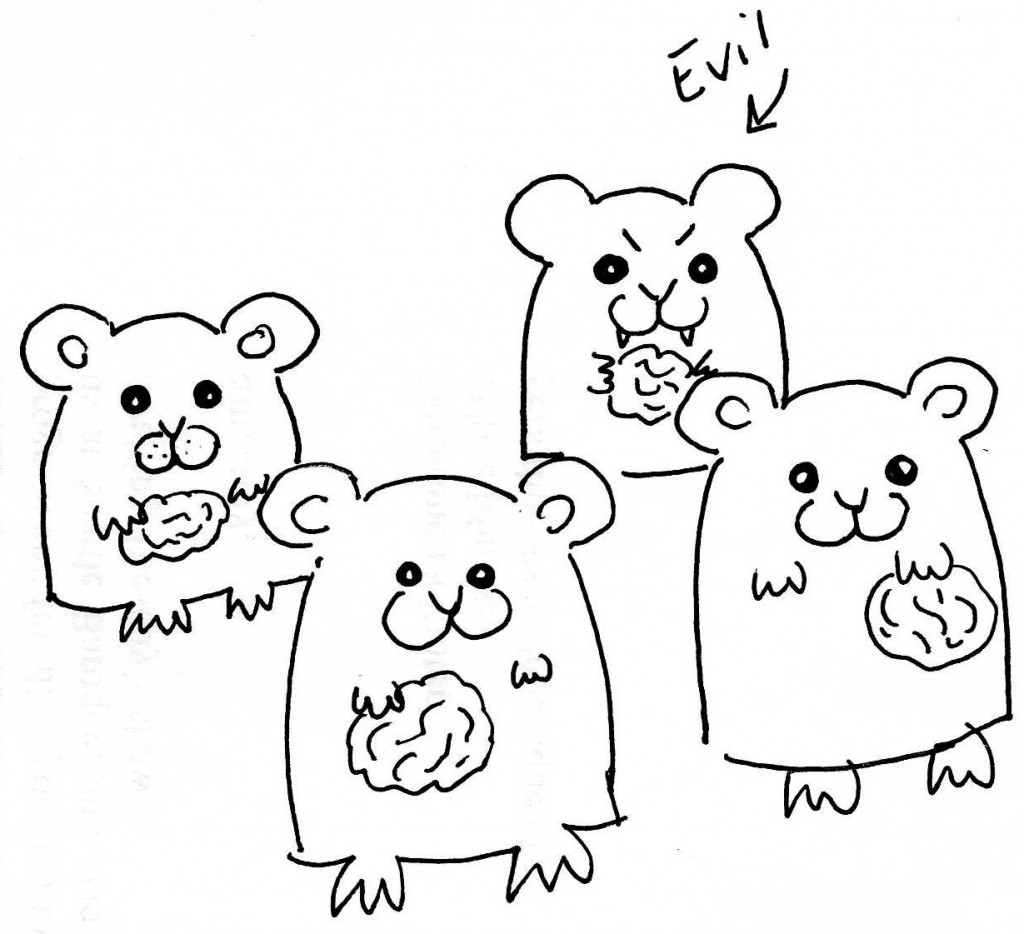 Everyone knows that one out of every four hamsters is evil. It's a fact.

Step 3: Unleash the hamsters in the same room where you’ve placed the iconography. See which picture they poop on the most. 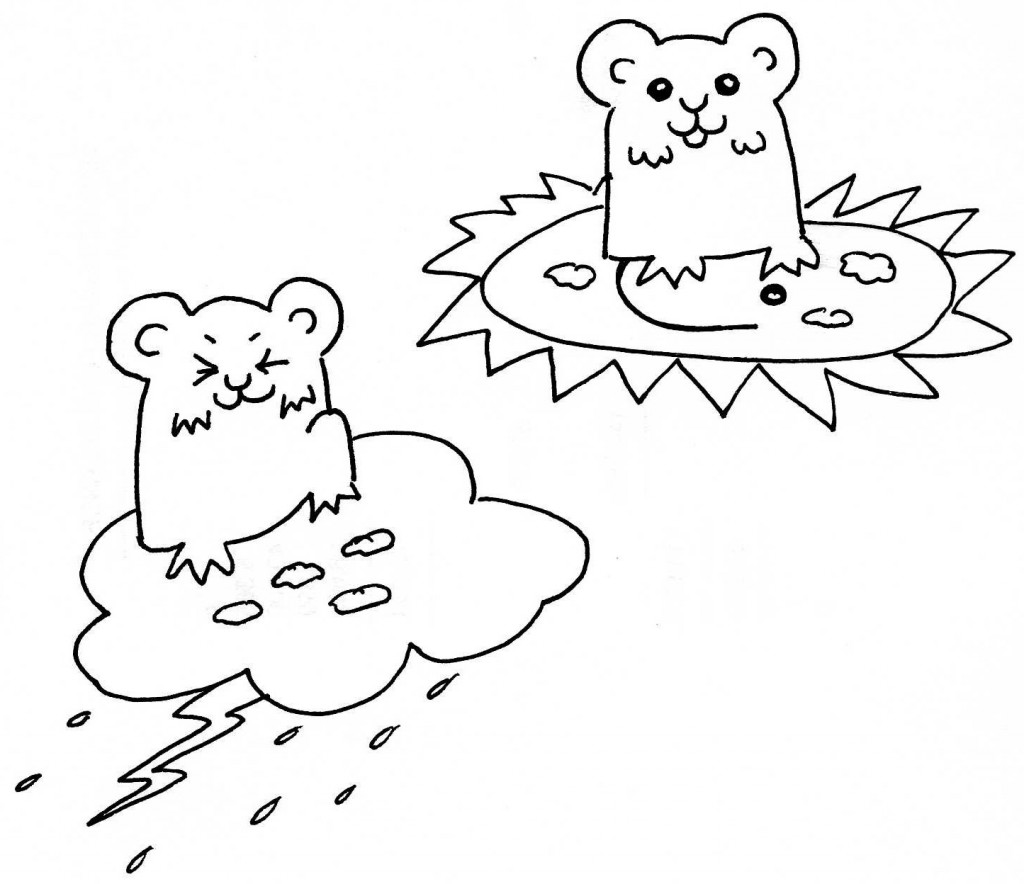 Have an unpaid intern clean up afterward.

Step 4: Determine the weather for the next day based on which iconography is covered with the most hamster feces. If two of the symbols have roughly the same amount of poop on them, expect some sort of combination of the two. This can lead to some unusual weather patterns. 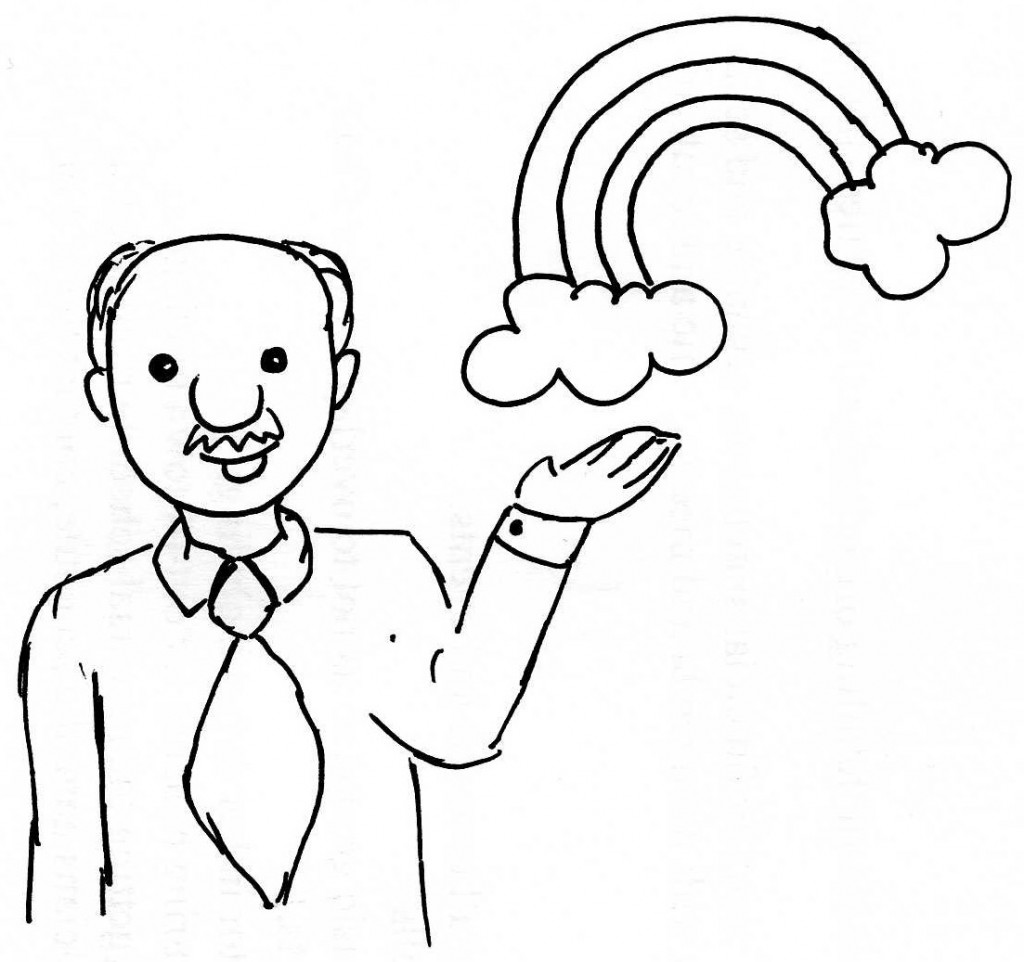 "Expect golfball-sized hail followed by a crapload of RAINBOWS!"

And if your predictions turn out to be woefully inaccurate? Simply blame the evil hamster. 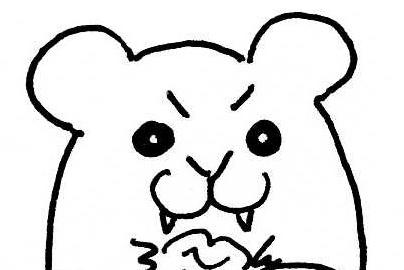