Things never turn out quite how you imagine them.

I try to remember this whenever I find myself setting up expectations. Whether it’s a new trip, or an event, or meeting a new person, I’ve always created some sort of script in my head for how things will play out. Often, it’s a recipe for disappointment. The hotel is on a noisier street. The city smells much more urine-y than I had anticipated. The caterer will be late … or possibly drunk. And the people on whom you’ve placed so much pressure to be awesome, may be lovely in their own right, but they can’t match the person you’ve built up in your head.

I reminded myself of this as I went out to meet Deanna, the blogatrix behind Traveling Monkeys. She was popping into Seattle for a few days with her family, and we had arranged to meet. And she had a tall order to fill. Because the Deanna who I had constructed from her tweets and blog entries was fantastic. She was funny and sarcastic and sweet. And, hello? She has a NINJA BABY.

I had our entire afternoon planned out in my head: we’d become fast friends, swapping movie quotes from The Princess Bride and laughing at things that would take too much time to explain to third parties. Maybe she’d ride in on a pegasus (because unicorns are SO overused lately) and she’d have a present for me.

But other than that? She was pretty much exactly as awesome as I had prophesied. There was no pegasus, but she did bring me a present. It was thematically similar to the present that I made for her daughter. Behold: 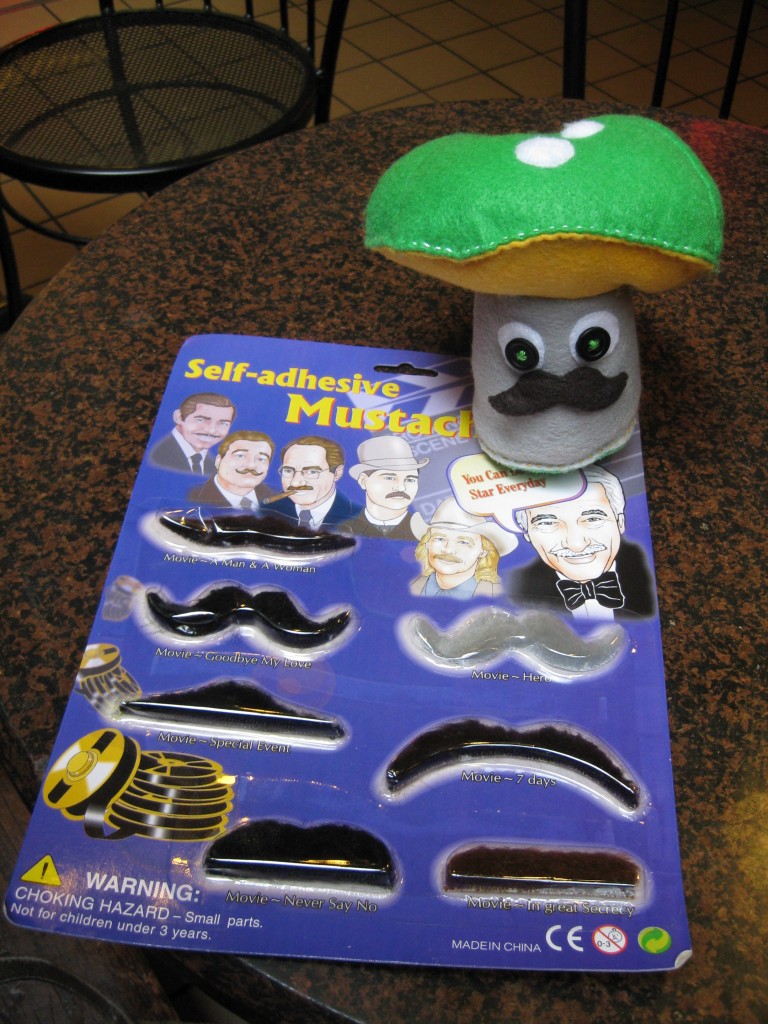 She brought me a multi-pack of fake mustaches. I made her daughter a (slightly wonky) mustachioed mushroom.

I’m trying to think of a way of turning what is obviously my innate ability to predict the future into a successful run in Vegas. But more on that later – let’s talk about my afternoon with the Ninja Family.

We met at the Pike Place Market, which is on everyone’s Seattle to-do list, and with good reason. You don’t travel to Seattle and not visit the market, any more than you would go to Scotland and not visit the Loch Ness monster (as an aside to my husband, I am tired of you dismissing so many of my vacation activity suggestions as “fictionally-based, and also crazy.”)

We roamed around a bit, grabbed some mini-donuts from The Daily Dozen (which, unsurprisingly, comes up on my blog fortnightly), and had lunch at Lowell’s. I would not recommend the latter – I was woefully disappointed in the service, which culminated in the waitress failing to bring back change from our bill and assuming that she merited a 25% tip, even though she was a moron (there might be a Dick Move! in the works, but what could I do to her that life and poor dental hygiene haven’t already?)

Afterwards, I dragged them to the Olympic Sculpture Park, where Ninja Baby tried to camouflage herself to her enemies by rolling around in gravel. She is obviously a master of disguise, and could very likely be lurking in your home right now. Seriously, double check the potted plant that’s been cooing in the corner.

Oh, and I’m pleased to report that Deanna did not laugh when I tried to move what I thought was a plastic lawn chair, but ended up being a piece of “installation art” that was bolted to the ground. So, you know, thanks for that. 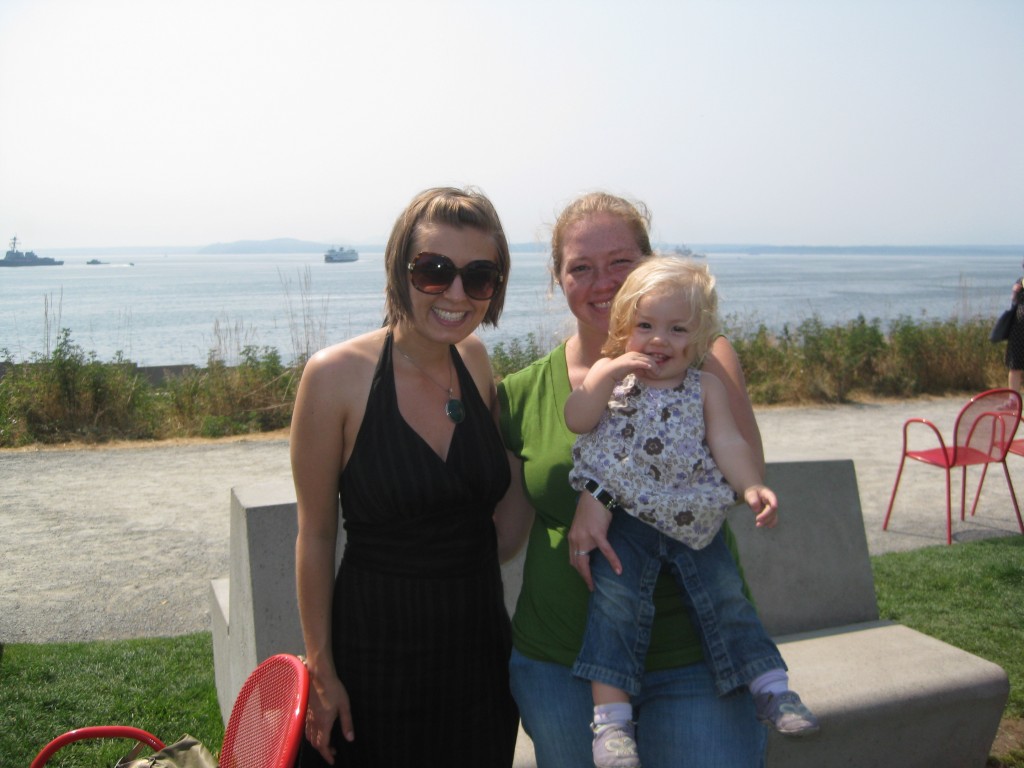 Um, how friggin adorable are they? (Also, please ignore my terrible posture.)

So, the moral of the story? Things never turn out how you imagine them. Having ridiculously lofty, unreasonable expectations of a person’s innate coolness can leave you feeling disappointed.

Unless you happen to be meeting Deanna.*

*except for the pegasus thing. I was kind of disappointed about that.