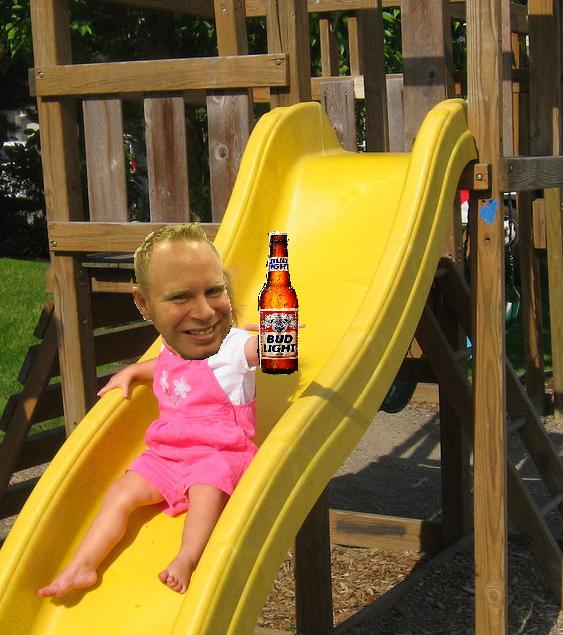 Upon hearing about the Jet Blue fiasco of this week, I instantly began frothing at the mouth, as I usually do when travel-related Dick Moves! happen, and I have fodder for my blog.

I’ve since wiped away the foam from my chin, but have maintained a healthy state of righteous indignation.

Yup, that’s right, I said passenger (Didn’t expect that, did you? Yeah, my blog is full of surprises. Unless you read the titles of posts.)

Don’t get me wrong – Steven Slater, the Jet Blue flight crew member who jettisoned out of the plane isn’t exactly free of guilt here. He completely over-reacted, behaved in a woefully unprofessional manner, and sounds likes a bit of a jerk. I’m sure he’ll have trouble getting hired by any air carrier, and it seems like he threw out a pretty stellar 20-year career for no reason.

Not the wisest of choices, to be sure. But it was his career to throw away, and frankly, I can’t think of a better way to hand in your resignation. Apparently Slater grabbed a beer, told the entire plane to F#ck off, and jettisoned out the emergency slide. Don’t tell me that’s not awesome.

I bet he had thought about it for years.

“One day,” he might have said to himself, or perhaps a coworker, jokingly, “I’m just going to jump down that damn slide and then? Freedom.”

And then he did. He snapped. And while perhaps it wasn’t the best way to do it, it certainly wasn’t the worse. People lose it all the time at their jobs, and as long as it doesn’t become the subject of a news story that ends with the phrase, “Before turning the gun on himself,” I’m pretty forgiving.

So this Dick Move isn’t for Steven Slater, though he came in a close second.

No, this Dick Move is for the Jet Blue passenger who set him off.

Because that woman is a total tool.

If you missed the details of the story, apparently this whole mess started when the plane had landed and was taxiing to its arrival gate. This is usually when people start itching to stand up, and the crew often need to remind people to sit their asses down (in Italy, the second the plane hits the ground, it’s pure Bacchanalia). One passenger stood up, and refused to sit down when Slater told her to take her seat.

Instead, she started pulling her bag down, and (depending on whose account you believe) clonked Slater with either the bag or the overhead bin door in the process.

Just so we’re clear, she ignored him, got up when she wasn’t supposed to, and physically accosted him. Oh, and apparently she had gotten into a fight with another passenger before that.

So Slater kind of lost it, and made his aforementioned dramatic exit.

As a result, he is facing some serious ramifications – including jail time – for his actions, a small portion of which probably deserved. Now matter how slice it, he screwed up. But at least he’s paying for his Dick Move. I’m guessing the ill-mannered law-breaking passenger involved in this mess is getting off without a single reprimand.

And that’s just not right. Because passengers need to stop behaving like entitled douches. We need to respect flight crew members. We need to listen to what they and the captain say. Because most of the time, they’re aren’t just talking because they love to hear the sound of their own voice over the PA.

If everyone listened just a little, fewer people would get physically hurt (e.g., people are often injured during turbulent rides because they don’t pay attention to the “Fasten Seatbelt” sign). Planes would often leave in a more prompt manner, because everyone would neatly stow a carry-on in the overhead compartment, and one under their seat. There would be less confusion, and less stress.

I’m not saying we should stop questioning authority. I’m not saying we should do absolutely everything the TSA-holes suggest we do. I’m just saying that we shouldn’t openly disobey the rules during a flight. Especially for no reason. Seriously, once she got her bag, what exactly was she going to do? The plane wasn’t even at the gate. It was just pure pig-headedness and stupidity on her part.

The irony of all of this? The passenger who allegedly hit Slater was probably trying to get off the plane faster. But in doing so, she pissed him off, and he released the emergency exit, delaying them all. Does Slater share the responsibility for that? Absolutely.

But so does she. So I say DickMove, Jet Blue Passenger.