Rand and I are lucky: we have awesome friends. And while that statement should be a given from nearly every single person on the planet (I mean, why be friends with people who you don’t think are awesome?) it often times isn’t the case. I’ve talked to my fair share of people with the occasional friend who’s nasty. Or critical. Or just plain lame.

Laura and Chris are not any of these things. And so when the opportunity arose to visit their house outside of San Francisco, we took it. Because, we assumed, they lived in a magical wonderland full of toys and fun.

And, holy cats, they do.

Their home is about 45 minutes outside of the city by train. I will discuss this no further, since, like all hip and intelligent people who are forced to buy homes outside of the city (because they don’t want their future children selling crack by the age of 8), they are sensitive to this point. Let me simply say that Rand and I hopped on a train, and spent a few sunlight days and nights in a BART compartment that smelled of urine, and it was all worth it.

The name of their neighborhood escapes me. The majority of the houses there are designed by Joseph Eichler, a developer who was active from the 50s to the mid-70s, and maintained an aesthetic not unlike Frank Lloyd Wright’s (at least, as far as I understand). People who understand things like interior design and home decor go absolutely crazy about this sort of thing. Sadly, like physics and mixing prints within the same outfit, it is something that I appreciate, but don’t fully comprehend.

The houses on Laura and Chris’s street were all Eichlers … 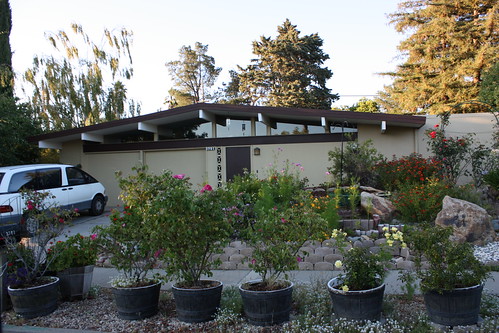 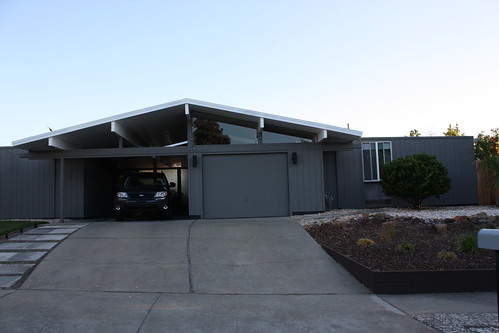 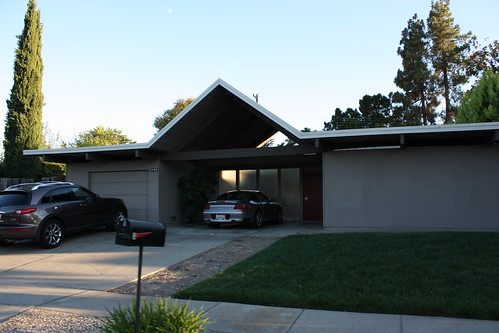 When we finally arrived in <insert name of town here> we realized our hosts were wearing the same outfit. Did I mention they’re nuts? It’s delightful, really. One year they dressed up as Captain and Tennille for no other reason than to take their annual Christmas card picture. 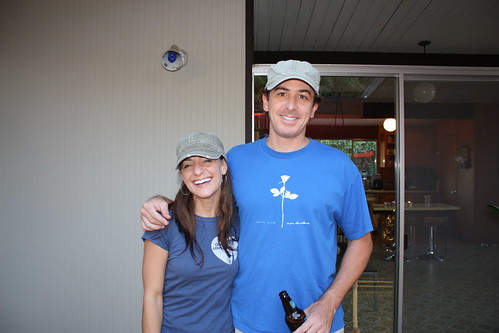 Chris looks like a dork in this photo, therefore I used it.

When we first walked inside their front door, we were greeted with the “HOW THE HELL ARE WE STILL OUTSIDE?” experience of walking straight into an atrium. For the record, whenever I hear the word “atrium” I think of the one mentioned by Bobcat Goldthwait in his seminal masterpiece, Hot to Trot. (If you haven’t heard of this film, simply read the IMDB plot summary, and then go have a drink.) In brief, John Candy provides the voice of a talking horse that is brilliant at gaming the stock market. Yes, I’m serious (see? This is why the aforementioned drink is necessary). Anyway, Bobcat makes a ton of money, and buys an apartment with an atrium. 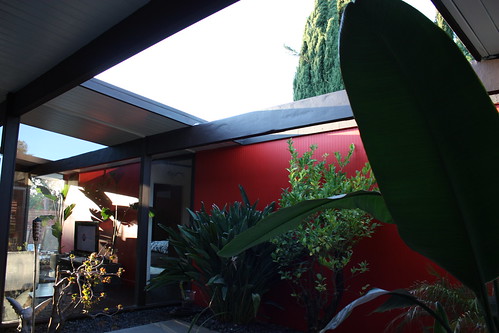 It may have been that I had talking horses on the brain and consequently this painting, revamped by Chris, caused me all sorts of wonderful joy: 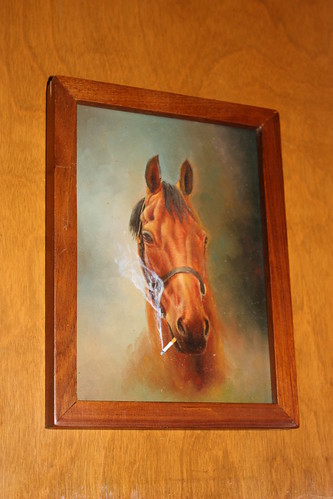 Chris and Laura read dwell magazine, so instead of having a house that looks somewhat like a manic depressive went on a bender in IKEA, their place is fantastic. This is their living room. Notice the absence of posters mounted on the wall with thumb tacks or tape. 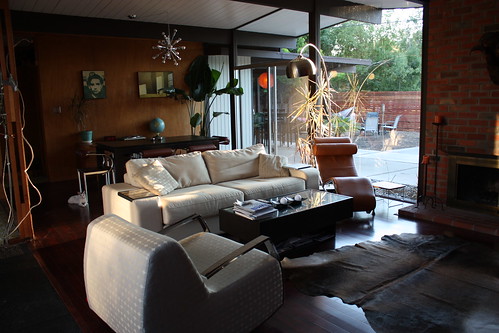 The awesomeness of this actually defies words.

It extends into this little nook, which I think doesn’t really have a name. That’s right: their place is so cool, some parts of it refuse to conform into traditional rooms. 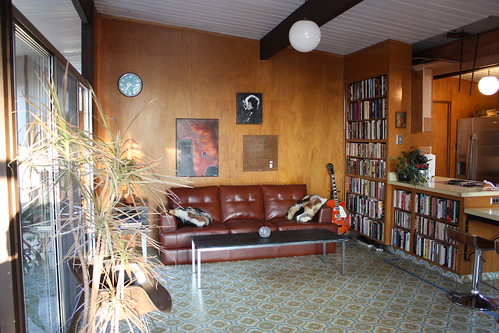 All paintings are badass, and created by Chris.

Rand and I basically went around gaping at everything, and leaving fingerprints and drool on all of their possessions. I would have apologized, but it’s their fault for having nice stuff. 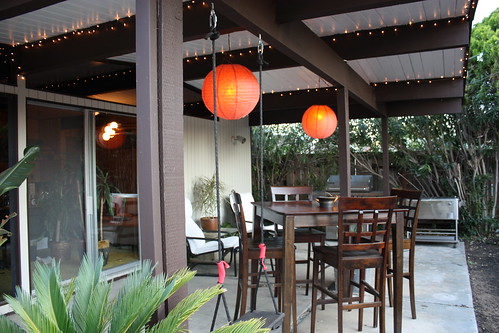 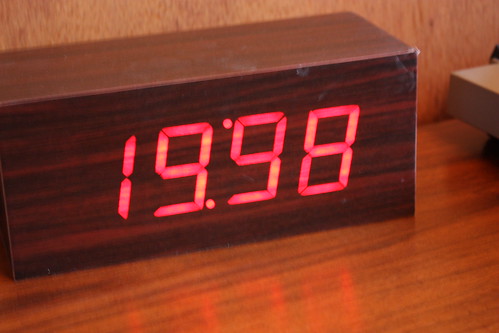 A minute later, we would party in the manner that Prince had predicted.

We had a lovely time. The only downside to their place is that there is a lot of glass (both in the form of windows as well as sliding doors) and it made me nervous. Protecting yourself from a zombie attack would be virtually impossible in a home like that of Laura and Chris. I imagined walking corpses tearing through the back windows and dropping in through the atrium. If you were lucky, you might hear them as they accidentally fell into the pool. Still, the chances of being devoured by the undead in an Eichler home seem pretty high.

But other than that? Completely awesome.