Hello. My name is Geraldine, and I am a drama geek.

It’s been nearly a month since my last play. I’m handling it okay, but I really, really want to see a show. I’ll take whatever you’ve got: off-off-off-broadway, improv, even a secular “winter concert” at an elementary school. SOMETHING. Anything.

Over the years, I’m scrimped and saved, even hawked clothing to be able to afford theater tickets. I’ve even dragged my friends and family into my addiction, forcing them to go to plays and shows with me.

And I know that, no matter how hard I try, I will be a drama geek all my life.

It’s what compelled me to do the backstage tour at the Oregon Shakespeare Festival last summer; it’s why I dragged Rand and our friend Ben to a miserable performance of Endgame in London’s west end last year; and it’s why I finally made a pilgrimage to Shakespeare’s Globe theater in London a few weeks back. 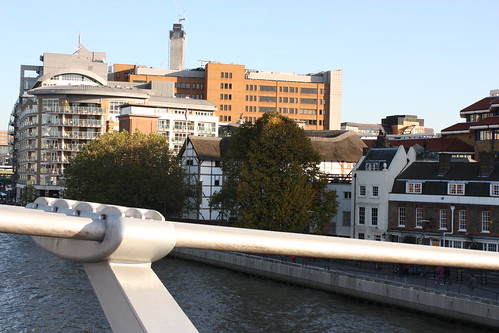 It's hiding behind those trees there. Apparently the theater is camera-shy. 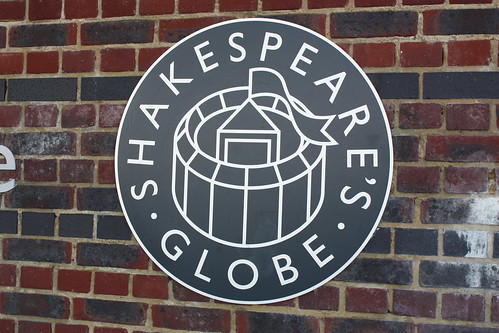 And yes, it was fantastic.

For the first time since the after-school drama class that met in Dr. Faist’s room in high school (RIP, good sir), I felt at home – surrounded by my fellow drama geeks, all eager to see where Shakespeare’s brilliant plays had been performed for Queen Elizabeth (who will forever, in the theater of my mind, be played by Judy Dench).

There’s only one problem: Shakespeare never stepped foot inside this iteration of the globe. Neither did Queen Elizabeth. The theater is, in fact, an entirely brand-spanking new reproduction, opened to the public in 1999. The original theater (called simply “The Globe Theater”) was located just 700 feet away (and I think there’s now an ale house on that spot, or something like that. The point is, it’s long gone). It burned down in 1613 during a production of Henry VIII (according to legend, a cleaning rag had been left in one of the canons that was set to fire during a scene. The canon fired, shooting the burning rag onto the thatched roof). It was rebuilt on the same spot the very next year, but was closed down (and later torn down) by Puritans, led by killjoy Oliver Cromwell, in 1642.

The new reproduction was nearly 30 years in the making, owing to the difficulty of the design (the whole thing is wood), and the restrictions of modern firecodes. Despite not knowing exactly what the Globe looked like (photography in the 1600s was apparently prohibited), the new theater is considered a faithful interpretation. Like the original, there’s a thatched roof, but this time it’s affixed with an elaborate sprinkler system in case of fire. And because it’s a small world, and an even smaller theatrical world, the first artistic director of the theater was Mark Rylance, who also starred in that miserable production of Endgame we saw last year (note: the actors were wonderful. I just hate Beckett). 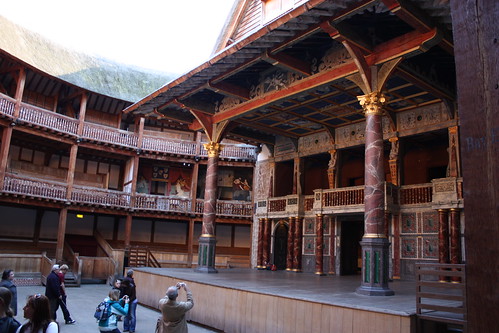 Don't let the elaborate paint job fool you: it's all wood. 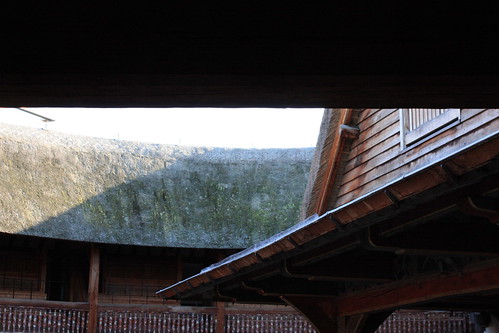 For a drama geek, it is a must-visit.

There are plenty of exhibitions and displays within the theater itself. There were some actors illustrating sword-fighting techniques on the day of my visit … 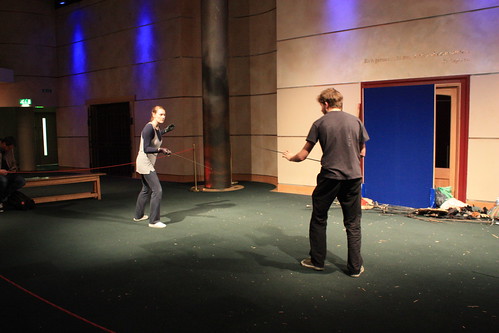 This straddled the line between dorky and awesome.

And some lovely collections … 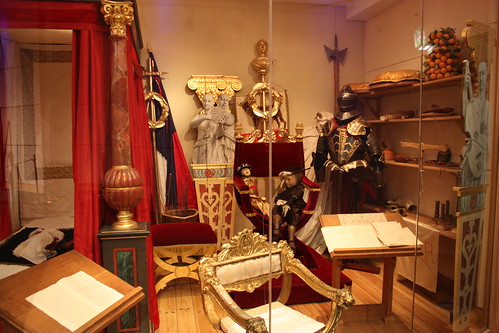 Some props and set pieces from past performances at the theater.

But the best part is the tour of the theater itself. Especially if you are fortunate enough to get a guide like the one I had. He was …well, just look at him: 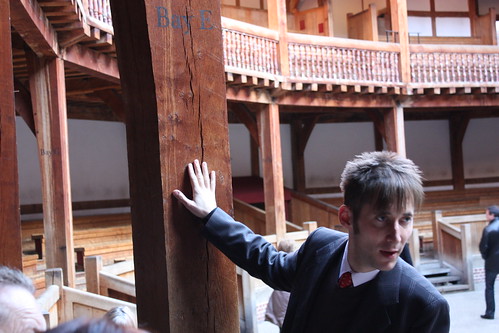 He's like the love child of Emo Philips and Brent Spiner.

He was WEARING A TARTAN SUIT AND A SWEATER VEST. I just about died with happy. And he was so damn excited about his work. It was glorious. Here he is describing the smell inside the original theater back in the day: 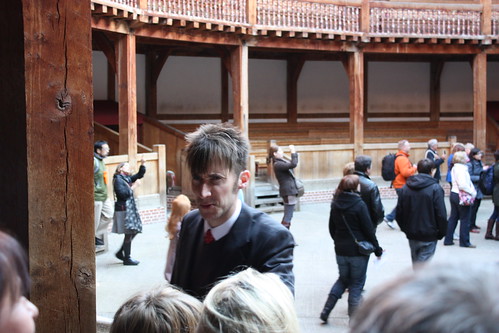 I dare you not to fall in love with him.

At the tour’s conclusion, he showed us some of the tiles outside the theater. Patrons who made donations to help fund the Globe were commemorated with their names on a tile. 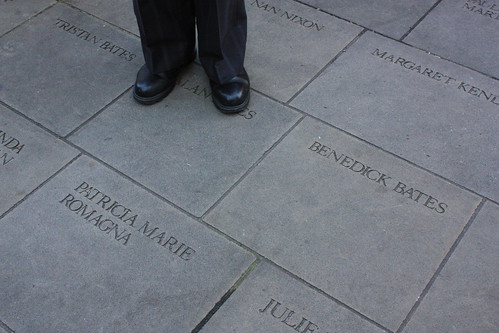 The bigger the donation, the bigger the tile. He pointed out two, which he explained were his favorites. They were both purchased by John Cleese (if you need me to explain who that is, stop reading my blog this instant). He purchased one tile for himself, and one for fellow Python member Michael Palin. He paid extra for Palin’s plaque, under one stipulation … 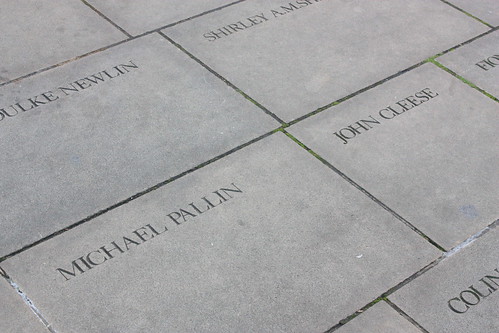 They had to spell Palin’s last name wrong.

I just about died. And that, dear readers, might be the litmus test for whether or not you should visit The Globe. If you find men in tartan suits delightful, if you live and breathe the theater, and if you want to be let in on inside jokes between members of Monty Pyton, then go.

But first, admit to yourself one thing: you, too, are a drama geek. That’s the first step.