Southern California is a different world.

There are those who are compelled to tell you otherwise. They claim that SoCal is not only part of our planet, but part of our country. This is patently untrue.

After all, the laws of my country are clear.  Marijuana is illegal; llamas do not have right of way; skateboarding is a crime; no shirt, no shoes, no service. The rules that govern my planet are even less debatable: summer last three short months; time, on this earth, passes at virtually the same speed for everyone; cloudy days exist. 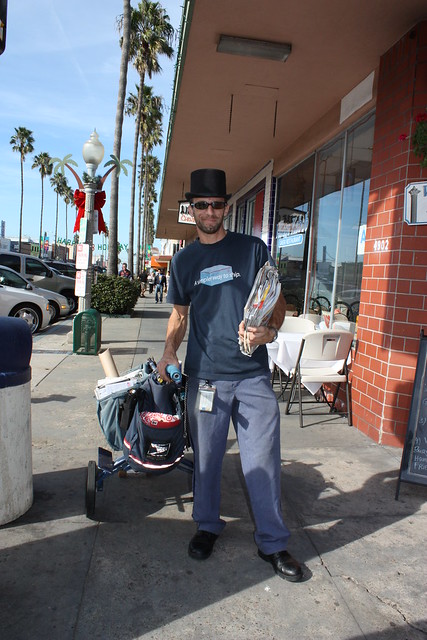 This dude was a U.S. federal employee? WTF?

“You are,” I said, somewhat startstruck, “the coolest mailman, ever.”

So I snapped a photo. And my cousin ended up shaking the guy’s hand. He permeated self-satisfaction, but not in an arrogant way. He was just a guy who was really content with his life and who he was, even if it defied the norm.

The sort of person who fits in perfectly in Southern California.