Warning: Do not throw stones.

Dale Chihuly and I have a checkered past. I may have, at some point in days gone by, said a few things regarding his artistic vision of which I am not proud. I am not going to repeat them here, but you can rest assured: they were really, really funny. Mean, but funny.

And it might have been that for several long years I called him “Dave” instead of “Dale.” In my defense, he never corrected me (this may be partially due to the fact that we’ve never met. But still).

I can’t really say why I’ve been so anti-Chihuly in the past. I often hold grudges long after I’ve forgotten why (fact: I intensely dislike Cory Doctorow, and I don’t remember what caused this. But I’m sure I had my reasons). Maybe Chihuly stole my parking spot one day while I was driving downtown. Or perhaps abstract glass art was originally my idea, and he completely took credit for it. Or it might be that, like Glee, iPhones, and thong underwear, I’ve avoided Chihuly simply because everyone was going on and on about how fabulous he was, and how the second I came around to him I’d never go back to granny panties.

Or something like that. Whatever my reasons for not liking him, rest assured, they were legitimate. Probably.

And so, you can imagine my utter shock when, at the Museum of Fine Arts in Boston a few months back, I stumbled onto a Chihuly exhibit and found that didn’t hate it. What’s more, I actually liked it.

I know. Given my not-at-all murky reasons for disliking the man, this total reversal of emotions was unprecedented. Let no one say I am unreasonable: I am completely willing to forgive people for transgressions that I can’t remember or may have completely imagined in the the first place.

Chihuly’s Through the Looking Glass exhibit is on through August 7, so if you are anywhere near Boston, you still have a chance to see it. The pieces that are on display are like the love child of Tim Burton and The Little Mermaid. They are bright and fun and organic-looking, and just a tinge creepy. 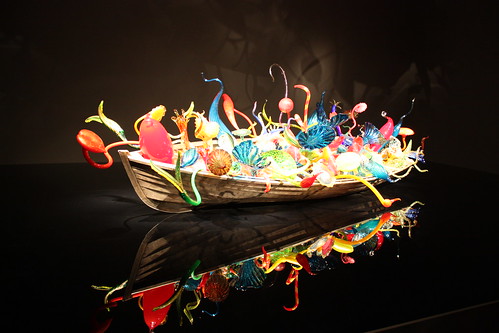 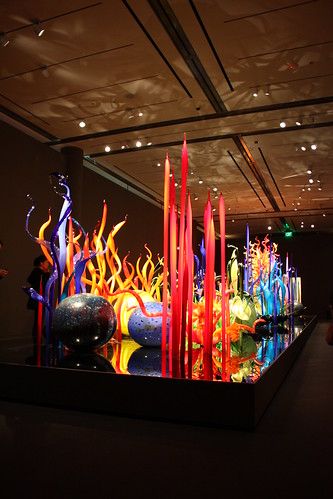 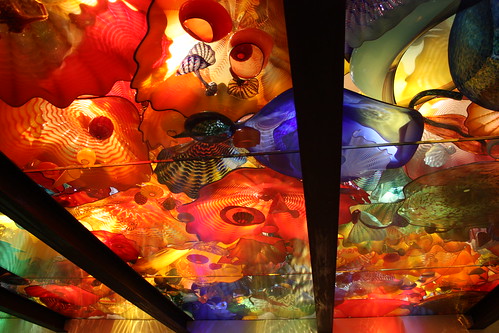 Paranoia being what it is, I found that it wasn’t wise for me to stand directly beneath some of his larger hanging works, which were suspended from the ceiling like amoebic chandeliers. 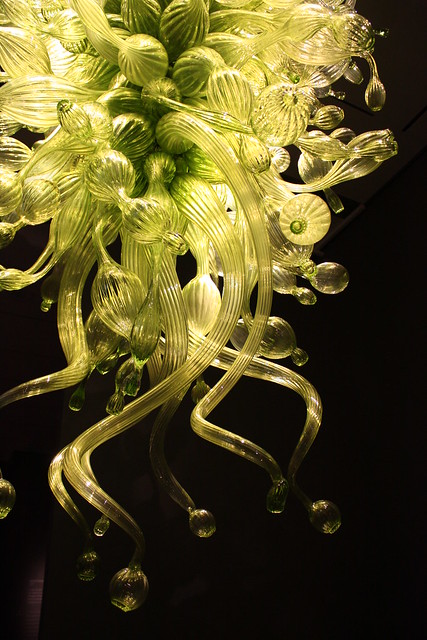 I asked a docent if the museum planned on keeping any of his work, and she noted that they were trying to raise funds to purchase this piece: 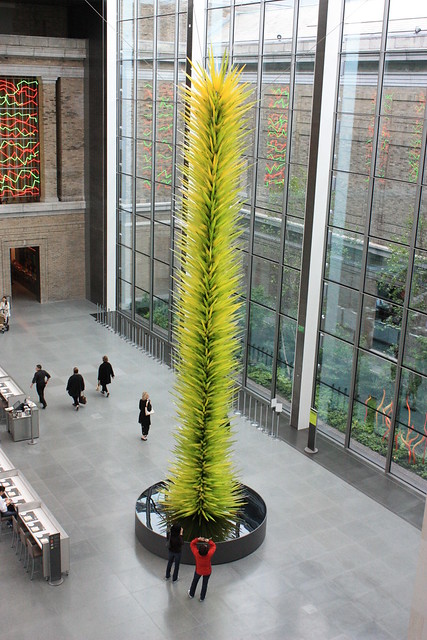 The piece was untitled, but I'm going to name it "Karl." 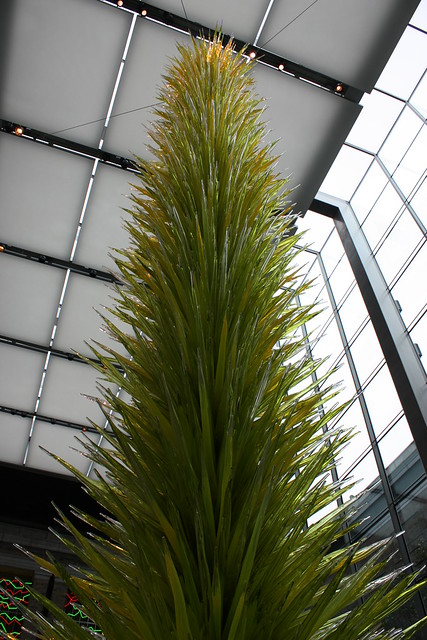 I mean, it's either that or "Giant Alien Tampon" and I'm sure you'll agree, "Karl" is a bit more kid-friendly of a name.

The exhibit was enough to make me forget my well-defined and not-even-a-bit-arbitrary distaste for the Seattle artist, which I think is a testament to his talent and –

OH MY GOD I JUST REMEMBERED WHY I HATED DALE CHIHULY.

No, wait. Nevermind. That’s the Joker. No, I still haven’t the faintest idea why I disliked Chihuly for all those years. But I’m sure that my animosity for Cory Doctorow is legitimate. I have a vague memory of her being a total bitch to me in high school and –

What’s that, you say? Cory Doctorow didn’t go to my high school? And is, in fact, not female? Hmm. It seems I may have confused him with someone else entirely, then.

But the point I’m trying to make here is that if you have the chance, you should check out the Chihuly exhibit at the Museum of Fine Arts in Boston, especially if you like him. Or heck, go, even if (for unspecified reasons) you hate him. Either way, it’s worth seeing.