The signs above grocery aisles are always amazing to me. Not only do they serve as a highlight reel for whatever is located in that aisle, but they also provide me a brief glimpse into whatever corner of the world I’m in. The items listed on those signs sustain the population of that area. These are the things they fill their carts with, what they pop out to grab in the middle of the night.

And occasionally, those signs are hilarious.

According to this one, spotted in a Portland drug store, a lot of folks in Oregon are searching for douches (I know of several in Seattle I would be delighted to send their way). And a good number of folks in Idaho are evidently looking for beverages whose popularity peaked sometime during the Reagan administration: 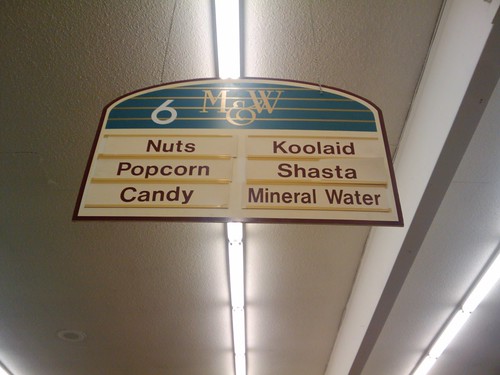 I can't decide if this is brilliance, or madness.

The mix of terms, ranging from generic to oddly-specific (Shasta? Really?) was wholly unexpected, but I can’t fault the store for it. Clearly, the good shoppers of M&W Markets in Boise know precisely what they want, and many are fortunate enough to live in a world where they can have it. Their desires hang above for all to see, illuminated by the heavens. It may be cryptic, but it’s honest. I imagine the aisles in the store of my heart would be no less befuddling to an outsider as well: 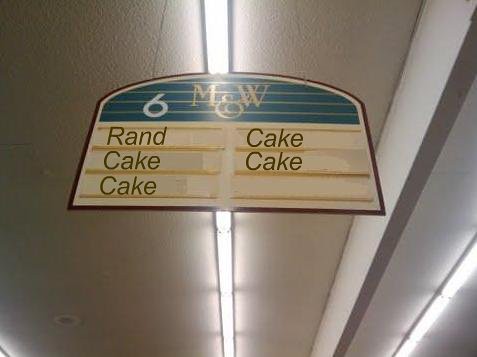 But as long as we all know where to find the things that sustain us, I suppose it doesn’t really matter.