Skip to content
Posted in: Awesome, Life at Home, Nothing to Do With Travel

Yesterday, it snowed in Seattle. This is a rarity in the Pacific Northwest. We’re no strangers to precipitation, but not of the frozen variety. A sprinkling of snow tends to shut the entire town down.

So you can just imagine what happened yesterday, when FIVE INCHES of snow fell. Buses stopped running. Streets were closed. People frantically dragged their poor husbands to the grocery stores at ridiculously early hours in order to get food so that they would not starve during the imminent ice age (okay, fine. That last one might have been me. I’m not sitting through snowpocalypse without a run to Trader Joe’s first).

We’d were scheduled to have friends over to watch the NFL playoffs, and we figured that no one would make it. But make it they did. By foot, by light-rail, by four-wheel-drive, they made it.

And they came wielding this:

It’s a cake. IN THE SHAPE OF A SNOWMAN’S HEAD. I, personally, had never seen anything more glorious. It’s bizarre and morbid and hilarious and IT WAS ALSO MADE OF CAKE. There are times when you are so delighted by the absolute ridiculousness of your friends that all you can do is clap your hands and giggle maniacally. Which I did for the better part of five minutes.

And then – because really, how often do you have a cake in the shape of a snowman’s head when it’s snowing out? – the fun began.

First, the gentlemen built the poor guy a body. 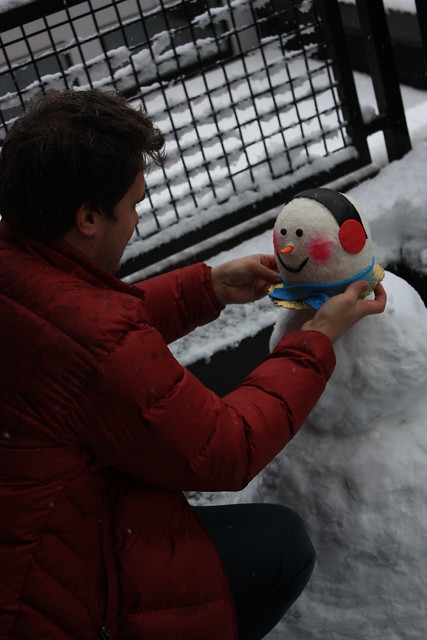 And then Rand did this: 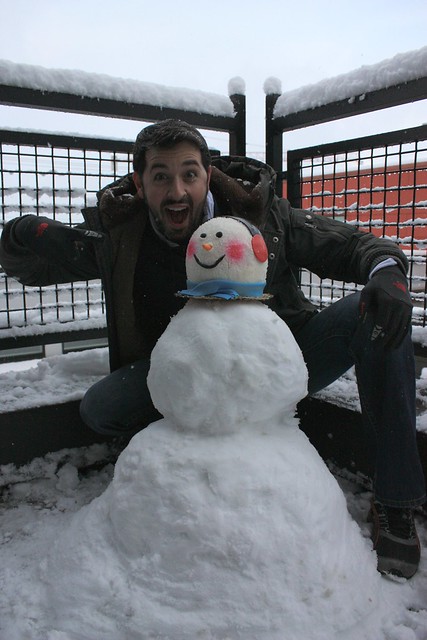 And Peter did this: 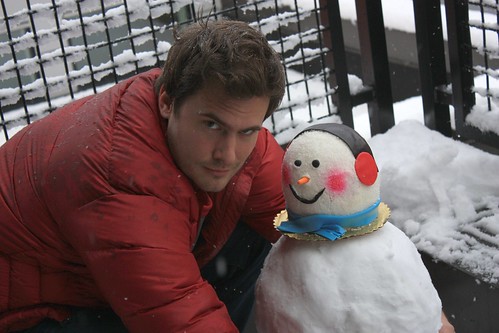 And Thomas did this: 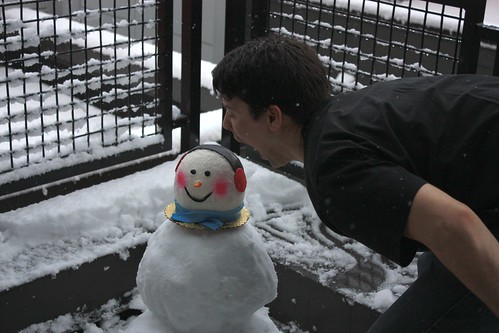 And Joanna and I did this: 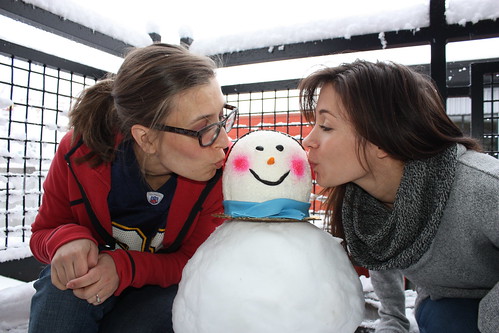 And we all did this: 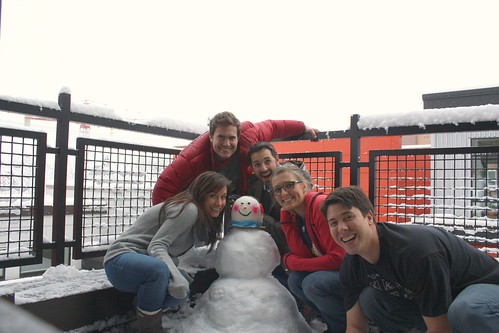 After we had sufficiently documented whatever the hell it was we were doing, we took the cake downstairs and the carnage began. 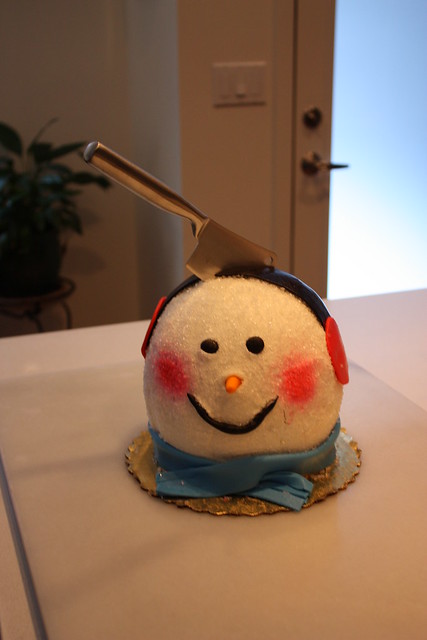 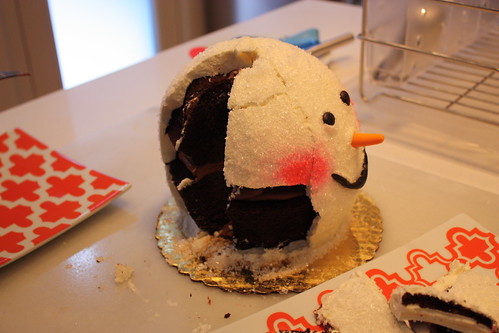 Inside was chocolate cake and chocolate mousse. Which goes to show you, you can't judge a cake by its frosting.

If you happen to come across your own decapitated snowman cake, I can give you a few pointers. Take as many photos as you can. Don’t cut all the way through from top to bottom (just cut off the top half, otherwise the cake will lose structural integrity). Feel free to wear the fondant scarf like a choker. Licking frosting from a loved one’s neck is totally acceptable.

And do not, under any circumstances, call out to a room full of people,

“DOES ANYONE WANT SOME SNOWMAN HEAD?”

Because when your husband replies that it “sounds like fun”, you will be very, very embarrassed.

P.S. – In you are in the Pacific Northwest, please stay incredibly safe on those icy roads. We locals DO NOT know how to drive in this stuff. And if you need something to keep you warm, I highly recommend this photo. You’re welcome.