If it’s okay with you, I’d rather skip the details and just leave it at that. I’m a decent human being. I’m not a great human being.

But Spain made me a slightly worse one. And I’m kind of okay with that.

Despite my many flaws (see above), I can say one thing definitively: I’m not a thief. Except for that one time when I was 13 and shopping at the mall with my brother, and I accidentally knocked a ring into the sleeve of my giant hoodie, (and maybe I sort of noticed but didn’t say anything because I could totally get away with this and then claim IT WAS AN ACCIDENT, since it kind of was. All the thrill of shoplifting, none of the guilt!) and then I swung my arm and  the ring went projectile flying across the store and my brother was not at all happy, I’ve never even thought about stealing. Nope. Not at all.

Not until that day in Barcelona. On that day, I stole something. But I had to. In the name of JUSTICE.

And because they started it.

We had been wandering around the city for the days, seeing Gaudi’s works, taking the funicular to Montjuic, and enjoying the local delicacies, and finally decided to spend an afternoon doing not much of anything. And so, we meandered around the Barcelona waterfront. It’s a lovely place to enjoy the sights. 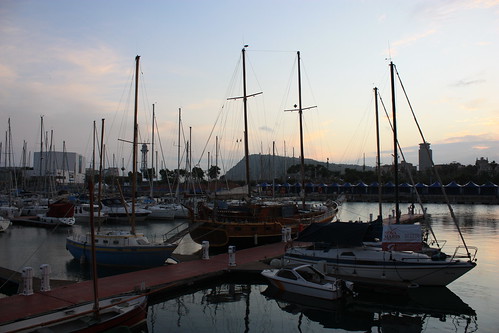 However, if you are thirsty, I do not recommend getting a drink at the little cafe with the blue awning right across from where the boats are moored. My apologies. I can’t be any more specific than that on pain of extradition.

It was there that we sat down, tired from an afternoon of wandering, and ordered some drinks. I was slightly concerned that the prices were not posted. Oh, well, I thought. We’d get drinks, and a few snacks. My guard was up, but we were having fun. Besides, how much could the bill possibly be? 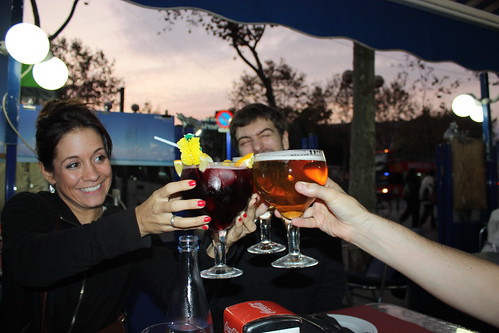 We ordered some peppers with salt (a common tapa in Spain) and the waiter asked if he could bring out pan con tomate – (bread with tomatoes). Not thinking, I agreed.

I really should have known better. Never take a waiter’s suggestions while in Europe. Ever.

The platter of bread was enormous. And stale. It was awful. I struggled through one bite, and we left the rest. Later, when the bill came, the bread was listed on it.

I suppose I should have complained, but I doubt there was anything we could do. Granted, we’d walked into this situation, but by this time, I’d had it. Yes, the states aren’t perfect. Yes, we expect you to tip 20% at restaurants. And our healthcare will leave you penniless. BUT WE DON’T CHARGE PEOPLE $20 FRIGGIN DOLLARS FOR BREAD.

Rand tried to calm me down, but I wasn’t having it. What I had had was a really big glass of sangria. Which was in no small part responsible for the actions that followed.

Rand and his colleagues stared blankly at me.

I grabbed the napkin dispenser.

“I am taking this,” I hissed, “and anything else that isn’t tied down.”

I like to say that there are two kinds of travel companions. There are the ones who will, no matter what time it is, no matter how costly, show up at whatever jail you are being held and pay your bail. They are wonderful people to have in your life.

And then there are the travel companions who can’t bail you out of jail, because they are sitting next to you in the cell, perhaps quietly laughing to themselves about the events that got you there in the first place. 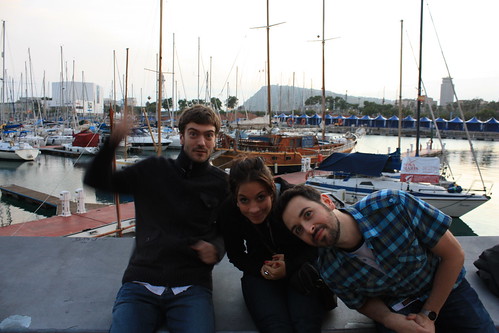 It turns out that my travel cohorts were in the latter group. And that is why they helped me shove an entire ginormous sangria glass into my bag and sneak it out of the restaurant.

Was it immature? Absolutely. Petty? Sure. Did it make me no better than the people who had ripped us off? Kind of. But here’s the thing: it made me feel better. I mean, a lot better. 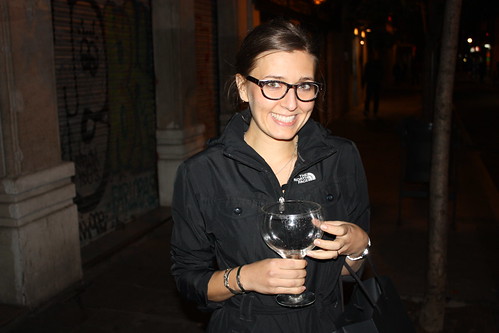 See? Look how happy I am after paying $20 for stale bread.

I dwell on things. This should surprise no one. It’s why I have an entire Dick Move! section of my blog that keeps growing and growing.

But having that glass in my bag made me feel like I hadn’t quite been as ripped off. It enabled me to let everything else go.  And eventually – at Rand’s request – I let go of the glass, too, and wandered into the night, giggling and laughing. 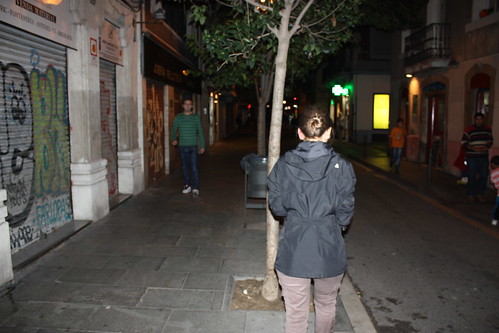 It may have not been the right thing to do, but I had to do it. In the name of justice.

That’s also why I peed all over the seat in their bathroom, in case anyone asks.