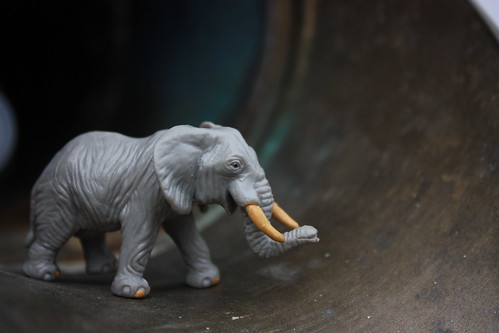 I intended to hang on to the elephant for longer. Rand bought him for me on a rainy afternoon at a toy store in Portland. He was sitting in clear bin in the window, with a zoofull of other animals.

He reminded me of my friend Chrissy. She loves elephants. I had hoped to take him on my adventures with me. To photograph him around the cities I traveled to, and share them with her later. But I only had the presence of mind to take a few shots in Portland. Passersby stared at me like I was a nuts. A grown woman. A plastic elephant. 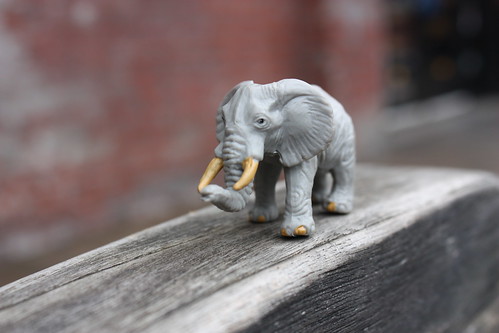 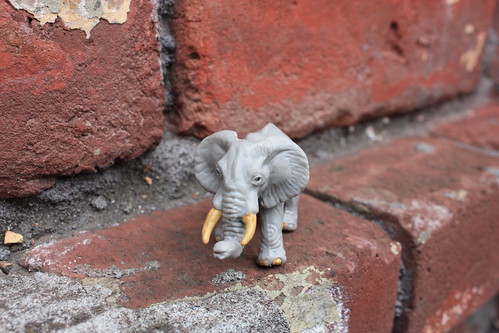 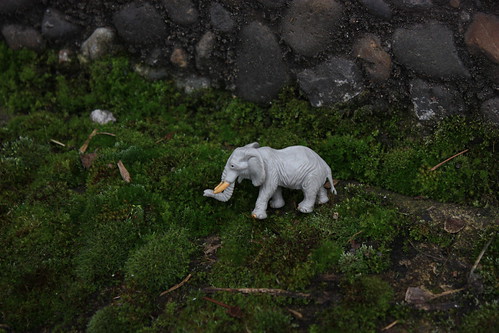 Days later, I found him at the bottom of my bag. We were out to brunch, and I was digging through my purse looking for someone to entertain my friend’s six-year-old son, who sat so attentively and sweetly by my side through the meal. And I found the elephant, and a small plastic giraffe that I’d also purchased.

And he played with them on a table top sticky with syrup.

Later, I gave him the giraffe and elephant to take home with him. How could I not? It’s impossible to ask a child to return your toys. Just the idea is absurd. So I said goodbye to the lot of them.

Chrissy’s elephant didn’t get to see all the things I had hoped he would. He didn’t come with me to Spain, or Germany, or London. But that’s okay. He’s off on another adventure now, in the sticky hands of a six-year-old boy.

And frankly, I can’t think of anything better than that.