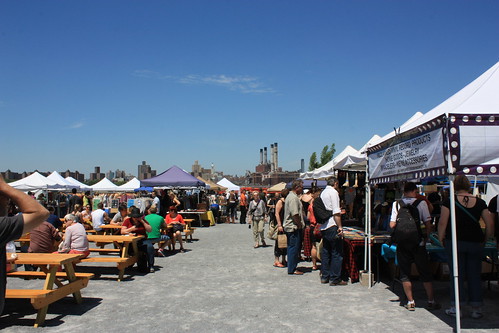 There are locations and happenings that, in my mind, hold a sort of mythical status. They are things which I’ve long heard and read about, and if I am truly lucky, if my life is as truly charmed as I believe it to be, I am able to see them. The list is long and random, and I’ve checked off enough of it that, should I die tomorrow, I won’t feel entirely cheated.

Like the Southern Cross (a constellation not visible from the hemisphere I call home), which I saw on a clear night in New Zealand. Or the Sydney Opera House, which I wandered around, and had the privilege of dining in, and had the even greater priviledge of getting food poisoning from the restaurant therein, ensuring that I would never, ever forget it.

And then there’s the kid in downtown Seattle who dresses up as Link from Zelda. I’ve seen him twice, once while I rode on a bus, and another time when he walked into the Greek cafe that Rand and I have been going to for a decade. He is a legend in my hometown, and I believe he will never grow old, never fade, never die.

And among this odd little list of things that I am grateful to have seen, the Brooklyn Flea Market ranks highly. I heard about it for years, and was able to build it up in my mind as a sort of hipster Mecca; the kind of place where furniture and art and clothing are purchased and subsequently held on to for years, so that when your child or some small decedent of yours plucks it from a closet or other forgotten corner of your home and asks where you got, you can reply, “At the Brooklyn Flea Market,” and the legend and mysticism of that place will be passed on to yet another generation, and that will be your legacy.

Sorry about all the run-on sentences. I’ve been reading Hemingway. 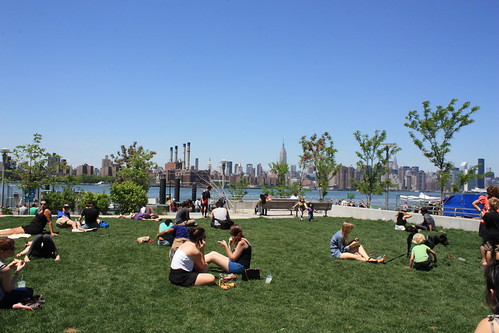 I went to Brooklyn Flea Market on a searing hot day in May made more tolerable by the wind coming off the Hudson and the patches of shade offered up by the buildings that lined the waterfront. And as New York sat and watched from across the river, I shopped. I shopped in the company of arguably the two handsomest men in the city, or at the very least Brooklyn (for I knew for a fact that Jeff Goldblum was in the New York that morning, and I could not deprive him of his long-held title just because I was feeling wistful). 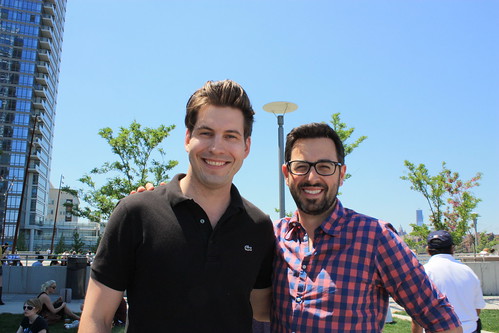 Are they not adorable?

There was so much to see.

Relics from other times – their original histories cast off and lost – were displayed on tables and shelves waiting to be adopted by new owners. Party dresses from the 1960s with empire waists, trimmed in lace and satin, hung neatly on coat racks. Cowboy boots had been resoled and shined in a vain attempt to capture their former glory. Men with bowties walked alongside women in thick-rimmed, for-aesthetic-purposes-only glasses. Re-upholstered furniture and re-lacquered chairs and rogue pieces from long-dissected board games had all gathered here. And through it all the wind off the Hudson blew, and I was hit with the madness that strikes me whenever I visit this part of the world: I could live here. 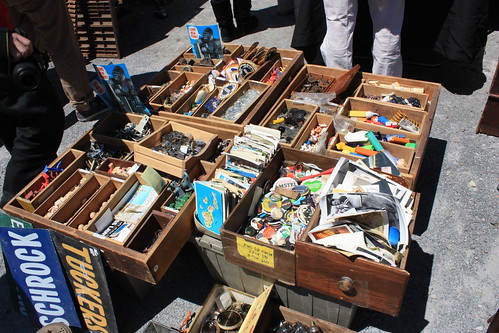 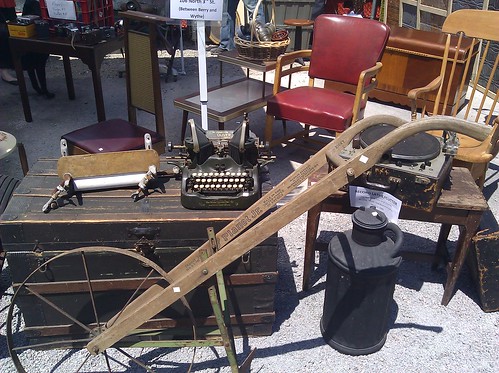 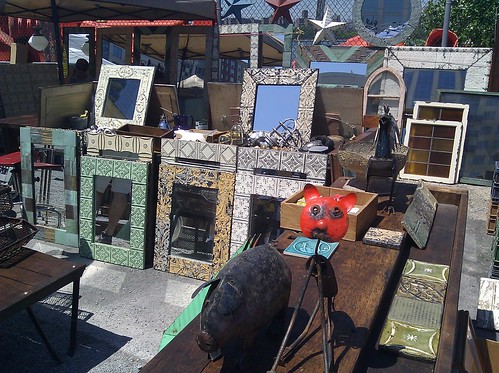 I could visit the market every week. I could furnish my home with these items. I could build an empire of the past. An homage to a world that existed before I was born.

But then the wind died down along with my insanity, and I was returned to the present and the realization that in a few hours time, I would need to catch a plane.

And so we left the mythical market that I’d heard so much about, but not before I bought a necklace adorned with a subway token from a bygone era. I couldn’t take my eyes off it, couldn’t stop playing with the metal disk that hung from my neck, wondering about all the trips it took, all the pockets in which it resided.

One day some small relation will ask me about it, and I will tell them: “I got it at the Brooklyn Flea Market.”

And that wonder and curiosity, that destination which they will then add to their own list of places to visit before they depart from this earth, will be theirs.