Skip to content
Posted in: Life at Home, Nothing to Do With Travel, Random Musings

It’s been six weeks since my surgery.

I feel more tired. And more sensitive. Literally. I have a soft spot. Like babies do.

And I am less … tumor-y. And less headache-y. Are those even real words? I’m not sure. And I’m less concerned about whether or not they are.

Here’s what my head looked like right after my surgery: 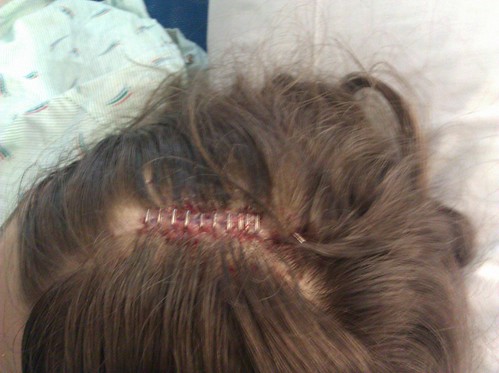 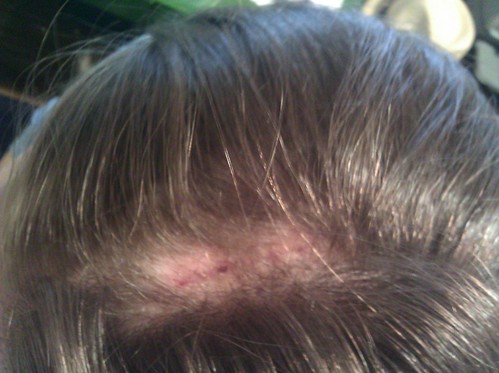 Not too shabby, right?

It turned out that my tumor wasn’t just attached to my hypothalamus, but was stretching across my ventricle as well. This wouldn’t have been too much of a problem except, according to the doctor, I have incredibly narrow, supermodel-thin ventricles (don’t get too jealous – I still can’t wear skinny jeans). So my cerebrospinal fluid was having a bit of trouble passing through the ventricle, and this may have contributed to my headaches.

My tumor will likely not grow back, and even if it does, it will take decades. If they need to remove it a second time, they won’t need to do surgery. They can just zap it with some radiation. So my first brain surgery will hopefully also be my only brain surgery.

I know. I got off ridiculously, stupidly easy.

The only souvenir I have from my surgery is a little bald spot. The doctors had to shave a very small part of my hair off, and every single time I lose a scab from that part of my skull, it takes a few fledgling hairs with it. When my big scab flaked off (the one which, I erroneously convinced myself, was keeping my brain from spilling out), I kind of panicked. It looked kind of like a teeny hedgehog. But less cute. 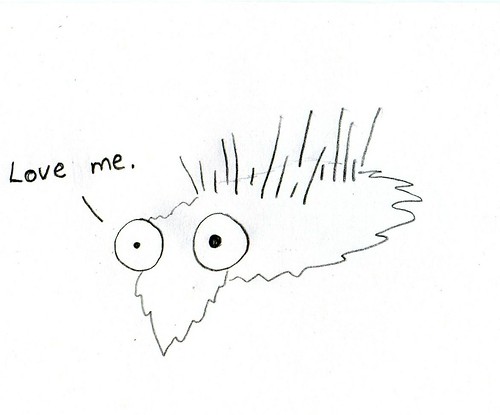 I did not name him, because that would be ridiculous. You can’t name a scab. It’s not, like, a brain tumor or something like that.

After my scab, which I named Rolph (I lied a moment before), fell off, I found that I now had a wee dent in my skull from the quarter-sized hole they drilled in order to get my tumor out. My docs figured my skull would probably heal up on its own, so they skipped putting in a metal plate. I found this attitude to be a little bit alarmingly laissez-faire.

“We’re just going to leave a hole in your head and see what happens. Do you snowboard? No? Good. Don’t start.” (Not an actual quote.)

One of them noted that I can probably never pull off a shaved head due to my dented cranium. Which I found rather delightful, because it implied that I had previously considered that a possibility.

“Have you seen this nose?” I wanted to scream. “Do you know how much hair I need to balance out this nose?” Answer: a lot. I need a lot of hair. So instead, I will simply leave the shaved-headedness to my gorgeous cousin. 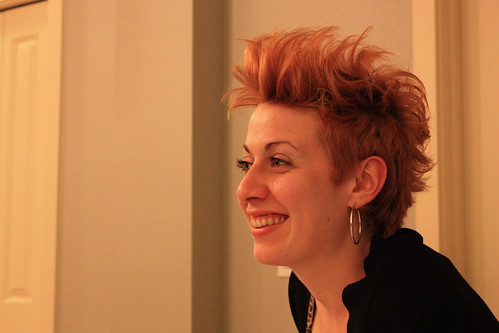 This is her with her hair grown out. She’s stunning, right? No wonder I made her drink pickle juice when she was 5. YOU DESERVED IT, VAL.

My mother and aunt, concerned about this chink in my armor, have suggested that I start wearing elaborate hats. They thought that this would be a good way to stop people from touching my head.

This is my family’s advice: Elaborate headwear, so nobody can poke their finger in the hole in my skull.

This is not the worst idea they’ve had. I was almost tempted to listen to them, but I see two problems with their suggestion. The first is that I don’t think this is an issue I need to worry about. Most people don’t want to touch your head the second they find out you have brain surgery. There isn’t a band of rogue brain pokers out there who want to feel the squishy insides of your noggin.

“Wait, you just had surgery where? … LEMME POKE!”

Secondly, if such folks did exist, I think that an elaborate hat would only encourage them.

“Wait, you just had surgery where? … Let me remove your elaborate hat … AND POKE!”

So sorry, mom and Auntie P., I’m not wearing elaborate hats. But this one is pretty great. My friend Brittan gave it to me (thanks, B! You are amazing). 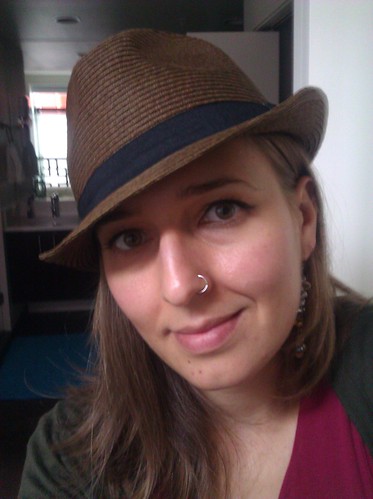 No, I didn’t take this photo in my bathroom. I took it in my bedroom. Which happens to have a bathroom in the middle of it.

It’s been one of the many wonderful, undeserved gifts I’ve received. Some have been tangible. Some have not. And while I remembered to send some thank-you notes, there are many more that I’ve forgotten.

I forgot to thank my mom, for taking care of me when Rand had to go back to work. For spending two nights sleeping in a recliner at the hospital. For helping me wash my hair when I got home, which was covered in a weird grease that the doctors used. And for helping me get dressed, even if it was just in comfy pants, and not actual pants. 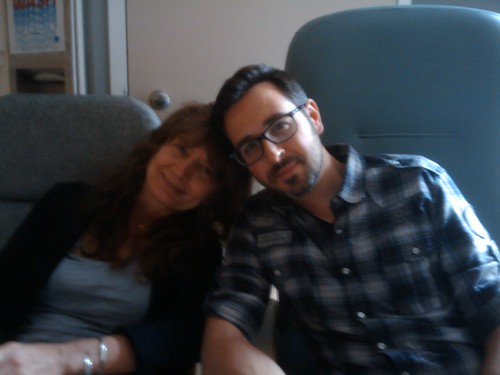 My momma and Rand. I’m sorry this photo is blurry. I was really high on pain meds when I took it. 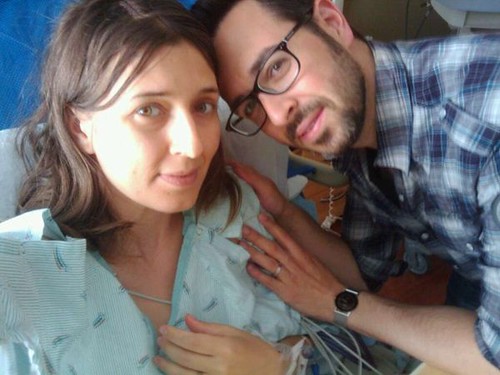 That box of salted caramels was half empty when I found it. You believe me, right, babe?

And I forgot to thank all of you. I forgot to thank you for the amazing comments on my post about Steve. For all your emails and letters. For sharing your thoughts and feelings and your own tales of tumors and craziness and life. For the dozens upon dozens of cupcakes you sent to my home (you guys clearly know me well). 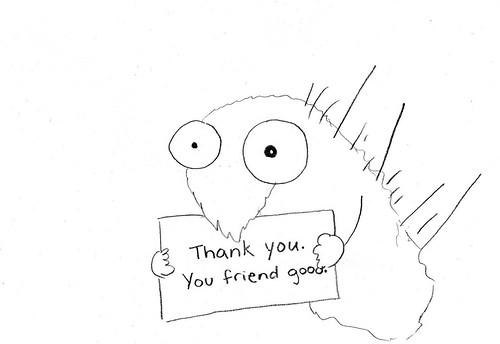 Thank you for making this easy. I couldn’t have done it without you.