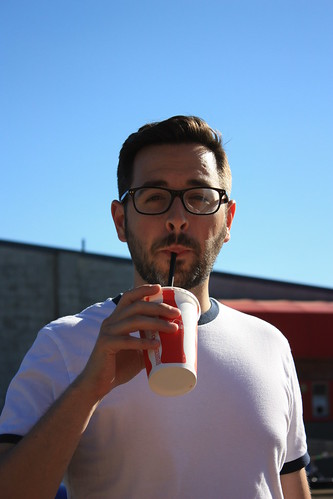 Do you ever have moments of absolutely pure conviction? Where you don’t need anyone else’s opinion on something, because you are 100% certain that you are about to make the right decision?

I rarely have moments like that. I require someone else’s feedback on everything. Which shoes I should wear. What books I should read. I’ve literally asked dinner dates if they thought I should “pee now or wait until after we’ve ordered.”

For those of you who are hungover on this lovely Monday morning, I’m going to repeat that: I’ve asked THIRD PARTIES WHEN I SHOULD GO PEE. These are not questions that rational people ask. Really, that sort of discussion should be between me and bladder, and no one else. But my stupid bladder rarely talks to me, so I’m left posing these queries to my friends and family and – more often than not – my husband.

Here’s a run-down of how that usually goes:

(After a moment of stunned silence.) “I … wait, did you just ask me if you should go pee?”

“THEN GO PEE, WOMAN. THIS IS NOT A CONVERSATION WE SHOULD BE HAVING.”

My husband, on the other hand … that man knows how to make a decision. He orders breakfast ruthlessly. He buys clothing without flinching. He’s impulsive and rash and wonderful.

And despite his absolute and utter conviction in his choices, if it’s something that influences me, he’ll ask for my opinion. I usually do little more than pick my nose in contemplation before deferring to his decision. But damn it if it isn’t sweet that he asks.

During our last trip to Oregon, he and I took a small trip out to Crater Lake from Ashland. Rand drove down the tree-lined roads through a series of small towns. 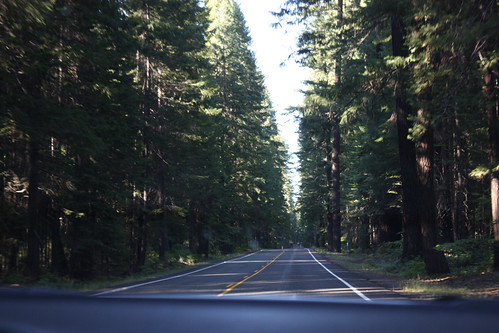 Somewhere near Shady Cove, Oregon, he spotted a small pink building to our left, with a crowd of people milling about out front. The sign above it was decidedly brief: “Phil’s Frosty.” 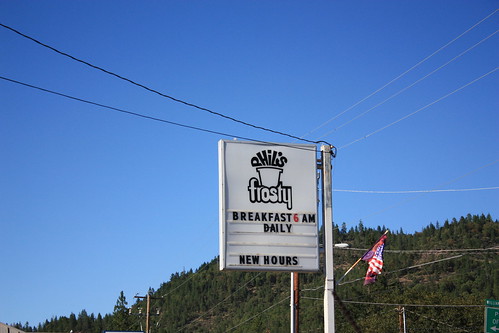 And before I could answer, he’d whipped the car into the parking lot.

“I’m sorry,” he said, turning off the engine. “I just realized I really wanted to stop here.”

I smiled. There are reasons why I let him call so many of the shots when we travel: because he’s so damn good at it. And let’s be fair: OF COURSE I wanted ice cream. I always want ice cream. 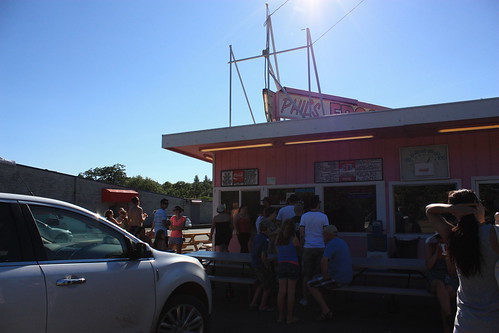 Phil’s Frosty is known for their milkshakes, we soon discovered. When it was our turn to order, my husband, with his usual lack of hesitation, requested a chocolate shake. The woman behind the counter turned to look at me.

“A scoop of mint chocolate chip,” I said, without missing a beat. Apparently even for the indecisive, some choices are easy to make.

Rand’s shake was smooth and rich, and, by my estimation, composed of at least 50% chocolate syrup. It was so thick, the straw sticking out the top of it was largely useless, except as a sort of makeshift spoon.

My ice cream was dense and perfectly minty. 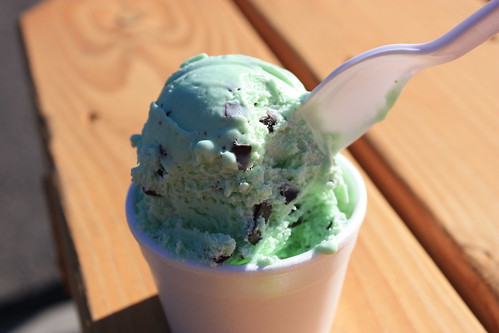 “You happy with what you got?” Rand asked, as we headed back towards the car.

I looked at him, his dark eyes squinting into crescents in the bright sunshine. 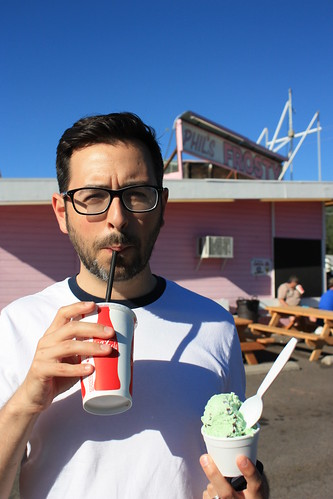 I need to have more faith in the choices I make. Because clearly, they are excellent.