Skip to content
Posted in: Dick Move, Loving the Entrepreneur 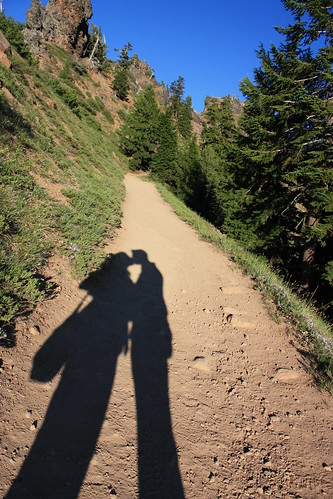 It’s taken me a while to get around to writing this post. First, I needed to wait until my rage subsided.

That took longer than I thought it would.

Before then, I was running around, sputtering obscenities and leaving a path of destruction in my wake. I was not unlike a human version of the Tasmanian Devil: slobbering, unintelligible, and desperately hungry for rabbit.

It did not help that I had a ridiculous amount of steroids coursing through me – the remnants of the medication I had to take for my brain surgery, which had been a scant 2 weeks prior.

I had hoped, that in addition to a kicky new bald spot and a graveyard of orchids in my living room, my surgery would have provided me with a new perspective on life. That I would realize what was important, and that I wouldn’t stress out over the small stuff. That I would be kind and generous and caring and … wait. This sounds like someone I know. 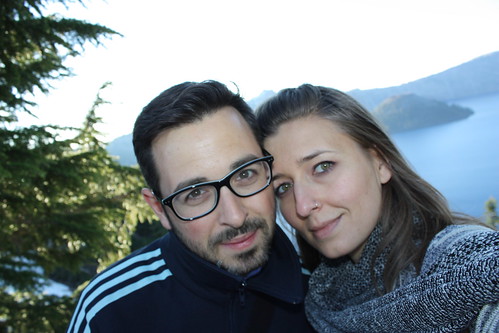 Yeah. I had hoped my surgery would make me more like Rand.

I’ve seen him wronged, and watched him shrug it off. I’ve seen people say and do heinous and unforgivable things to him, and I’ve seen him hug them afterwards. It isn’t for show. It’s not some sort of Machiavellian master plan. For a guy who isn’t religious, he really knows to turn the other cheek.

And sometimes, people take advantage of this fact.

It began all the way back in March. Rand was stressed out with work, and did what he often does when present obligations weigh down too heavily upon him: he started planning for a future trip. In this case, it was our annual pilgrimage to Ashland. We’d had to move it up this year and were going to go in mid-July as opposed to September.

Rand went online and booked a week’s stay at … well, I can’t tell you where. That was part of my agreement with him in writing this post. He didn’t want me to skewer their online reputation. He didn’t want to burn that bridge.

Me, I’m all for burning bridges. I toss the match over my shoulder and don’t think twice. I watch the flames rise – flames of nasty tweets and Dick Move blog posts and scathing Yelp reviews. I have no problem cutting people off if I think they’ve wronged me (and god help them if they’ve wronged Rand). I’ve been called heartless and unforgiving more than once.

But in this instance, he’s asked me to not reveal the hotel, so I won’t.  Let’s just call it the Dick Move Inn.

Rand went online, and booked us a week at the Inn. He was excited – and may have even done the happy dance that occasionally comes with preparing for a trip to Ashland. The happiness lasted for the better part of ten minutes, when we promptly received a phone call from the Inn.

They explained that his ability to book online had been an error on their part – they didn’t actually have any rooms available for that week. They cancelled the reservation, and Rand took it in stride. In fact, he commended them for telling him about the error so promptly. I was in the same room for the entire call, and remember being impressed: even when he’s stressed, Rand doesn’t get flustered.

He immediately went back online to book other accommodations.

Months passed, and by the time our Ashland trip was actually on the horizon, we weren’t sure if I could go. My brain surgery had been two weeks before, and while my doctor had cleared me for travel, I wasn’t anywhere near fighting form. I was sleeping a lot, incredibly groggy when I was up, and my face and stomach were round from the steroids. My head still hurt, and my bald spot itched. I felt awful.

But Rand really wanted to go to Ashland. And I really wanted to go with him. I felt like, in the wake of everything that had happened, I owed it to him. I owed it to us. So, without any awareness of what I was putting in my suitcase (I took three sweaters for 90 degree weather and had barely enough underwear), we headed down. Things went swimmingly for about 24 hours. Then, the morning after the first night of our vacation, we received a call from the Dick Move Inn. They had expected us the night before, and wanted to know where we were.

Rand explained that someone had called us and cancelled our reservation immediately after we had made it.

“I have no record of that,” the woman on the phone said. She asked if we had proof of the cancellation.

“Proof of the cancellation? No. It was a phone call. It happened months ago,” Rand replied.

She asked if we had received a reservation reminder  – they send them out to folks a month prior to their stay.

“No,” Rand said. “If we’d have received that, we’d have known about the reservation – and cancelled it.”

She then asked if we’d be honoring the rest of our reservation. Rand explained that we couldn’t – that prior to now, we had no idea that we even had a reservation.

And then the woman on the line earned her title as the reigning Queen of the Dick Move Inn (yes, it’s a monarchy). She explained that since we had no proof that our reservation had been cancelled, she was going to charge us for the full length of our stay. It was a staggering amount – $1,400.00.

And, perhaps most significantly, she was charging us even though she didn’t have the legal grounds to do so. Rand and I never signed for the charges. We entered into an agreement with them that they cancelled.

The Dick Move Inn had screwed up. And they were making us pay for it.

Upon overhearing this, I almost immediately began doing my very best impression of a broken blender (In that I made mostly whirring noises and unintelligible sounds, and if you got too close, you might lose a finger. Not in the sense that I was preparing anyone delicious drinks. Which was unfortunate).

Rand though, remained calm. He said that he was disappointed in what had happened. He never raised his voice. He never got angry. He even blamed himself.

In the end, Rand made a compromise with the Inn. They wouldn’t charge us for the nights that they could rent out the room. Of course, the first night had already passed. We’d be charged for that. And let’s not forget, we were taking them at their word. We’d done that before and gotten burned.

“They are terrible people, ” I raged. “They deserve to go out of business. I hope their Inn gets infested with bed bugs. Bed bugs that are in turn infested with crabs.”

And while I cast all manner of hexes on them (“I hope they get eyelash lice!” and “May their favorite contestant on American Idol come in fourth!“), Rand merely sighed.

He pleaded with me to be calm. He reminded me of how lucky we were. How fortunate that we’d been able to go on this vacation in the first place. And how damn charmed our existence was, that even though we were getting fleeced by the Dick Move Inn, we could actually afford it without going into debt. He reminded me of all the times I’d been angry about something and then had it turn out okay. Every Dick Move! that had made me cringe with rage that I’d now forgotten. He was right. After enough time, very little matters. Even your first love is forgiven for breaking your heart.

The perspective that I had hoped to glean after brain surgery, my husband already had in spades.

And I realized that while the last few weeks had been rough on me, they’d been worse for him. He’s the one who’d been making me meals and feeding me pills and checking the staples in my head for sign of infection. All I did was sleep and eat chocolate pudding. He’d needed a vacation far more than I did. And he didn’t want to spend it worrying about the miserable managerial staff at a mediocre inn.

So for him, I tried to calm down. To keep things in perspective. I made a few casual jokes. I teased him about going to visit our other hotel room. I’m not saying I succeeded entirely. I still occasionally released a trail of expletives that I can’t really repeat. The sort of thing that would make Lenny Bruce proud.

In the end, the Inn was able to rent out the room for a few nights. They did charge us $525 – still a lot, but by no means what they had planned to originally. I’m still infuriated at them, but I’m trying not to dwell on it. I’m not posting their name online. I’m not leaving a nasty review.

I let this battle go because Rand asked me to. Because there are bigger things to worry about. And he’s right: in the end, so much of the enraging stuff sorts itself out. He told me to keep that in mind. To be grateful for all that I have. 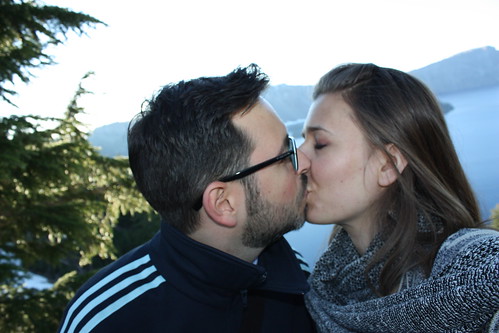 I did my best to listen to him. Because while brain surgery didn’t make me a better person, my husband just might.