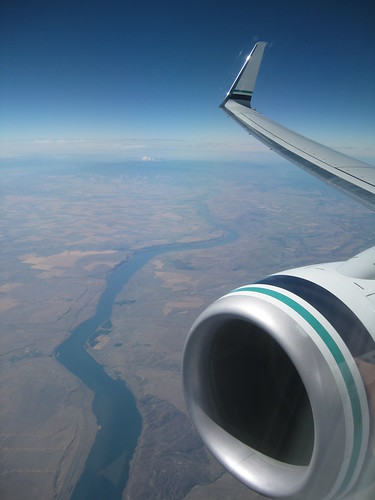 I’ve been known to follow Rand around the house, shadowing him as he moves from room to room. Usually, it will end with an exchange like this:

Rand: Can I be alone for a little bit?

Rand: I would appreciate that.

Me: (Storms out of BATHROOM, slamming door closed behind her. 30 seconds elapse.) … Are you done yet?

Yeah, I know. High-maintenance sort of guy, isn’t he?

I suppose I get this trait from my mom. (The personal space part, I mean. Not the following my husband around the house and into the bathroom. My mom doesn’t do that.) Like me, she has no real issues with being physically close to people. She hugs everyone. Even though I’m solidly into my thirties, she’ll occasionally pull me on to her lap. Nevermind the fact that I outweigh her by a solid 20 pounds.

Of course, these are people I know and love. I don’t mind being close to them.

The more time I spend smashed into airline seats, usually sandwiched between my husband and whatever poor stranger has the misfortune of sitting next to my flatulent self, I’ve started to realize the importance of personal space. It hit me rather acutely a few weeks ago when Rand and I were flying to Denver for the weekend.

We’d gotten an upgrade, which rarely happens. We were positively thrilled. Ours was the last row in first class before the economy section began.

I sat, delighting in my seat, and my view, and the array of snacks that sat before us. And then I went to utilize my arm rest, and saw … well, I saw this: 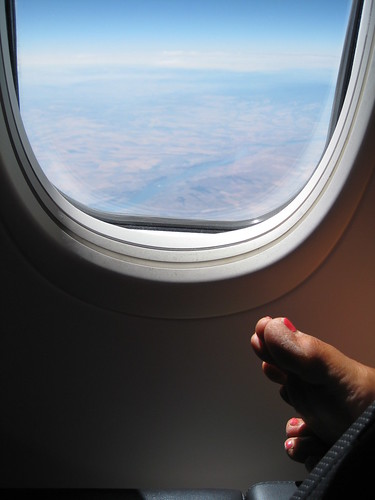 The gal behind me was using my armrest as a footstool. You can see from the window above exactly how far her toes were extending into my personal airspace. 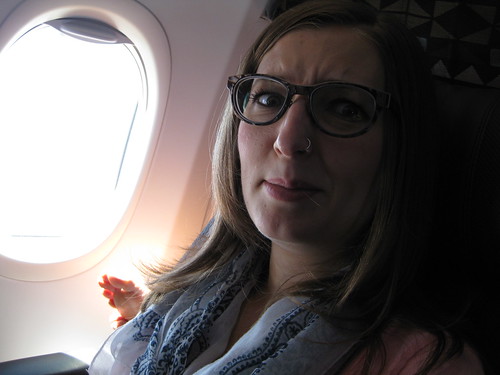 Now, I understand that in order to make air travel profitable, perfect strangers often find themselves sardined together like drunken lovers at a college party. But usually folks try – often in vain, but still, they try – to keep their arms and legs and other body parts to themselves. And at first, I was quite bothered having her toes mere centimeters from my freshly washed hair.

But then I realized that if these toes belonged to a loved one, I wouldn’t have minded nearly so much.

And I got to thinking … about how alone we are in the world. About how I’ve sat next to strangers for hours – on planes, and buses, and trains – and not said a word to them. I thought about all the times that Rand and I sat side by side, looking at our phones instead of talking to one another.

When you travel, you might be constantly surrounded by people, but how often do you truly get to know them? And really, what better way is there to get to know someone than by inspecting – at freakish close proximity – their toes?

I stared at them, marveling at their gnarled beauty. I memorized every little nook and cranny, every neglected callus and flake of dried skin. looking at those toes, I felt less alone in the world. I had made ten crusty little new friends. In my mind, I dressed them up and gave them a personality. 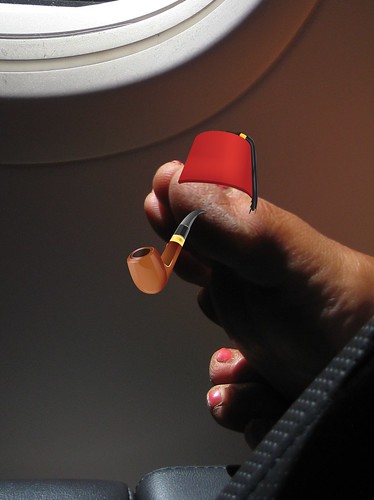 “It is I – Professor Pigglesworth. Fetch me some roast beef, will you darling?”

And just like that, I began to delight in those toes, infringing on my personal space. 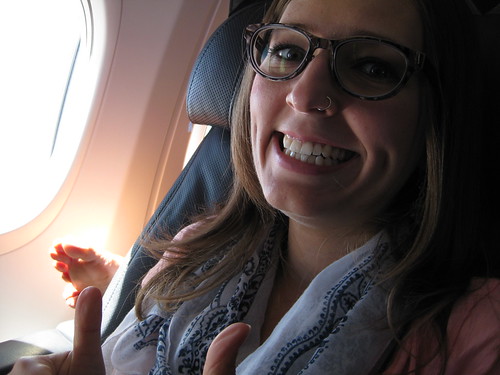 When she finally moved them, I was almost sad to see them go. It was like saying goodbye to a dear friend.

Or ten little ones.