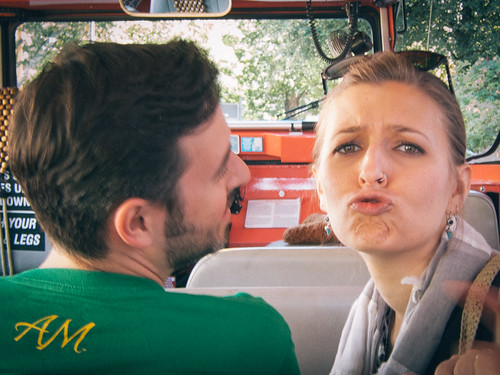 I have to tell you about an important travel realization that I’ve come to: in order to have fun, you have to abandon the idea that you are too good for some things.

Look, I’m sure you are a lovely person and that you are sophisticated and smart and you can probably get through Steven Pinker’s books without needing a dictionary to look up every sixth word (which is what I have to do before I throw them down and re-read The Hunger Games, instead). I suspect that you can appreciate the finer things in life, and that you laugh at British comedies and know how to properly pronounce “fois gras.”

But in spite of all of that, you are not above having a little silly fun. Or, at least, you shouldn’t be. I’ve once considered myself too sophisticated and worldly to appreciate cheesy tourist attractions, and that’s something I’ve grown to regret. I missed out on the wonder and hilarity that can be found therein.

I won’t make that mistake again.

A few weeks ago, I went on a Boston Duck Tour. At first, Rand and I were a little hesitant. There’s so much we still haven’t seen in Boston – we haven’t done the Sam Adams Brewery Tour (which is supposed to be great) and we haven’t seen the Isabella Stewart Gardner Museum (the site of one of the greatest unsolved art heists, ever!) And this time around, we were only in town for one full day. Were we really going to spend it sitting on a boat/bus hybrid laughing at corny jokes from our driver and snapping hundreds of pictures? 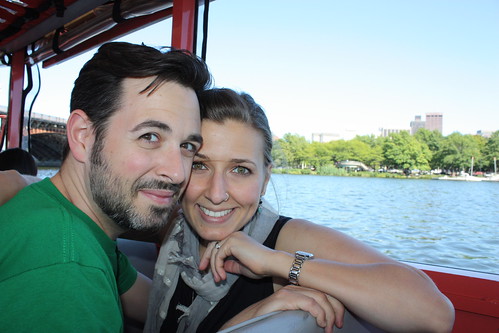 As it turned out, yes. Yes, that is exactly how we were going to spend it. And we had a blast.

I can’t take credit for the brilliant idea of going on the tour in the first place. That belongs to Ryan, the fiancé of one of Rand’s coworkers. He had read about the Duck Tours, and had convinced the rest of us that we needed to go. 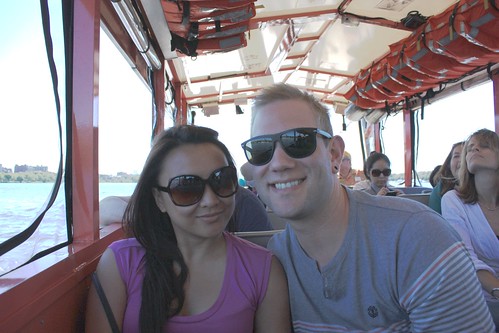 Ryan with Charlene. Aren’t they kind of painfully adorable?

And so we did. You can start a tour at several locations across the city: the Prudential Tower, the New England Aquarium, or the Museum of Science (the latter of which is where we hopped on).

The Ducks were originally built for troops in WWII; the vehicles could easily travel across sea and land, which made them incredibly useful in cities and areas where proper ports or docks were unavailable. There were even Ducks present during the invasion of Normandy. Five of Boston’s Ducks are originals from the War; the rest are modern replicas. And today they’ve all been converted to diesel gas so that they emit less pollution. 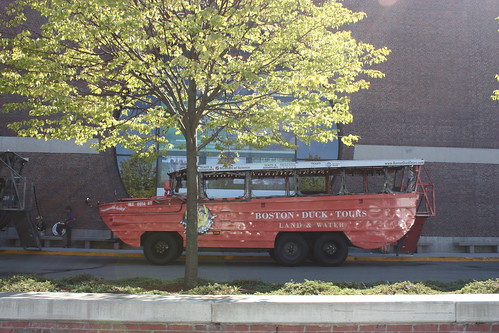 The Ducks are a great way to get a good overview of the town, but because Boston is so darn full of history, the tour isn’t – and couldn’t be – incredibly in-depth (if you want that sort of thing then check out the Freedom Trail Tour or just spend a few hours exploring the city on your own. I really like the Old South and Faneuil Hall). Instead, we breezed through the city, as our driver noted a few points of interest, and rattled off a large number of delightfully random facts and trivia about the town (she was incredibly keen on the many firsts that took place in Boston). 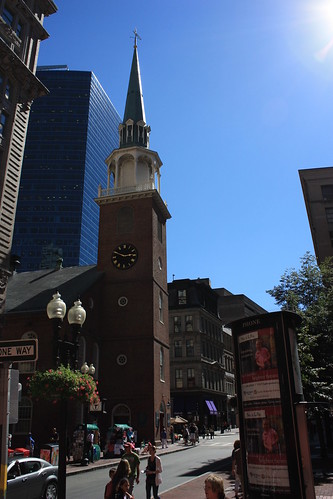 We zipped past the Old South Meeting House … 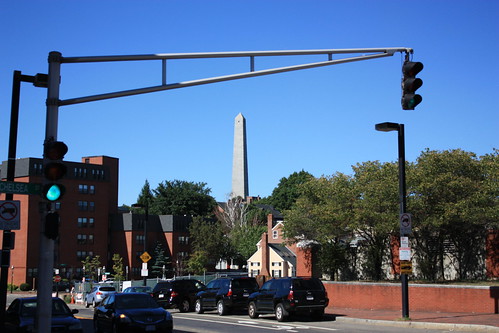 Saw the Bunker Hill Monument in the distance … 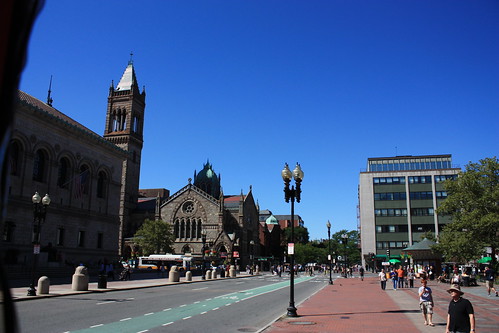 And breezed by Copley Square …

Given how glorious the weather was, and the amazing views we got to appreciate from the Charles River, I was entirely fine with this arrangement. 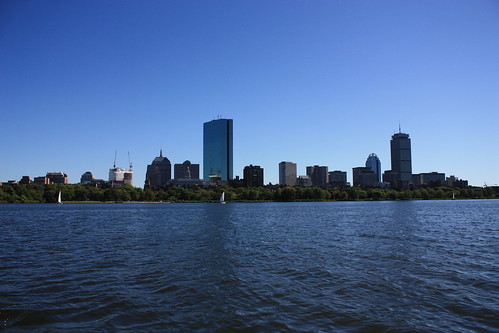 Not too shabby, right? 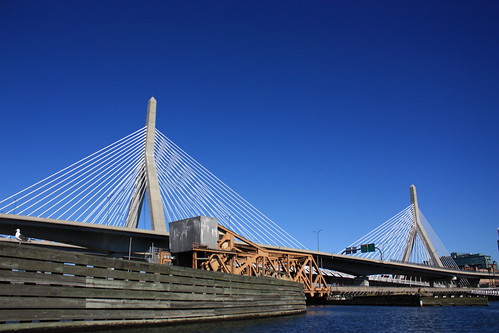 We had a great time – in part because we were all so game for it. We didn’t think we were above a little silliness. We didn’t take ourselves too seriously. We weren’t too good for some dorky fun. 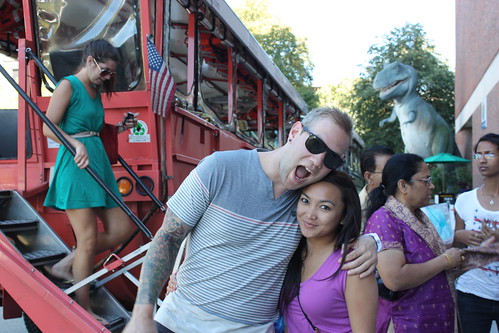 See? This is the right attitude.

It’s funny, because this sort of tour is so not Rand’s cup of tea, and yet he probably laughed the loudest at every single one of the driver’s cheesy jokes. And holy cats, does he have a great laugh. It’s deep and loud and slow and you can feel it rumble through your chest. And it’s impossible to ignore – after the tour, the driver thanked him being such a good sport.

“Don’t think I didn’t notice you laughing at my awful jokes. Thanks for that.”

That’s another wonderful thing about my husband. No matter what the situation, he’ll do his best to have fun. He doesn’t turn up his nose at anything. No matter how silly or how dorky or how stupid. 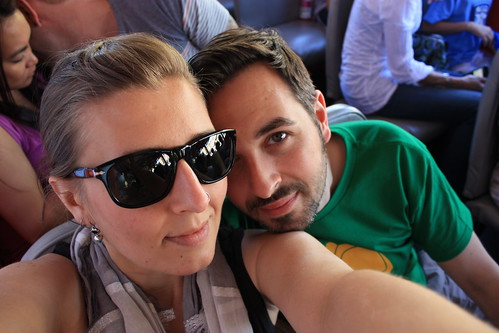 Which is incredibly, wonderfully lucky for me.

The Essentials on the Boston Duck Tours:

Note: several years ago a few people died in a Duck Tour accident in Philadelphia. They tend to have a pretty safe track record, but do exercise caution and use your best judgement.