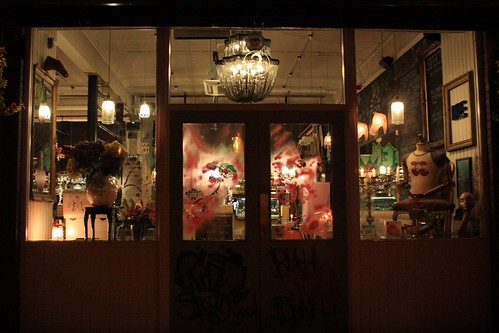 We walked right by Made in Belfast, and didn’t even realize it.

“I know exactly where it is,” Rand said confidently, as we walked across a pavement slick with the rain that seemed to fall pretty much constantly across Northern Ireland.

And even though it was the only lit facade on the street, we strode right passed it. Why?

To be painfully honest, it was because it looked just too hip for us. Despite the occasional feeble attempt, my husband and I are not all that cool.

When we have a free night to ourselves, we watch T.V. and go to bed early. We are not even remotely aware of what music the kids are listening to these days. We both wear glasses because we need to wear glasses.

So when we saw the restaurant (one of two locations in the city that share the same moniker), with its horsehead sconces and chic, thrift store decor, we just kept walking. We were far too square for a spot like that. It couldn’t have possibly been the place our friends had recommended.

We reached the end of the street, somewhat confused. The restaurant was supposed to be on that block. Rand asked a trio of nearby hipsters, if they had heard of it.

They looked at us as though we were slightly insane (and yet they were the ones wearing leggings as pants), and pointed to the glowing restaurant just behind us.

Inside, it was warm and noisy. Mismatched chairs surrounded polished metal tables. The elaborate menu was written on huge blackboards along the walls. 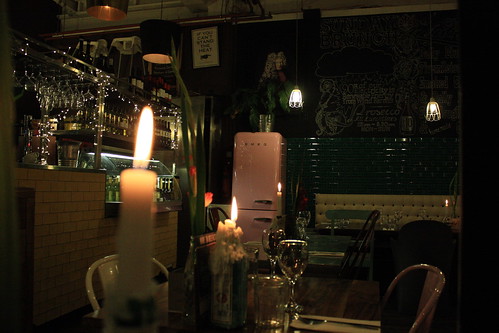 Even the light fixtures were cool: bare bulbs hung down, while chandelier decals adorned the ceiling above them. 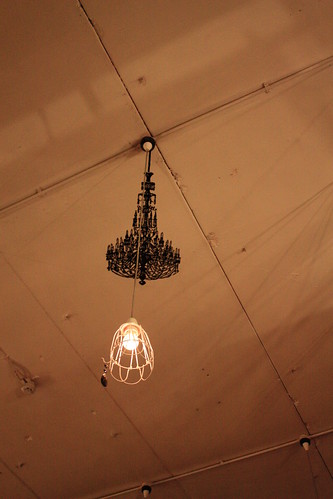 I took a deep breath and decided to pretend that we belonged there. (Note: some of the following events may slightly dramatized.)

“So,” I said loudly, “How’s that new band that no one here has ever heard of? Still awesome?”

“What in god’s name are you talking about?” Rand replied.

“I HEAR THEIR NEW CD HAS A CELTIC INFLUENCE,” I continued, hoping someone would overhear. “WHICH IS INTERESTING SINCE THE ONLY INSTRUMENT THEY USE IS THE DIGERIDOO.”

Rand stared at me blankly before gently patting my head.

“I’m helping us fit in,” I whispered.

“Of course you are.”

And just as I was about to start making up fake American slang in a vain attempt to make us seem cutting edge (“Oh, you call those fried slivers of potatoes ‘chips’? That’s fascinating. We refer to them as ‘rhomboidal tubers.'”), I realized it was entirely unnecessary. Despite its hipster accouterments and locally-sourced, environmentally sustainable menu, Made in Belfast is shockingly unpretentious.

The tables were full of regular people. Some were well-dressed, others were not. Some were older, some were younger. Some sat in noisy groups, others dined alone. They all looked equally content.

We could be our normal, dorky selves.

The hostess seated us quickly (“Watch out for the wee step”, she said), and our server was delightfully, bitingly sarcastic.

We started with the chicken liver pate, which was served with spongy, toasted brioche and a jam made of shallots and oranges. It was smooth and light, and a bit milder than I would have liked (I rectified this with a quick sprinkling of salt). 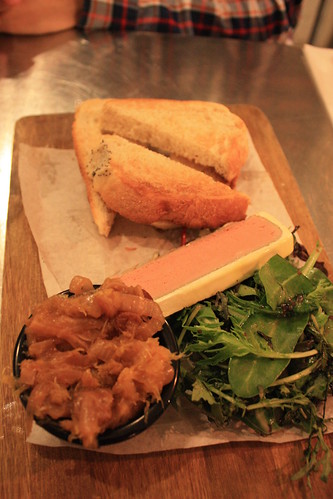 Rand ordered an elderflower collins – a floral twist on the Tom Collins. 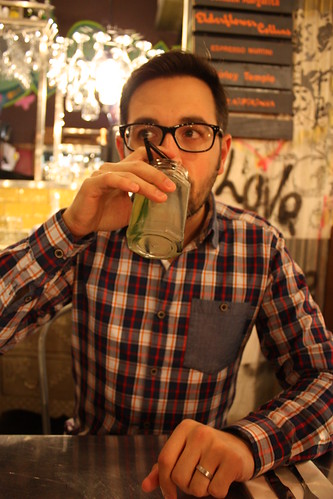 It went over well. 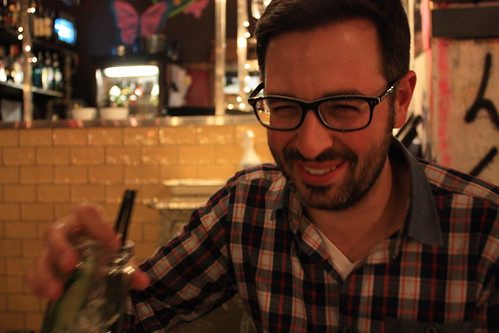 I got the mussels and chips. I daintily dipped the potatoes into the milky sauce in the bottom of the pan (a mix of cream, cider, and juices from the shellfish), before finally diving straight in with a spoon. 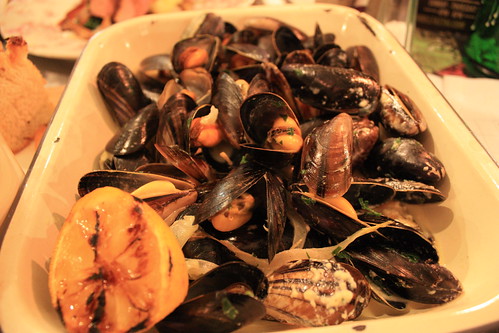 Rand got the duo of duck: a roasted breast, flavored with hints of anise, and a small cottage pie of duck, topped with whipped potatoes. 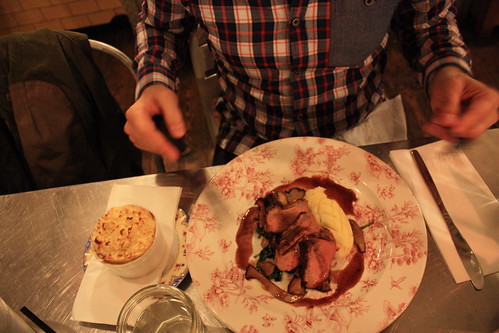 When we finished our meal, our server asked if we were interested in dessert. I contemplated this for a little while. 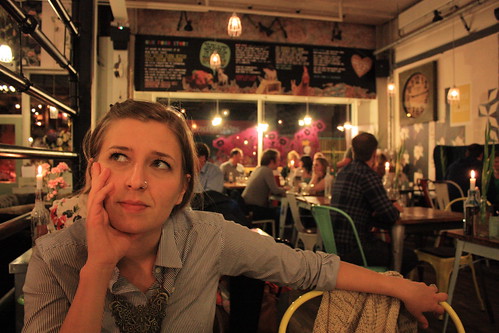 “Should we get two desserts, or five?” 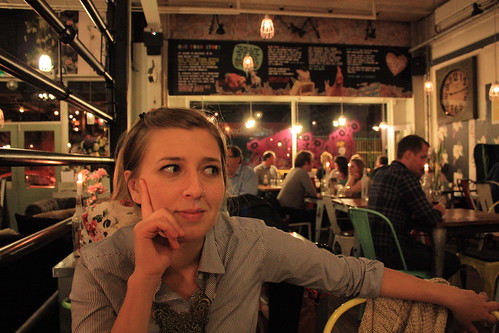 We ended up going with the sticky toffee pudding, which came with a scoop of honeycomb ice cream. 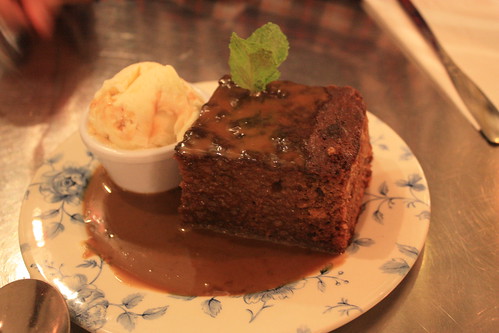 It, too, went over well: 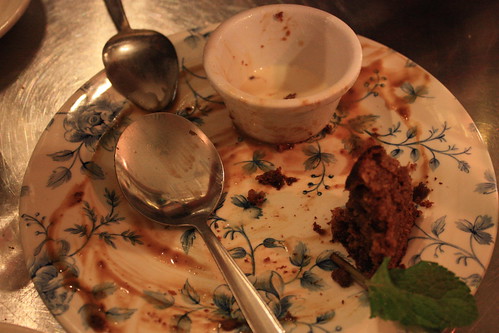 “What was that you said earlier about digeridoos?” Rand asked, after we had finished our meal.

And then we wandered out together, full and happy, and feeling utterly like ourselves.