Sometimes my mother will say or do something so strange or utterly clueless, that all I can do is pull her onto my lap (for my mother is very wee and weighs nothing, and the genes that cause that are apparently recessive, damn it), gently take her face into my hands and whisper,

“You would have been eaten by wolves if it weren’t for me. Do you understand that? BY WOLVES.”

And she will dismiss me in that charming Italian way of hers, saying something like, “Oh, Geraldine, do shut up,” while sounding exactly like Arianna Huffington.

Recently, though, I realize I’ve evaluated the situation improperly. I simply thought, for years, that there was something wrong with my mother.

That’s why she calls Starburst candies by the incredibly strange name of “Opal Fruits.” Or how she refers to oatmeal as porridge. And then there’s her tendency to put ginger into random dishes like chicken soup.

No, seriously. She puts ginger in EVERYTHING.

She’ll call me when her computer breaks, or when the microwave confuses her, or when she receives a particularly aggressive piece of spam email that’s freaked her out good.

And all those times, I quietly pat her head, do what I can to help, eat her gingery chicken soup, and remind her that without me, she’d be dinner for a creature that was only slightly higher than her on the food chain.

Yes, she’s lived in the U.S. for thirty odd years (sometimes very odd years), but she’s still a European at heart. I wonder if, no matter how much time you spend in another place, things still remain confusing and novel.

This thought hit me when I found myself confused (once again) by a European shower. We travel to Europe a handful of times a year. You’d think that by now, I’d have grown accustomed to a few things, and I have.

I have no problem drinking copious amounts of tea and gobbling up cake after cake when we’re in Ireland or England. I know that when in Italy, you don’t put cheese on any pasta with fish in it (and that, sure enough, the servers won’t even give you the option of having it).

I get that in Spain, you aren’t going to have dinner before 10pm. That’s just how it works.

But the shower I encountered in our cottage in Ireland was waaay more befuddling that all of that.

Here it is. It looks innocuous enough, right? 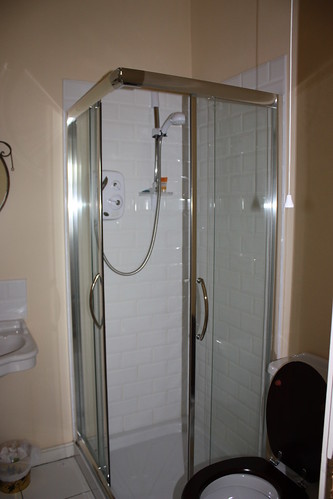 WRONG. It was positively evil. There were no knobs or handles of any kind that I could turn to get the water running. There was this little console inside, which I tried to use. At first, it seemed self explanatory. 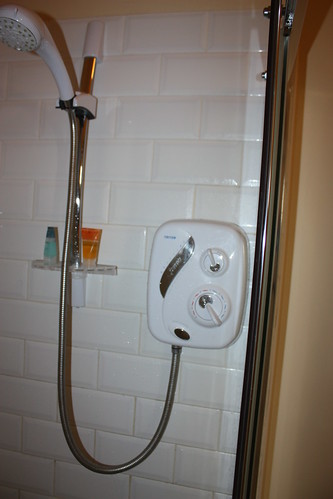 It had dials for water temperature and water pressure, and a start/stop button! Plus, it was all in English! Surely I could figure this out, right? 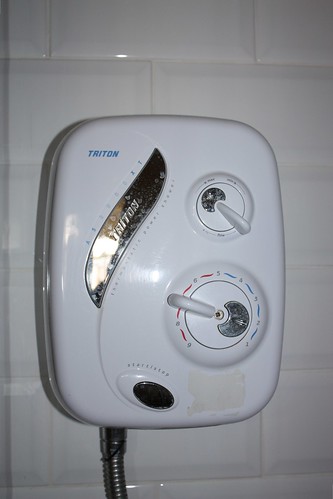 I fiddled with those dials. I pressed that start/stop button until my fingertips were red. I did every single permutation of button pressing/dial turning I could think of, until I was near weeping. 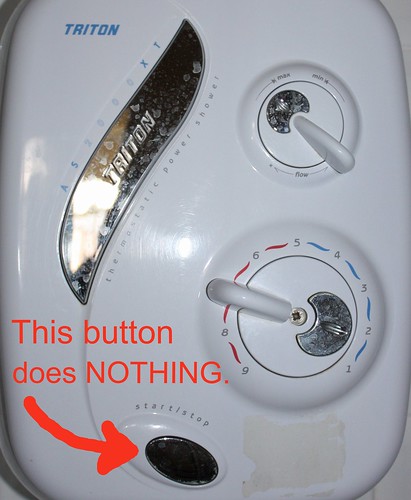 Finally, Rand wondered aloud if the cord hanging down from across the room might have anything to do with the shower. He leaned over to pull it.

“DON’T YOU DARE PULL ON THAT,” I snapped. “I am fairly sure that will call the fire department, or set off an alarm, or something.” 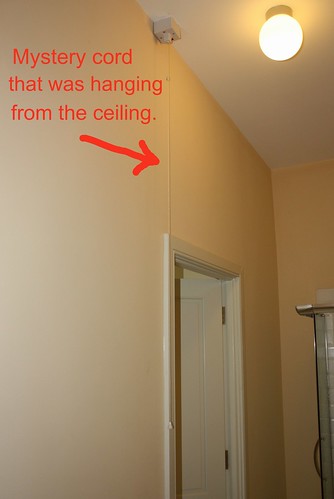 I mean, it looked exactly like the little emergency pull-cord I’ve seen in hospitals and hotel rooms. The one you tug on that, with any luck, sends a handsome orderly or bellhop with a chiseled jaw to assist you (I’ve never pulled it. I’m speculating here).

Besides, how could that cord have anything to do with the shower? It was on the other side of the bathroom, and it looked like a fire alarm. There was even a little red light on it. 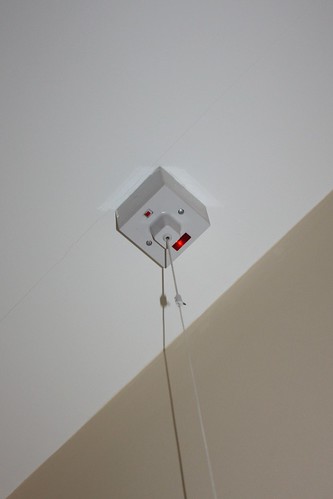 Rather than test Rand’s potentially disastrous theory, I stuck my head out of our room and screamed to our friends.

“YOU GUYS, OUR SHOWER IS BROKEN.”

“Wait, really?” someone replied. “Ours is working fine … did you pull on the cord?”

“Well … no.” I proceeded to mumble something about fire alarms while Rand looked at me and sighed.

We pulled the cord. Water instantly started gushing through the shower head.

And I realized that maybe I owe my mother an apology.