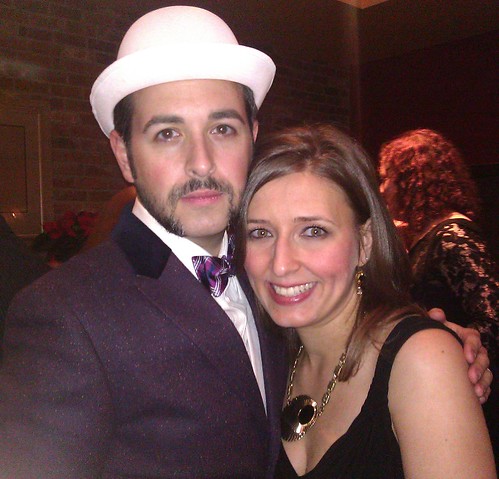 There was a lot of awesomeness happening that night.

I’ve been curating a theatrical trailer for the crazed, unscripted movie that is my life.

It plays whenever I’m prompted to take stock of my existence: on the night before I got married; in the days prior to my surgery; during the one ill-fated evening in a New York hotel that our toilet started to overflow, and I, somewhat irrationally, thought we might die.

(Parenthetically, that latter event has henceforth been known in our house as Apoohcalypse.)

I star in my own trailer, obviously. But I’m also the director, and the producer, and key and dolly and best boy grips (shut up – I do too know what those are). And I’m the editor. As the years pass, I’m constantly leaving scenes on the cutting room floor, and adding new ones.

Many things that seemed significant at the time – in high school, or college, or the grocery store parking lot last week when someone stole my spot – no longer make the cut. But they once did.

The scenes that remain, even after many years, are the more notable moments of my life. The summer when I was 7 that I broke my arm (indeed, to this day, I still can’t touch my right shoulder with my right hand. Which isn’t really an issue unless I have to lead some sort of critical round of “Head, Shoulders, Knees, and Toes” where the fate of the free world is at stake. Then we’re all screwed). That time I got sent to the principal when I was in the third grade, in a complete miscarriage of justice. My first kiss. My first heartbreak. My subsequent first eating of two pounds of chocolate as a means of dealing with said heartbreak.

For the last 11 years, this has been my leading man. 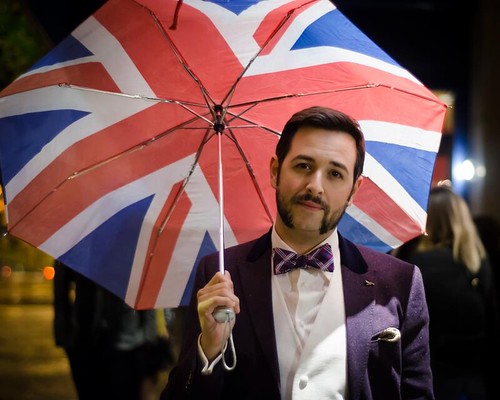 This unspeakably awesome photo is courtesy of our friend Rudy Lopez.

11 years. A landmark which we just passed.

I’ve never stuck with anything for 11 years. Not the same haircut. Not the same hobbies. Not the same celebrity crushes (with perhaps the exception of Jeff Goldblum. But he’s dark-haired and long-legged and Jewish. If that’s not a pattern, people, I DON’T KNOW WHAT IS.)

But then Rand snuck into the picture, and turned the narrative of my life into something far better than what it was.

And events that would have faded into the ether of the past had he not happened, had we not happened, have made it into the trailer. The bus ride on which I bumped into him on a rainy November night. The awkward conversation that followed. Our first date, two weeks later, during which I told myself that I would not kiss him (a resolution that I am pleased to say I kept to for the better part of three hours. I’m know. I’m pretty impressed at my willpower, too.)

We’ve had so much good screen time. So much ridiculousness. So many giggles. So much making out. And so many photographs of said making out.

Hell, he’s changed the whole tone of the film of my life. I’ve found that I’ve had to edit out more and more of the darker vignettes in my memory. All the past heartaches. All the break-ups and the disappointments and tears.

I’ve had to cut a lot of them in post-production to make room for the loveliness of my husband.

And our star-studded supporting cast.