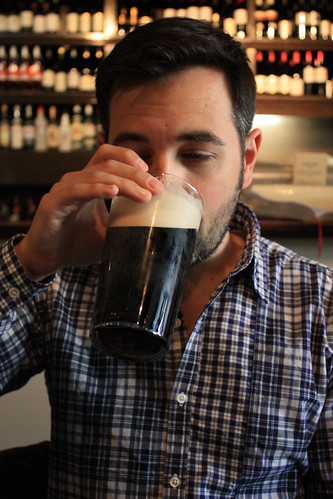 My beloved, with his beloved.

In case you were unable to gather it from yesterday’s post, Guinness is a big deal in Ireland.

Okay, calm down. Yes, I realize there is far more to Ireland than Guinness (trust me, I GET IT). I’m not trying to upset anyone. I don’t mean to overgeneralize or to come off as a bigot. I’m sure plenty of people in the emerald isle don’t drink the stuff at all.

So please, stop waving your finger around like that and calling me names. Really. Such language.

I simply mean to say that Guinness is important to the Irish. Much like pasta is to the Italians, or koala meat is to the Australians.

Ahem. What was I saying before I started trying to incite an angry mob? Oh, right. Guinness. The point is, a lot of it was consumed during our trip, by my husband and those around us. Me? I’m not a big beer drinker. I never have been. I have my vice. You all know what it is.

And in case you’ve forgotten, here’s a photo that Rand took of me right after my surgery, with said vice: 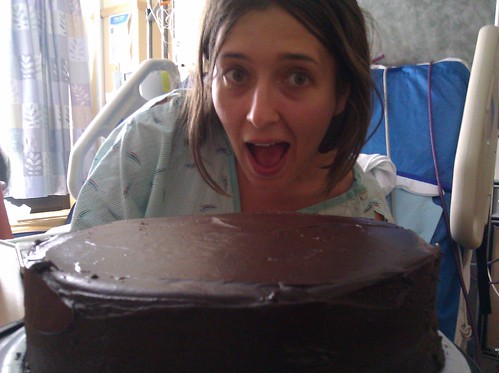 This is your brain on cake. Any questions?

The point is, I like sweet things. And beer is not sweet.

So while my beloved and those around me drank (responsibly, I should note. Which is not how I eat cake), I stood by and listened to their conversations. They spoke of work, of life, and of beer.

Someone explained that in in Ireland, the traditional way to stave off a hangover is to end the night with a shot of blackcurrant juice. And someone else noted that it can even be added to a pint of Guinness, giving the porter a sweet and fruity twist.

This suggestion shocked and horrified a few people. I’m fairly sure a record screeched, and an old man clutched at his heart, and someone else fainted. But after the commotion died down, it was insisted that Rand try a blackcurrant and Guinness, for the novelty of it, if nothing else. 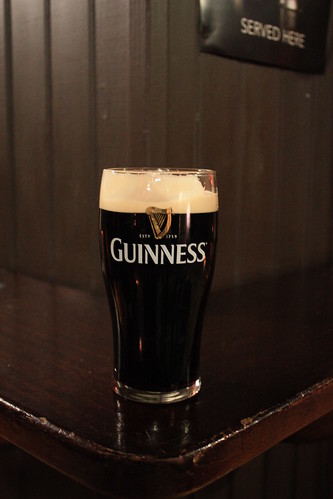 Note: it looks pretty much like regular Guinness, except that sometimes the head gets purple. #thatiswhatshesaid

And so a shot of the purple-hued juice was added to the dark beer, and given to my husband. He took a sip and promptly made a face.

“You’ve ruined it!” he cried, and the crowd laughed and nodded, and proudly slapped him on the back.

They told us that mixing the two was mostly for tourists or college students or anyone too uncultured to appreciate a proper Guinness. They were so happy he realized how bad it was.

Rand placed the drink back on the bar, where it sat neglected for a few long minutes before I decided to take a sip.

It was bitter and rich and sweet and light all at once. Like a chocolate cake with raspberry filling.

“Yes, yes,” I said, making a face and pretending to know what I was talking about. “It’s awful. An abomination. They’ve ruined a perfectly good something-or-other,” I mumbled. And then I complained about rock music being just a bunch of noise, and the crazy hair that all the kids today have.

And when no one was looking, I took another sip. And then one more for good measure. Because beer may not be my vice, but beer that tastes like chocolate cake with raspberries? 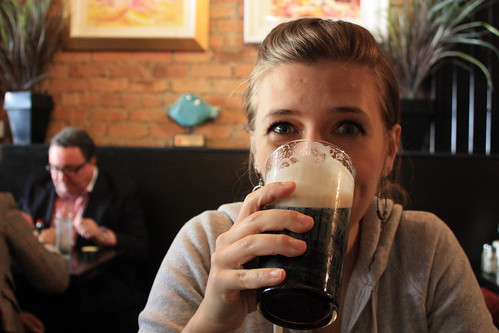 Also, it gives me crazy-eyes.

P.S. – Rand would like me to note that in that last photo I am not drinking Guinness, but actually Mourne Oyster Stout – a porter that was brewed especially for that restaurant. Which I totally knew. I was just testing all of you.