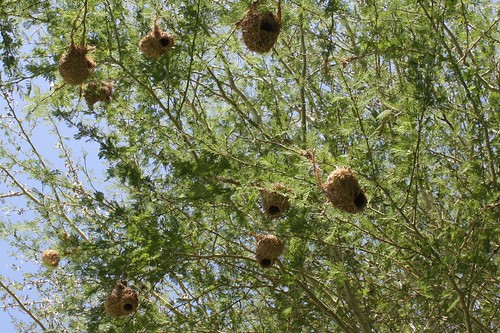 Rand often tells me that it takes a lot to please me. I argue that this isn’t exactly true. I require very few things to be happy.

I’ve explained time and again that I require little else in life than a cupcake or four, his undivided attention, and a really comfortable couch.

The problem is that I need those things constantly. All the damn time. I want them all right now, even though none of that would be feasible, since I’m standing at my computer and Rand is still at work and our couch wouldn’t even FIT in my office and if it did, oh god HOW would I get any work done?

See why I eat so many cupcakes? It’s because it’s the only one of my constant demands that can be met easily. You’ll note, too, that “looking good in skinny jeans” was not of my list of things required to be happy. I’m not entirely unreasonable.

But Cape Weaver birds? Man, those suckers are demanding. There’s just a whole bunch of crazy going on. It’s like the entire species read a copy of The Rules. It’s a miracle they’ve managed to survive, since the males spend most of their days trying to please the females, and the females, in turn, are rarely happy with the efforts.

Don’t even think for a second that it would be cool to read into that. There are no parallels to be drawn here, people. Rand wooed me with an order of tiramisu and a smile which, despite being warm enough as to be partially responsible for global warming, wasn’t hard for him to conjure up. Half an hour into our first date, and I knew I was doomed. I told myself I would not, under any circumstances, kiss him that night.

I stuck to that resolution for the better part of two hours. I continue to be amazed at my restraint.

Errr, sorry. See? This is why I eat cupcakes, people. It’s because I am reasonable and easy to please. Not like those damn birds.

I first discovered them while floating, not unlike a rather elegant walrus (if I do say so myself) in one of the infinity pools at Bushman’s Kloof. 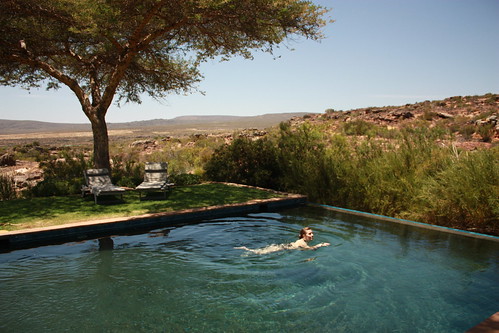 Here I am in the pool. The zoom on my camera was deactivated for your protection.

I looked up, and dangling from a tree above me I saw what appeared to be two or three dozen little woven baskets. They were stuck rather securely on the branches, so that they swung back and forth in the breeze, but never seemed unstable or at risk of falling. 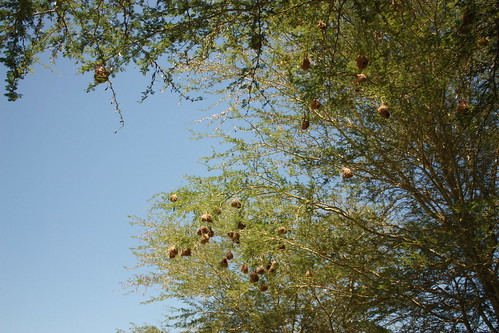 I stared, quietly praying they were not home to some sort of horrifying breed of wasp that fed exclusively on human eyeballs, when I noticed a little yellow bird dart into an opening in one of the baskets. Moments later another appeared, and another. The flitted rapidly between the hanging nests: it was like I was peeking into an elaborate bird apartment complex.

Later, I asked Simone, one of our guides, about the birds. She explained that they were called, fittingly, Cape Weaver birds. The males create the nests in order to lure mates. The female birds will approach, and often times without much justification, will let it be known that they find the nests unacceptable. So the males will tear down the nests they’ve created (indeed, we found a few discarded nests on the ground) and start anew. Over and over again until the females are satisfied. 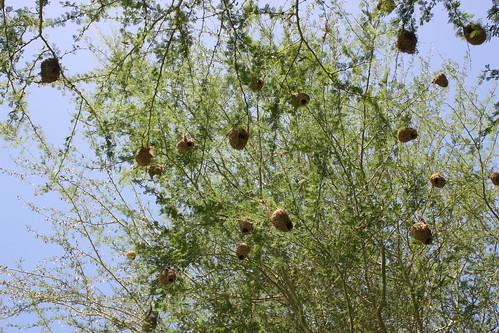 Now, I’m sure that there’s a completely viable evolutionary reason for this sort of behavior, but to an outsider, it looks positively batty (no pun intended, because bats aren’t birds). Rand and I examined one of the discarded nests. There was absolutely nothing wrong with it. Seriously, I can think of plenty of birds who would be absolutely thrilled to have a nest like that, you know?

I mean, really. WTF, female Cape Weavers? I’m not asking you to settle for an inferior product, or to settle down with a male who can’t provide you with a good home. But being picky for the sake of being picky is not an attractive quality.

Don’t get me wrong: male Cape Weavers are equally to blame here. Tirelessly working to build nest after nest even though several of their iterations were perfectly good. Didn’t Eleanor Roosevelt say something about how someone can’t make you their doormat unless you lie down and let them? Yeah. I’m pretty sure that’s the quote.

Anyway, THIS IS YOUR FAULT, TOO, MALE CAPE WEAVER BIRDS. STOP BEING DOORMATS.

Still, despite my species-centric criticisms, it became clear that the situation wasn’t really problematic for any involved. I could hear the chirping of little baby birds inside the nests. Thing seemed to be going fine. Proof that there’s someone for everyone, no matter how demanding you are. 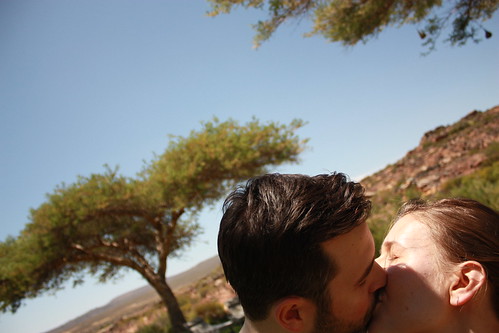 Which I’m just noting for the sake of noting it. Not because it applies to me or anything.

Note: I didn’t seem to get any close up photos of the actual nests, or the birds. I blame the fact that I was wearing a bikini at the time (as such, I was busy fending off the pod of male walruses that was trying to mate with me.) However, National Geographic has some great images of them.