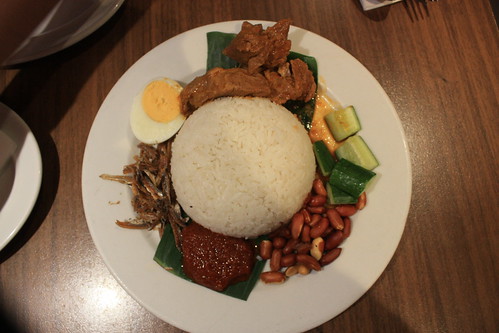 The first time Rand and I visited Sydney, we ate at the Opera House restaurant (at the invitation of conference organizers).

Our meal was absurdly posh and beautiful. Later, every one of us who partook in the oysters at dinner (myself, and a few other miserable souls) got a wicked case of food poisoning.

As one Aussie succinctly but graphically described the night, “Diarrhea mate. Diarrhea everywhere.”

This is not that story.

I bet you’re relieved, huh? Instead, this is the tale of the hole-in-the-wall Malaysian place that changed my mind about restaurants in Australia (because that night scarred me so, for the next 5 years I would shudder when I thought of eating on that continent).

Outwardly, Mamak looks a bit sketchy. The sidewalk in front is cracked, and were it not for the line of people waiting out front, you’d probably walk right by.

That’s the way things go, isn’t it? The fancy pants restaurant gives you food poisoning, and the sketchy looking place turns out to be fantastic. It’s like the time in high school that you discover that the nerdy kid is a phenomenal kisser. (Takeaway lessons: don’t dismiss scary-looking restaurants, and try to make out with boys on the math team. You are welcome.)

The line outside Mamak looked far worse than it was. Rand and I were at the end of it, and there were at least 8 people ahead of us, but we were seated within 10 minutes.

The somewhat worn facade opened to a clean and warmly lit interior, packed with tables full of diners. The hostess directed us to one, handed us menus, and sped off.  We perused their offerings. The lunch menu wasn’t too difficult to navigate – there weren’t an overwhelming number of options to choose from, and our server was forthcoming with recommendations.

Our food arrived in shockingly little time – it’s no wonder the line outside Mamak moves so quickly. Turnover in this place is ridiculous.

The first entree to come out was the Nasi Lemak, which is often considered Malaysia’s national dish. It was a mound of coconut rice surrounded by a number of discordant elements: tiny dried anchovies, chopped up cucumber, spicy sambal, a handful of peanuts, and a hard boiled egg. We had the option of adding more protein to it, and decided on the curried lamb. 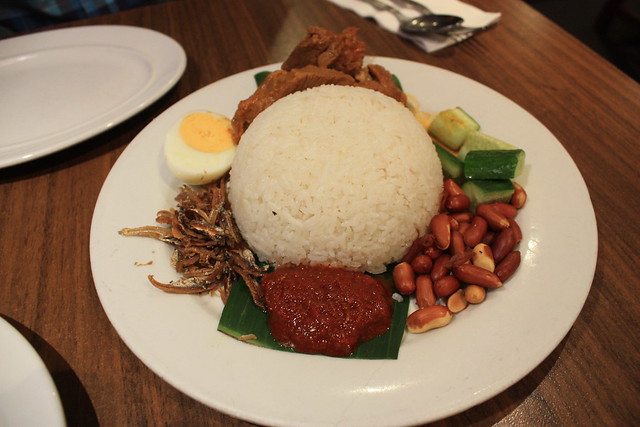 We stared at the dish, trying to make sense of where to start. It soon became clear:  the Nasi Lemak requires assembly.

And by “assembly,” I mean that you mash all the ingredients together and shovel them into your mouth as fast as you can. 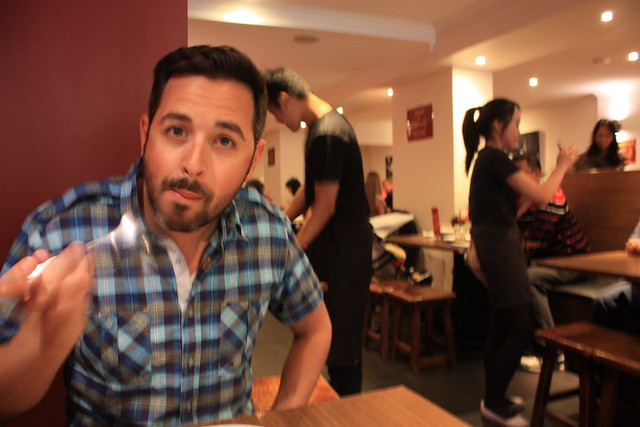 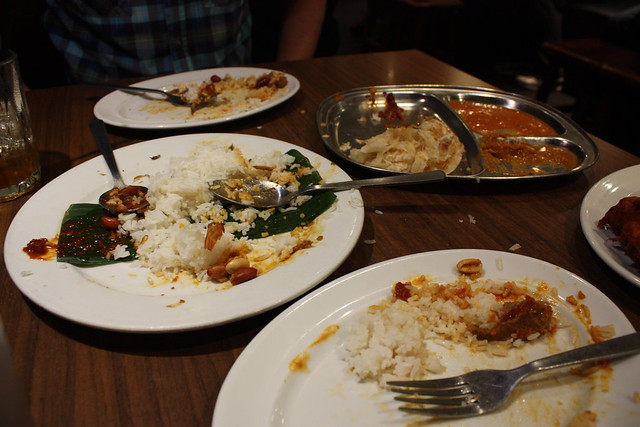 The seemingly separate elements paired perfectly together. Each bite was a jumble of textures and flavors: salty, fishy, spicy, crunchy, crispy, tender. There was curry and coconut, eggs and chili. Miraculously, it all worked. I had to resist the temptation to simply tilt the plate directly into my mouth.

Sometime during our shoveling, the roti arrived. Mamak has ten different preparations of the flaky, chewy bread listed on the menu, ranging from savory (filled with spicy meat, eggs, and onions) to sweet (paired with ripe bananas). We went for the most traditional iteration, roti canai, which came out piping hot and alongside a pair of red- and orange-hued dipping sauces.

I’ve heard that the roti was the best thing on the menu, which was somewhat hard to wrap my head around. I mean, who leaves a restaurant whispering about the bread?

And then we tore into it.

The texture was … unworldly. It seemed to stretch like elastic, but was tender and flaky all at once. Without meaning to, our pace of eating matched that of the restaurant’s service. 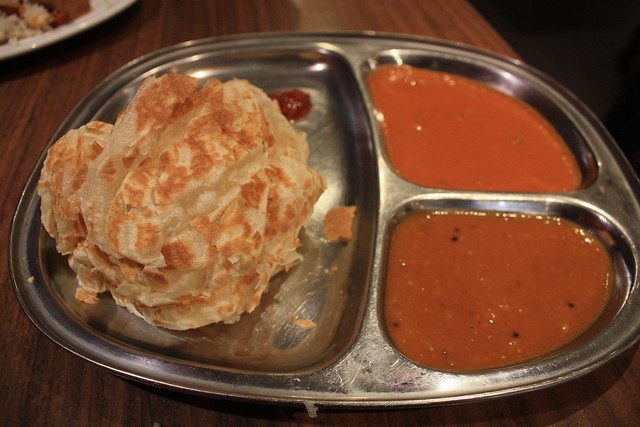 We blinked, and it was gone.

Fortunately, there was still fried chicken. 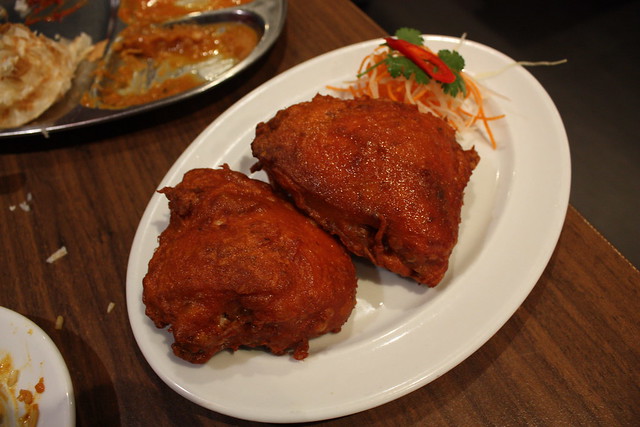 I’ve documented my weakness for fried chicken before on the blog. And it should serve as a testament to how good the rest of the dishes at Mamak are, that we hardly noticed when the two sizzling pieces were placed on our table.

It would turn out to be the least impressive of the dishes we’d ordered. It was by no means bad, but the coating was a bit too thin and bland. After the multitude of textures and tastes we’d just consumed, the chicken was going to have to try a little harder.

We asked for the bill, and it was brought to us just as promptly as the food. It came to roughly $30 AUS, making it by far one of the cheaper meals we had in Australia. And certainly one of the best.

We waddled out into the afternoon, the breakneck pace of lunch finally hitting us. The flavors, the textures, the speed – it was all dizzying. We walked slowly, trying to make sense of it all. Like so many passionate love affairs, it was over too soon.

After a few moments of silence, I looked over to Rand.