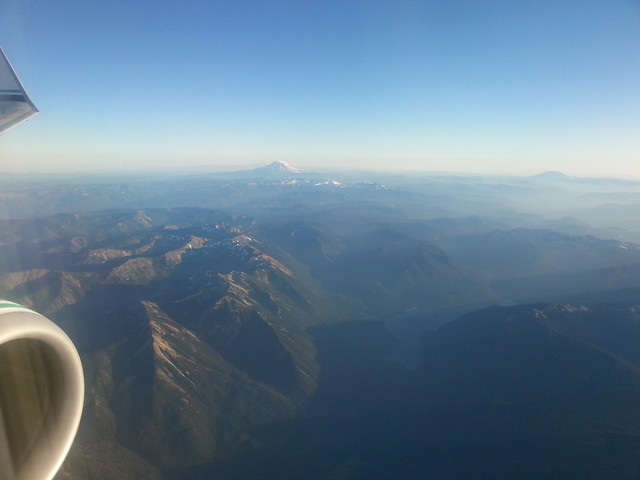 Rand and I spent the weekend in Boulder, imposing on friends. I did a whole lot of nothing, which isn’t dissimilar to how I spend my days in Seattle, but being in Colorado, the nothing was done at a higher altitude.

This meant that it was slightly more work to do nothing.

The sunshine-filled days and the trip to Boulder meant that I only got three posts up last week, a revelation that scandalized my husband, and were he an elderly woman in the old south, he’d have shouted something along the lines of “Well, I never,” and promptly fainted.

In my defense, it’s incredibly difficult for me to blog during the summer months in Seattle, because I don’t want to waste a sunny day indoors. I want to do nothing but sit and stare at the sky and marvel that after so many months of grey, it can turn so brilliantly blue.

If you require proof, you’ll need to look no further than the photos I took during the flight back. 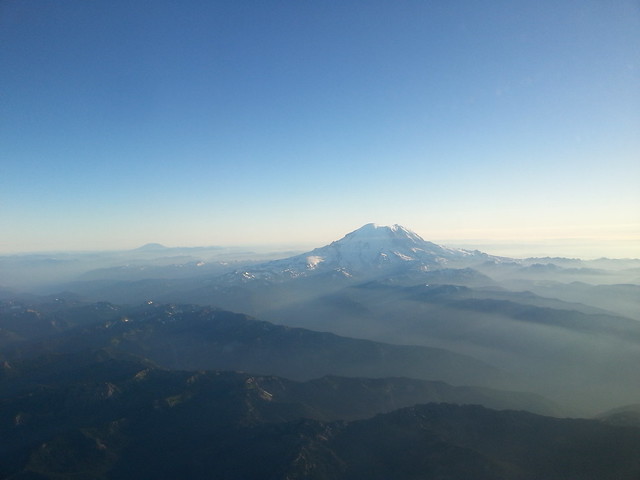 We approached Seattle from the south (which is rare, given that we often fly north before heading east to Europe or New York or Boston), and the view was beautiful to the point of being ridiculous, causing me to simply stare and drool and mumble to Rand as I tapped on the glass. 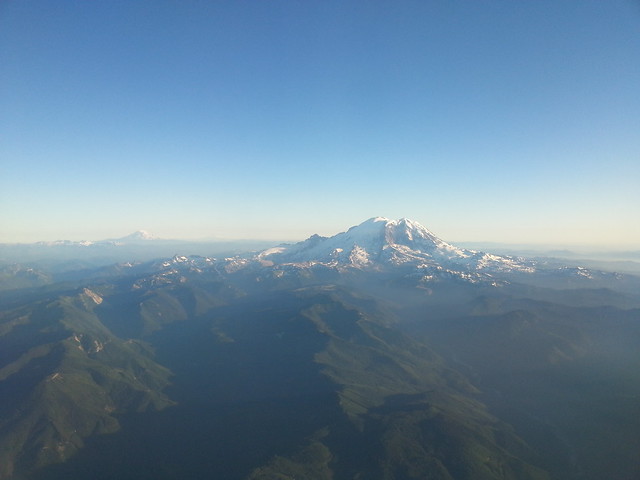 We saw the backside of Mt. Rainier, and behind it  could make out what I guessed was Mt. St. Helens, and beyond that, Mt. Hood. 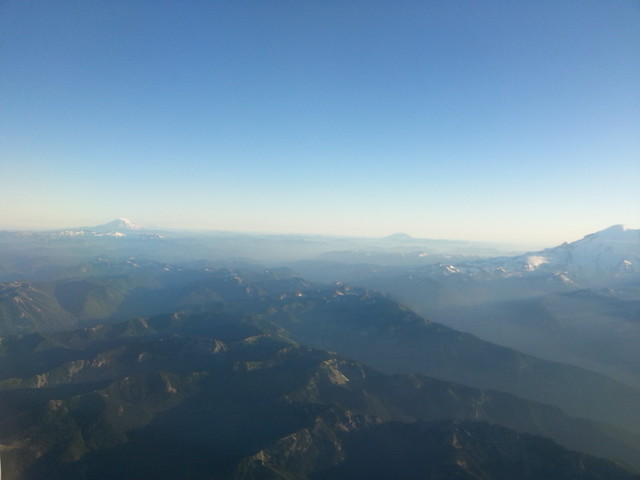 I spent the last bit of our flight just staring out the window, forgetting to lean back so Rand could get a glimpse, too. Forgetting to take photos (except when my husband reminded me), and even forgetting that Rand had York peppermint patties in his laptop bag.

Forgetting everything, really, except for how the mist clung in the valleys, and the sun lit up the snow, and how, for a few months out of the year, there really is no prettier place on earth. 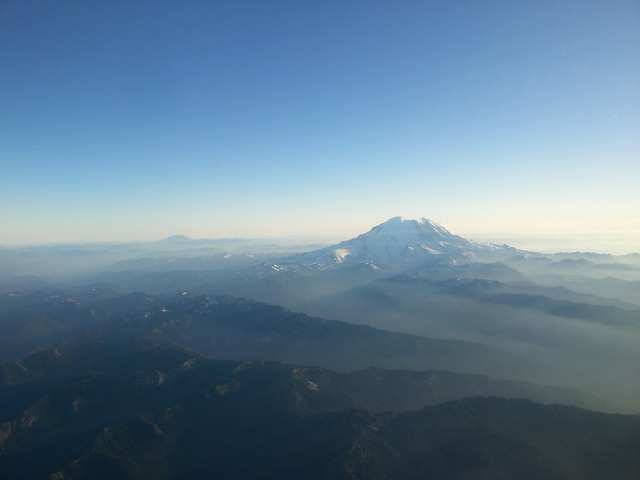 And that’s why I forgot to blog last week, too.