I’d like to deviate for a moment from my pastry tour of France to discuss my dalliance with an ambiguous piece of Bavarian taxidermy. 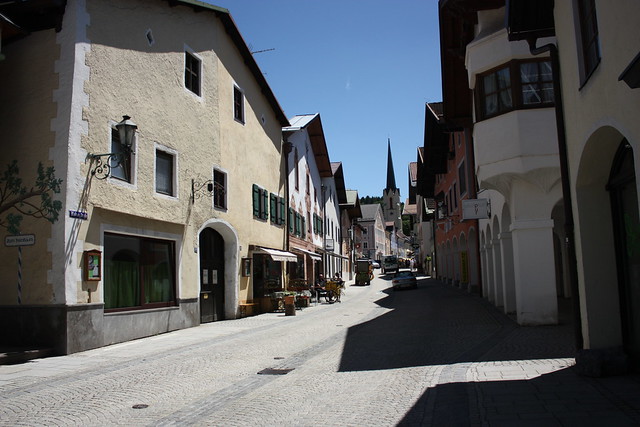 I should clarify (though I remain incredibly proud of that opening sentence):  when I say Bavarian, I don’t mean that the actual taxidermical practices were ones that I’d distinctly associate with southern Germany. The animal in question was not wearing lederhosen, nor was it holding a pretzel and a tiny little stein of beer (Even though that would have been absolutely amazing. And what if it had one of those little German hats? Oh, god, YES. Please let this be a thing, immediately). I simply mean that we were in Bavaria, and I’m pretty sure that this was local handiwork.

Nor do I mean to suggest that  the taxidermy itself was ambiguous. It wasn’t like … half stuffed or something. There was definite taxidermying happening. I mean, if you saw this thing, there would be no doubts: taxidermence had transpired.

No. The ambiguous part was this: we all disagreed on what the animal in question was.

Rand and I were in the town of Garmisch, in Bavaria, with my brother, Edward, his family, and my dad. It was late spring (immediately after our jaunt to Paris), and so sunny and warm, we sat outside. The air smelled of fresh baked pretzels and a mixture of dishes culled from the various stages of a cow’s life: everything from wiener schnitzel to all manner of wursts. 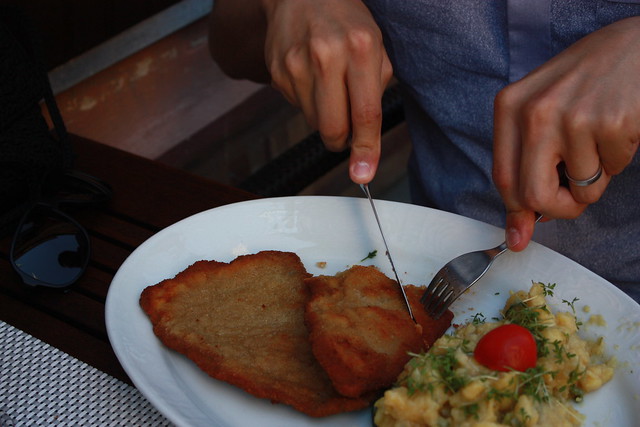 All of this was mixed with the scent of the live cows that grazed in the not-at-all-distant farmlands. The animals’ pungent, herbaceous odor was caught up on a gentle wind that blew through the town, making it clear to all of us: our meals were born not far from here.

At some point, my brother ventured inside to use the bathroom. He returned, mystified by something he’d seen just inside the restaurant’s front door.

“There’s … there’s this giant stuffed chipmunk thing in the entryway.”

My brother usually returns from the the bathroom with some far-too-graphic description of the atrocities he’s unleashed therein (I’m not trying to be funny. He actually does this. It’s horrible). Any deviation from this is well out of character, so we were all intrigued by what he might have seen. Rand decided to check it out for himself.

“That’s not a chipmunk,” he said, upon returning.

“Rand, it’s definitely not an otter.”

“Dude, it is definitely not a beaver.”

“I said LIKE A BEAVER. Beavers have those weird tails, and this one didn’t -”

“Because it doesn’t have a weird tail like beavers have -”

I munched on my lunch and listened to every damn word, because family memories are precious.

We didn’t have cell phone reception, so there was no internet to settle the score, no higher authority that we could appeal to in order to end the debate. It went on for quite a while before I decided that I had to see this thing for myself.

I returned to the table and saw Rand and my brother looking at me expectantly, as though somehow, over the years, I’d secretly become an expert in the identification of small, taxidermied rodents.

“You both suck at nature,” I said, proudly.

This observation triggered another torrent of arguing. Rand vehemently disagreed that it was a gopher, and we both got into a shouting match about the matter until it was revealed that we were, each of us, basing our opinions on how much the creature in question resembled the puppet from Caddyshack.

“You are kidding me, right? IT LOOKS EXACTLY LIKE IT.”

“Are you drunk? Seriously? Tell me if you are drunk. It’s okay if you are. Because that is the only way you can think that thing looks like the gopher from the movie.”

This eventually detoured into a brief exchange of Caddyshack quotes (“Wang, don’t tell them you’re Jewish, okay?”), before I relented slightly.

“I guess it could be a prairie dog,” I offered.

My brother instantly objected to this.

“No way,” he said. “Prairie dogs are those little rodent type things that live out in the middle of fields.”

“AND THAT IS EXACTLY WHAT THAT THING IS.”

“I don’t think so … it doesn’t really look like a prairie dog.”

“Well, it looks more like that than it does a beav-”

“I DID NOT SAY IT WAS A BEAVER. I SAID IT WAS LIKE A BEAVER.”

Throughout this exchange my sister-in-law and infant nephew remained wisely silent, a Switzerland in the middle of a verbal bloodbath.

Our waiter occasionally walked by, giving us sideways glances and raising an eyebrow. I was tempted, for a brief moment, to ask if he knew what the mystery animal was, but I realized that his response would probably be disappointing – something along the lines of “I don’t know” or “I don’t really pay attention to that sort of thing” or “Madame, we’ve been waiting for your party to vacate the table for the last half hour.”

And if he did the latter, drawing attention to the fact that we’d been arguing about a long-dead rodent for perhaps longer than is socially acceptable, I’d probably have responded with something snarky.

“God forbid we overstay our welcome … like you guys did … in POLAND.”

And then it would have been a whole awkward thing, you know? Because when you start using WWII against your waitstaff, things inevitably go downhill.

So clearly asking the waiter was out of the question.

I’d like to tell you that we all reached a common ground on what the damn thing was … but life is complicated, people. Sometimes there are no easy answers, and you just have to sit back and accept that if your husband and brother would die in the wild (you would, too, of course, but at least you’d have a better chance of identifying the small woodland creature that was devouring you).

So I’m letting you guys decide what the hell this thing is (and yes, I weighed the answers in my favor, because it’s my blog and I can do that): 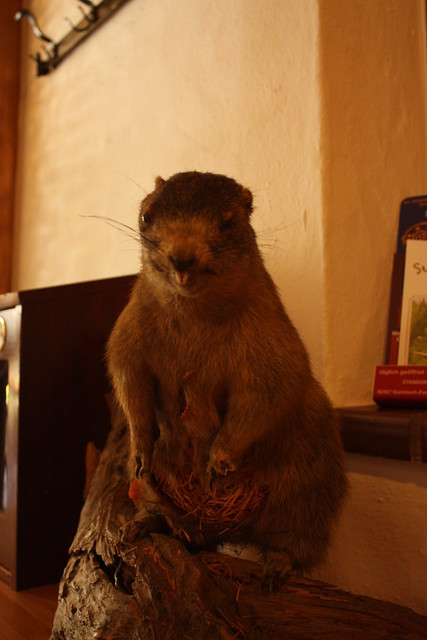