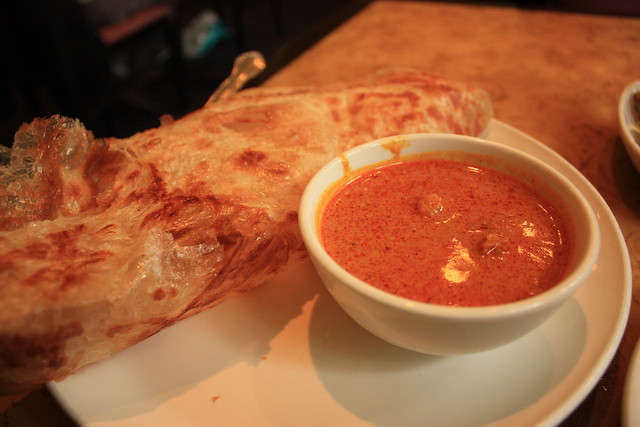 Rand is currently out of town (he left on Sunday morning, and he’ll be back tonight). His absence makes me nervous, because when he is not around, it means that I am alone.

Now, that wouldn’t be a problem except for this: I should not be left alone, ever. Being alone means that I am in charge of my own well-being – a task for which I am woefully unqualified. If I am the only person in the house, I can do whatever I like and there will be no one around to stop me from doing dangerous and calorically irresponsible things, usually while still in my pjs.

Yesterday exemplified this perfectly. I had a lovely morning with Rand, and after he left for the airport, I got to spend a bit of quality time with friends. All of this was wonderful, because it meant that I got to catch up with people who I like, and also because I was beholden to social pressure and the scrutiny of others. So I did all sorts of things which decent, reasonable people do everyday, like put on deodorant and eat vegetables.

When other people are around, I feel an appropriate sense of shame about playing video games on my cell phone for an hour while the TV blares in the background (I’ve found that this two-pronged level of assault on my cognitive system is a great way to unwind). But when I’m alone, I do so without a second thought, usually while not wearing pants.

Also, my dinner may have been cookies and tortilla chips.

The point is: I shouldn’t be left to my own devices, because bad things happen, and even when I try to do things right, I can’t quite seem to.

On a chilly afternoon in Philadelphia, after I’d spent the morning roaming around outside locked buildings and pressing my nose against a window in order to get as close to the Liberty Bell as is allowed during a government furlough, I was in need of lunch.

Now, normal people require actual food for sustenance, so lunch for them often means a sandwich, or some soup, or a combination of the two. And I’m no different, as long as you replace the word “sandwich” with cake and the word “soup” with cake, too.

However, I knew I’d be seeing friends later that evening, and I couldn’t tell them that I’d spent the last few hours eating a  bowl of frosting, because they might write to the Federal Government and revoke my right to vote. And I love voting.

So, out of my respect for the democratic process, I looked up some restaurants online, and found some excellent reviews for a Burmese restaurant called Rangoon. 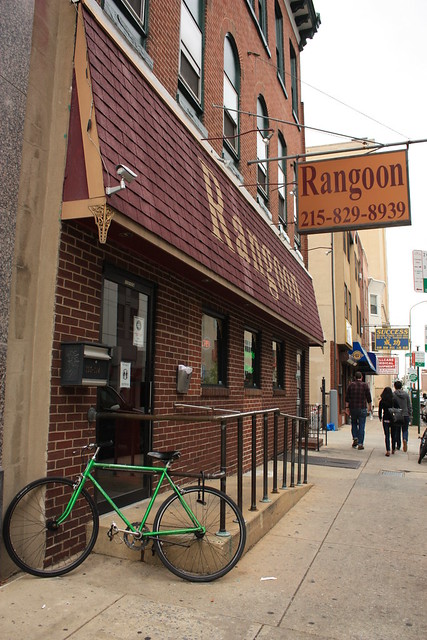 I was incredibly excited about this, because I had no idea what Burmese food consisted of. Perhaps they would serve me a giant cake and call it a salad, and when people asked what I had for lunch I could breezily say, “Oh, just a salad.”

And they would respond something like, “Goodness, you’re responsible. It’s a good thing you’re allowed to vote.”

I took a look at the menu and found myself at a bit of a loss – nothing looked remotely familiar. I grabbed my phone again and read some recommendations on what dishes to order. The internet agreed almost unanimously that the “Thousand Layer Bread” and the crispy watercress salad were delicious (I saw this as a good sign, because the internet only comes to a consensus when something is absolutely true. Which is why it loves cats and Nathan Fillion). So I decided on the bread (with a side of chicken curry dipping sauce) and the salad.

I relayed my order to the waiter, ignored his raised eyebrow, and delighted in my decision. I’d been left to my own devices, and I was eating something besides cupcakes for nourishment! Heck, I’d even ordered a salad. I was being so healthy and responsible! Who knew what the future held? Maybe I’d try jogging, or I’d remember to take my multivitamin. THE POSSIBILITIES WERE ENDLESS.

Seriously, next election, they should let me vote twice.

Then my food arrived. It was fried. 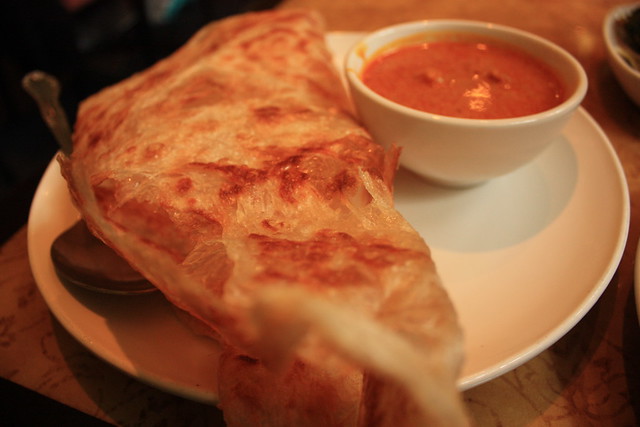 Like, all of it was fried. Even the salad. My salad was fried. 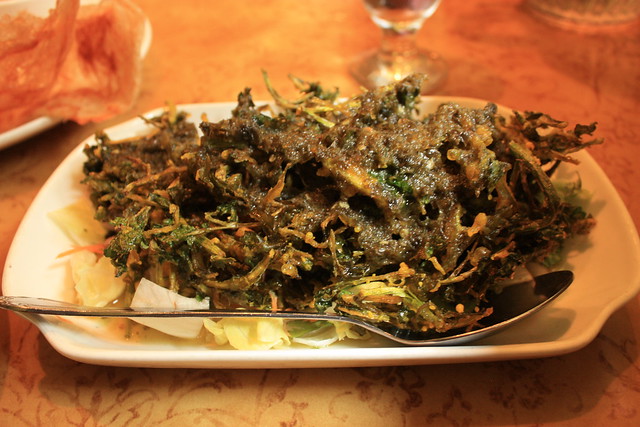 I am going to repeat that, because it is a sentence that is at once beautiful and terrifying. My salad was fried.

I stared blankly at my meal, suddenly understanding why the server had given me a sideways glance as he took my order. It was like walking into a bakery and purchasing a wedding cake.

And then eating the entire thing while sitting in your car in the parking lot.

I mean, what would the staff do if they saw you? They couldn’t stop you, right? They’d just sort of stare, blankly, without uttering a word. Perhaps their mouths would hang open a little bit, or they’d raise an eyebrow, just as my server had.

This is why I can’t be left alone, not even for a minute: because even when I try to be responsible, I end up ordering deep fried everything. Had Rand or anyone else had been there, they’d have likely pointed out that the menu said the watercress was fried. Or they’d have insisted on ordering one other dish, which inevitably would have been healthier.

But instead, I was left staring at two plates of golden fried decadence. And I thought, briefly, about what a decent, reasonable person would do.

And then I ignored all those thoughts, because they were confusing, and proceed to gorge myself. It was wonderful. The salad was bright and tangy, with a hit of sweetness and hot pepper. The crispy bread was a perfect vehicle for delivering the creamy, spicy curry.

As I ate, I could see the staff out of the corner of my eye. They were staring at me with a mix of shock and horror and, I would like to think, a bit of respect, too. 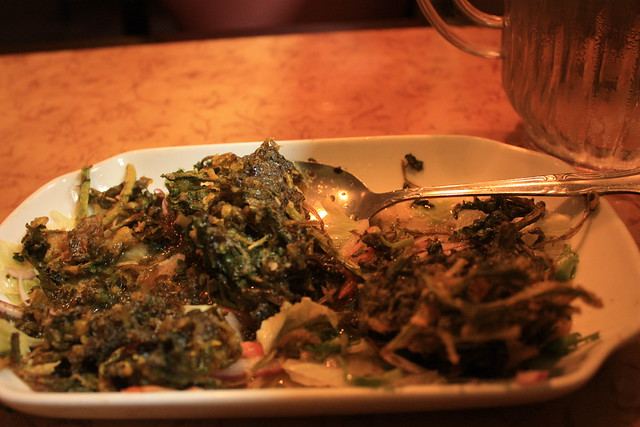 I left, full and happy and feeling a little sick from overindulgence. Later, I caught up with Rand and he asked me how my day had gone. I told him about my adventures, and how I’d had Burmese food for lunch.

“That’s it?” he asked. He sounded disappointed. “That’s so … disciplined.”

I smiled and nodded. Yes. Yes, it was.

And then I went upstairs to take off my pants.