This is a cherimoya: 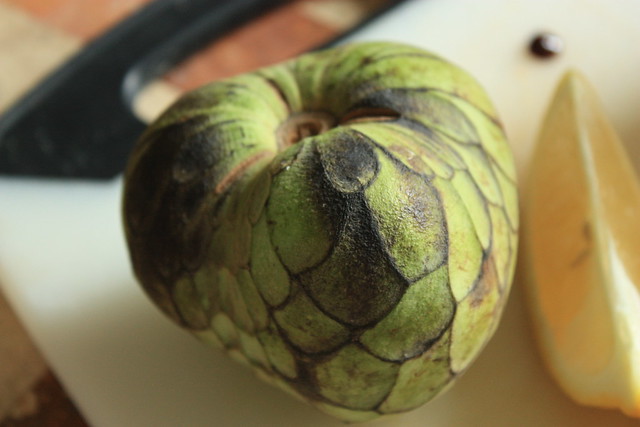 This is NOT how you eat a cherimoya: 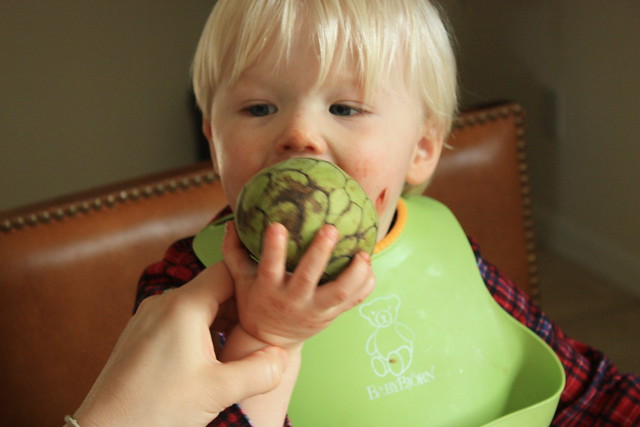 You put it in a bag to ripen, or leave it on the counter, until it starts to blacken (yes, blacken) or turn a little grey in color. The one that Sarah bought at the Palm Springs Farmer’s Market had just started to turn black, but our vacation was over so, damn it, we were eating it, ripe or not.

(It was almost ripe, I think.)

And we had to try it. Because how often, really, do you get to taste something totally new as an adult? I think that’s why chefs are always looking for new flavor combinations – so we can discover a new and different taste, and feel like kids again. (We all had that friend who sprinkled popcorn on her ice cream at slumber parties, right? And at the time, we thought she was nuts, but now? Now we realize she’s a genius.)

So we all tried some cherimoya. In our thirties (well, most of us were in our 30s. Jackson was not). For the very first time. 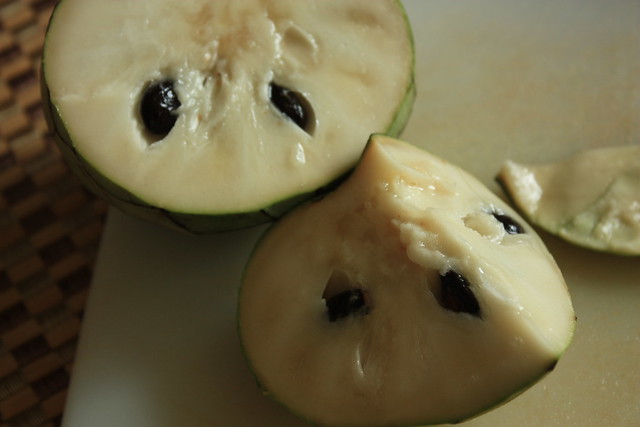 The texture was amazing – pulpy and creamy, like a cross between a banana and ice cream. And the taste was … well, hard to describe. Somewhere between a coconut and a pear, I guess. Sweet, not at all tart, and a little nutty, maybe?

It’s hard to say … describing it is a very difficult thing. I mean, how would you explain the taste of an apple to someone who’d never tried one? Or a banana?

Right? It’s impossible. Unless you cheat a little. Which I think I need to do. 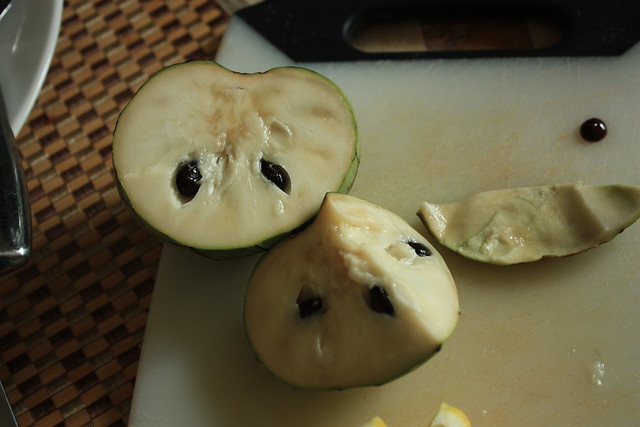 It’s chermoyatastic. It really is.