Note: I realize that the title of this entry is grammatically … problematic. But I’m crazy tired and really, really jet-lagged.

Last week, when working on this post, I wasn’t all that surprised to find that most eponymous airports are named after aviation pioneers and politicians (the vast majority of whom were men). But I soon discovered a handful of airports that were named for a rather unexpected bunch. Celebrities, musicians, and the occasional hero of Sherwood Forest. And they were all just too great to keep to myself.

Here are ten folks who I was surprised to learn had airports named for them. Are they famous? Absolutely. They just aren’t necessarily who you think of when contemplating air travel. 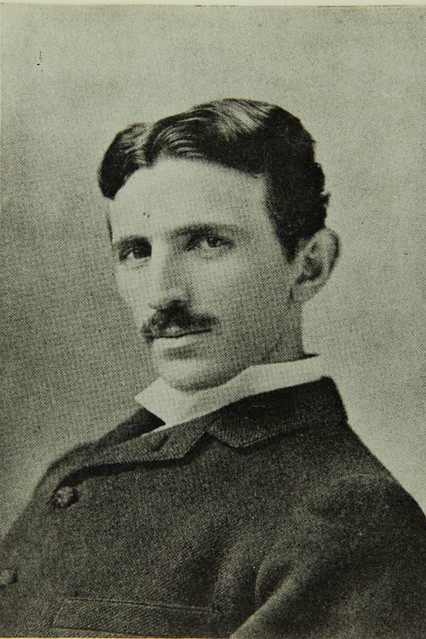 Nikola Tesla. We owe a lot to the famed inventor – he championed alternating current (vs. Edison’s direct current), he created the first hydroelectric plant, and he invented the Tesla coil, which is still used today in many electronics.  The Belgrade Airport in his home country of Serbia is named for him.

Ian Fleming. The James Bond creator was English, but he wrote 14 novels featuring his famous spy while living in Jamaica. The country’s newest international airport now bears his name, but getting there will cost you: they currently only service private and chartered planes. Bonus random fact: Fleming also wrote the children’s book Chitty Chitty Bang Bang.

Alexander the Great. After slaughtering other potential heirs and seizing the throne, the king of Macedonia united Greece and conquered Persia before dying of malaria at the age of 32. I’m not saying he wasn’t notable, but considering he lived more than 2200 years before manned flight, it’s kind of weird to think that you can land at Alexander the Great Airport in Greece. 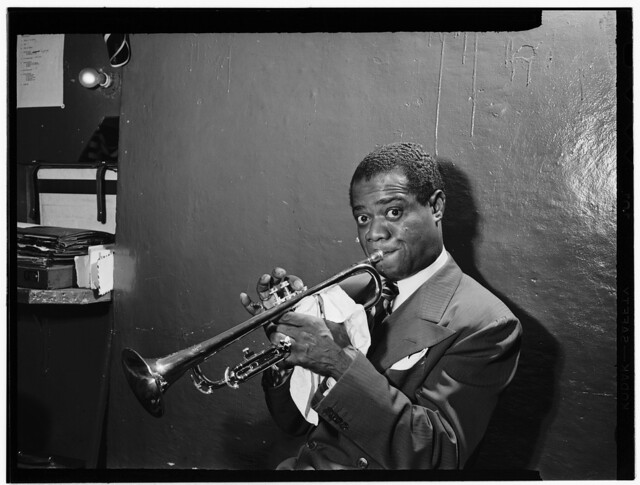 Armstrong, circa 1946. Source: The Library of Congress, via Flickr.

Louis Armstrong. Considered “one of the founding fathers of jazz”, this talented musician first picked up a trumpet at the age of 14. He’d go on to have a career that spanned more than five decades (and had an influence far beyond the genre of jazz). If you are flying into his home town of New Orleans, you’ll probably go through Louis Armstrong International. 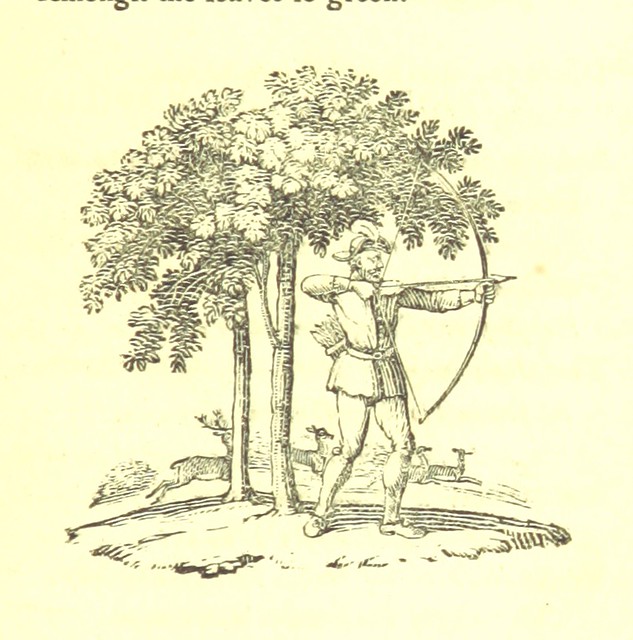 Robin Hood. Whether or not the outlaw and hero actually existed is up for debate. But that hasn’t stopped folks from christening a small airfield in South Yorkshire, England with his moniker. It wasn’t done arbitrarily: Sherwood Forest was supposedly not far from here, and the entire surrounding area lies within the boundary of the Diocese of Nottingham.

John Lennon. I listened to a lot of Lennon’s music towards the end of high school. For being “the quiet one”, he certainly shaped the soundtrack of my teens (it helped that my boyfriend at the time was a huge Beatles fan). But while Lennon’s music may be global and enduring, the folks in Liverpool still get to lay claim to him.

Genghis Khan. In the thirteenth century, the King of the Mongol Empire conquered half of the known world, including Mongolia, China, Russia, Armenia, Georgia, Iran, Iraq, Turkey, Pakistan, Afghanistan and … the list goes on and on. Geneticists believe that 0.5% of the world’s population of men are descendants of Khan. (That amounts to about 16 million individuals.) Considering all that, naming an airport after him almost seems like overkill. 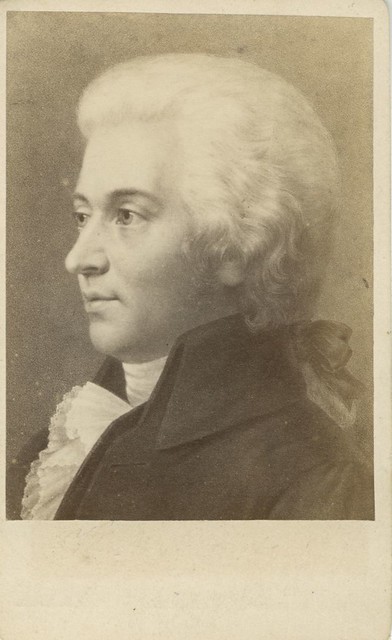 Wolfgang Amadeus Mozart. Despite dying at the age of 35, the Austrian composer and musician was incredibly prolific – producing more than 600 works, including “The Marriage of Figaro,” “A Little Night Music,” and “The Magic Flute” (it helped that he started early – composing a minuet at the age of 5). With a namesake like that, one can only hope that the terminals in Salzburg aren’t playing muzak.

Once again, we’ve got a veritable sausage fest. In case anyone’s looking for recommendations on awesome women after which to name airports, here are a couple I’ve come up with. (Note: they are mostly U.S.-centric. Sorry about that.)

Joan of Arc. She led the French Army (in a tactical capacity, at least) when she was just a teenager, and was martyred when she was only 19. Throughout France there are streets, buildings, and restaurants all bearing her name. An airport feels like a pretty natural progression. 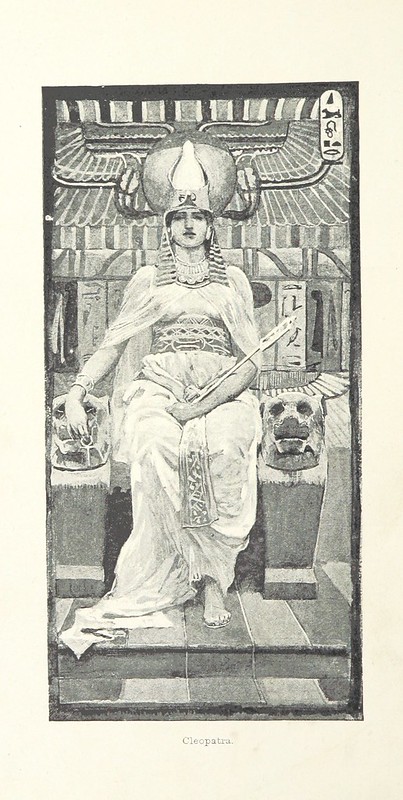 Cleopatra. She ruled ancient Egypt for 30 years. Her face graced the surface of countless coins. If Alexander gets his own airport, it seems like she should, too. 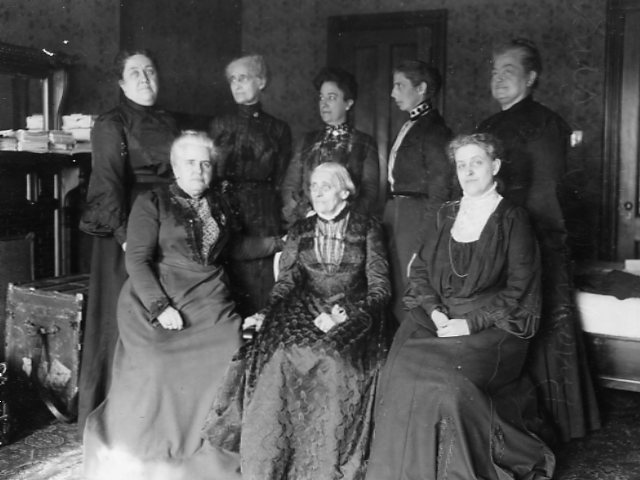 Susan B. Anthony. Despite playing a key role in the women’s suffrage movement, she never got to see her life’s work realized. She was born in Massachusetts and died in New York – surely there must be an airfield in either of those two states looking for an awesome namesake. 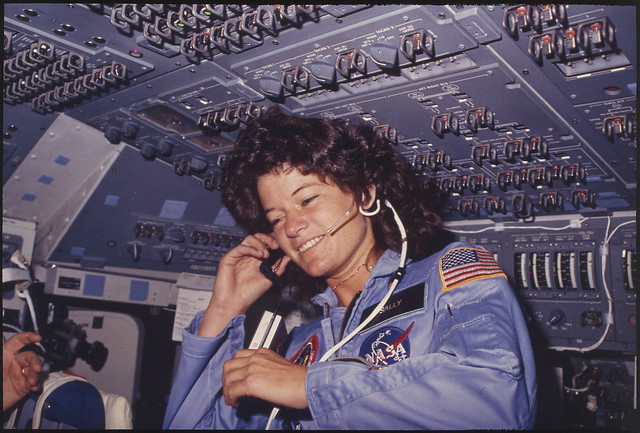 Sally Ride, circa 1983, communicating with ground control from The Challenger. Source: U.S. National Archives, via Flickr.

Sally Ride. THIS IS NOT EVEN A STRETCH, PEOPLE. She was the first American women in space. She deserves some recognition. I’m looking at you, California. 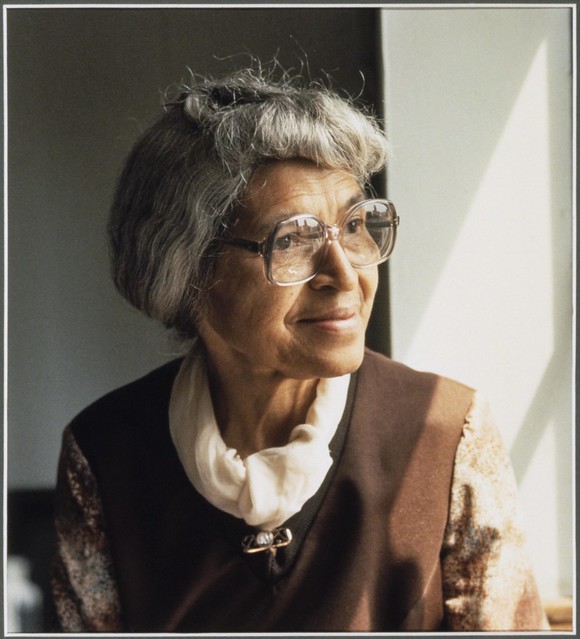 Rosa Parks. The Civil Rights activist has her name on a transit center in Detroit, and on schools across the country. Why don’t we add an airport (maybe in her home state of Alabama) to that roster?

I’d love to hear from you. Who do you think deserves their name on an airport? Sound off in the comments.