We needed a place to stay in Frigento. 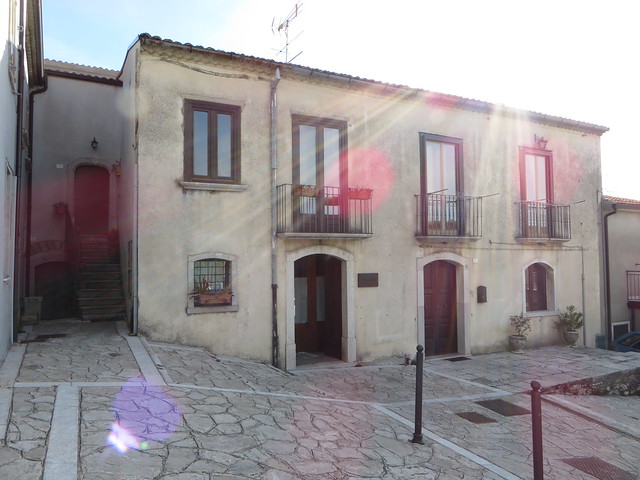 The home that my grandfather had bought my grandmother all those years ago didn’t have heat, so it was out of the question. We arrived just a few weeks before Easter, but even then, the house was still too chilly.

I didn’t need much convincing on this point – when my mother and I had stayed there (nearly a decade ago), it had been September. Every night, we shared the one, massive bed together and froze. I huddled up to her for warmth in a way I hadn’t since I was a kid.

And so this time around, we stayed in a pensione. Pensioni are quite popular in Italian villages. They’re sort of like American bed and breakfasts, though my husband will be quick to tell you that it’s mostly just a bed.

“There is no ‘and breakfast'”, he stressed to me over and over again, and I simply patted his arm and tried to feed him another biscotto.

Poor Rand – he could not subsist on only a cookie and a cappuccino each morning. He was starving. This was hardly the pensione’s fault, though – breakfast in Italy is not a big meal.

Every morning we’d have a croissant and coffee at the local cafe, which was also run by the owners. 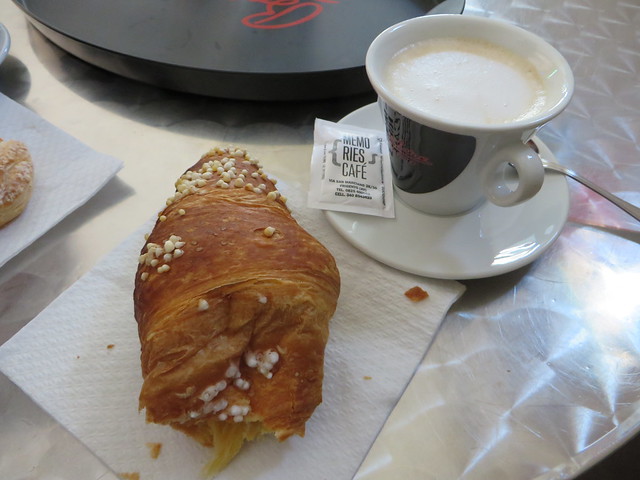 We didn’t even need to introduce ourselves when we walked through the door. The gentleman behind the counter knew just by looking at us – we were the Americans, visiting for a few days.

The pastries he offered us were tender, and the coffee excellent, and Rand would have been thoroughly satisfied with both had they accompanied a bowl of yogurt, some fruit, several eggs, and maybe a bit of bacon.

But requesting such a thing in Italy is like going to Spain and demanding to eat dinner sometime before 11pm. It’s just not gonna happen.

We found Borgo San Rocco 37 online, and I delighted in over-pronouncing each of the words as I said the name aloud. I spoke to Stefania, the owner, over the phone when I booked the room. I stumbled over some of my words, but it ended up being irrelevant – she spoke excellent English. The price was 50 Euros a night. We’d be staying for two. 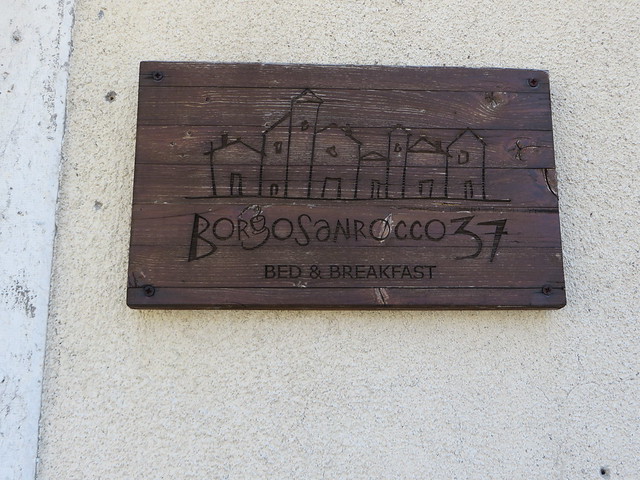 We arrived late one Saturday evening, after getting suitably lost.

“That happens to everyone,” Stefania said, sighing with frustration at how we’d been led astray by Google Maps.

She showed us to our room – a cozy little cave on the ground floor. There were only a few windows in front, looking onto the sitting room, but even in the middle of the day, it remained quite dark. Neither Rand nor I minded this. We like staying in dark rooms.

There was a sitting room in the very front, and two small spare beds on either side of a bookcase. 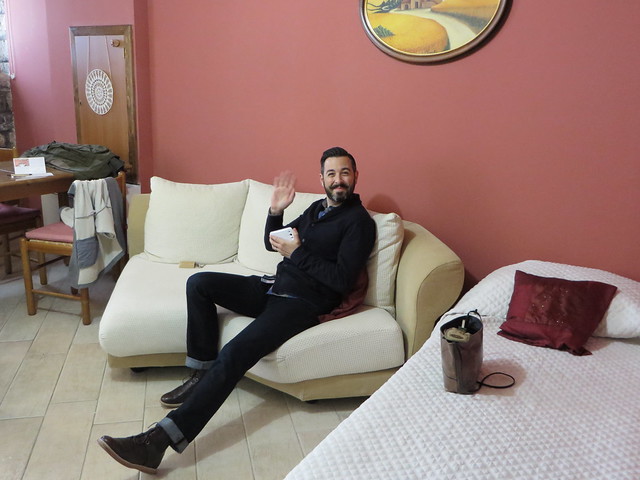 Opposite this sat a vanity, topped with all manner of treats, including an orange-flavored torrone which I couldn’t tolerate as a child, but was now popping into my mouth at a feverish pace. Go figure. 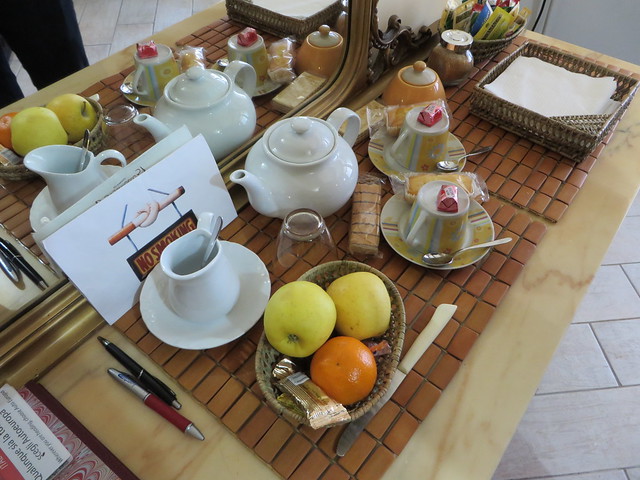 I ate pretty much everything seen here. Huh. Do you think that had something to do with why Rand was starving?

Further in was our bed – massive, and, in my esteem at least, perfect. When I was kid, my grandmother would tuck stiff cotton sheets – ones that she still had from Italy – tightly under my mattress. And I’d climb into the crisp pocket of linens and feel snug and surrounded.

This bed, these sheets, reminded me of that. 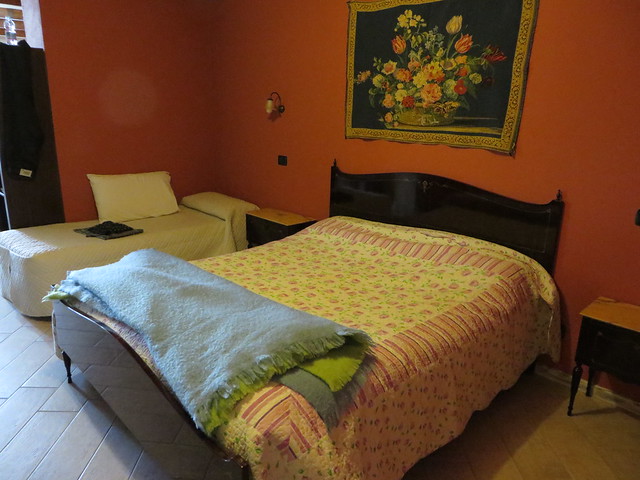 Rand hates that sort of thing, though. Every night, he struggled to kick the sheets free, and every morning, Stefania came in and tidied our room, tucking the sheets firmly under the mattress again. I was delighted.

Further in still was the bathroom, well-equipped with a bidet and positively immaculate. 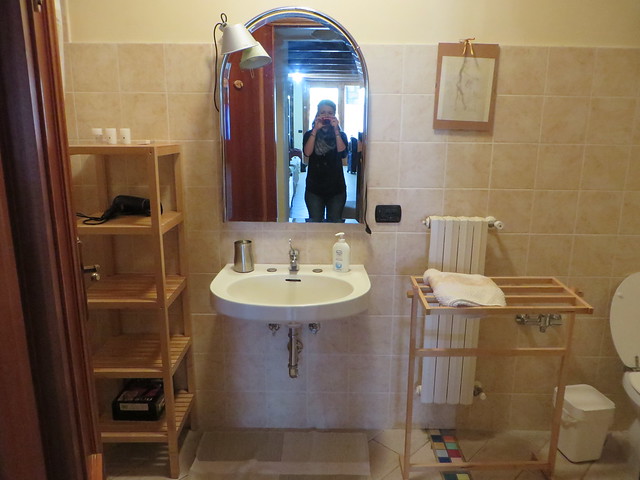 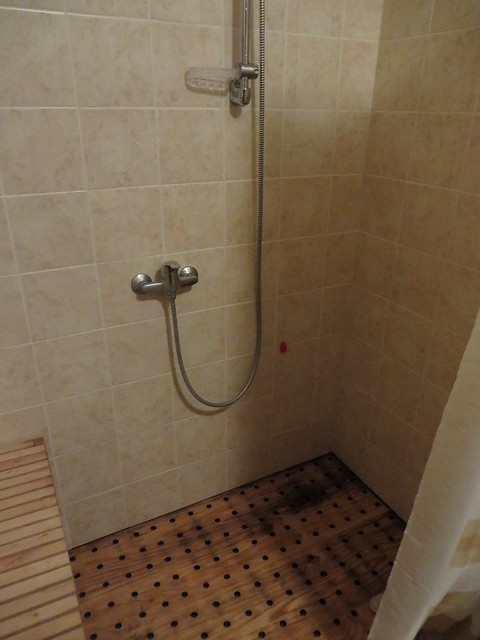 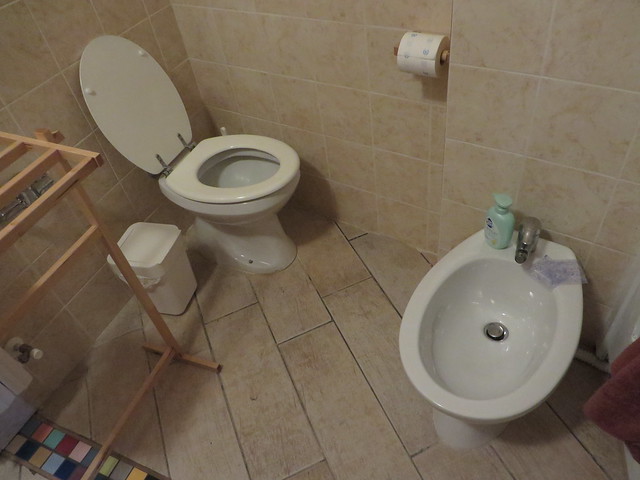 “Is everything okay?” Stefania asked, as she finished showing us around on that first night.

I nodded. It was perfect.

“Okay,” she said, and turned to leave. “Oh, one last thing. The heat is right there. Just do me a favor and shut it off before you go to bed.”

With that, she popped out.

I turned around and smiled brightly at Rand before the words finally registered.

“Wait, did she say to turn the heat off before we went to bed?”

Rand insisted that it couldn’t be the case, but I was certain it was. Villages are small. The owners knew my family, and I didn’t want to risk upsetting them. And so, before going to bed, I shut off the heat.

That night, in a chilly room, in a massive bed with stiff sheets, I huddled up next to Rand for warmth. He shivered, and couldn’t understand why I kept giggling at all of it.