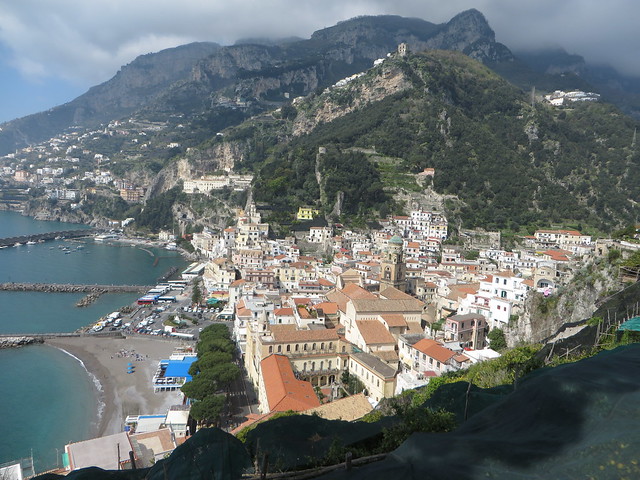 Honestly, if I think about it, it’s a miracle Rand and I end up anywhere. Because so many of our outings are just disastrous. Rand will get it into his head that he wants to see something, and ask me if I want to go along.

A day spent exploring some unknown city with my husband? Yes! Of course! I’d love to. 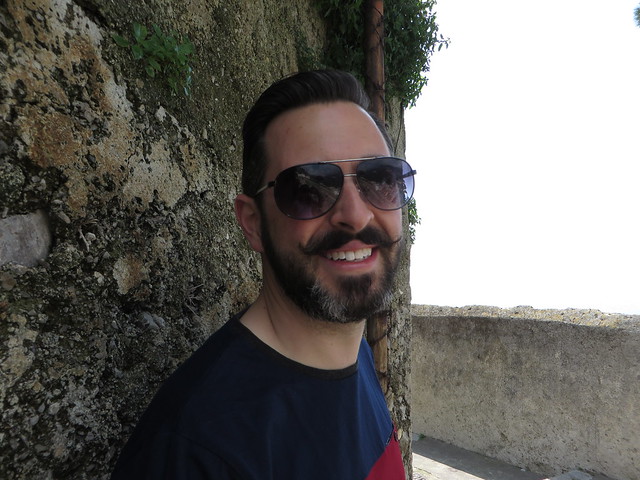 I never bother checking to see if, say, the thing that he wants to see is where he thinks it is. Or if it’s even open on that day. Or if getting there requires climbing infinite flights of steps while a southern Italian sun beats down relentlessly upon us, as though it’s carrying out a personal vendetta. No. I never do any of those things.

Life is too short as is, darlings.

The sun was shining on our first day in Amalfi. The little town is splayed out on the beach, extending from the rocky shores of the water, with winding tendrils reaching up the mountain, giving it the unnerving impression that the right jostle might send the whole thing tumbling into the sea. 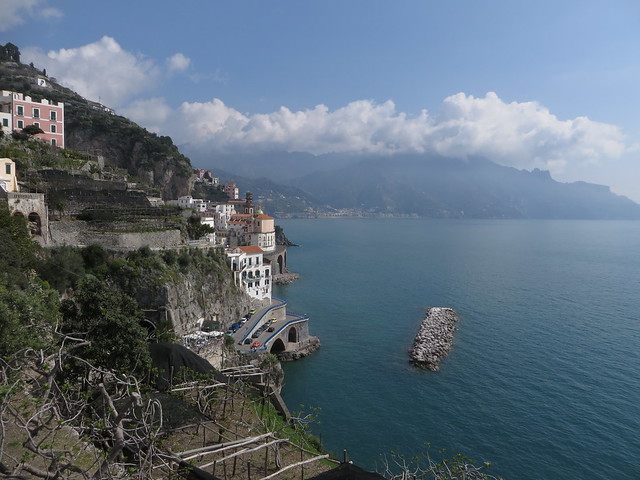 Rand had read somewhere that there was a cemetery that overlooked it all, a maze of marble through which you could wander, and he wanted to check it out. I readily agreed, because I love my husband and I am bad at thinking things through.

And so, when the searing sun was more or less directly overhead, we set out. We began at the waterfront, full of cafes and gelaterias, and at no point did we think, “Hmm, perhaps we should just sit here and have a lemon gelato and watch the world go by,” which is odd, really, because that is a thought that is usually in my head at any give time. 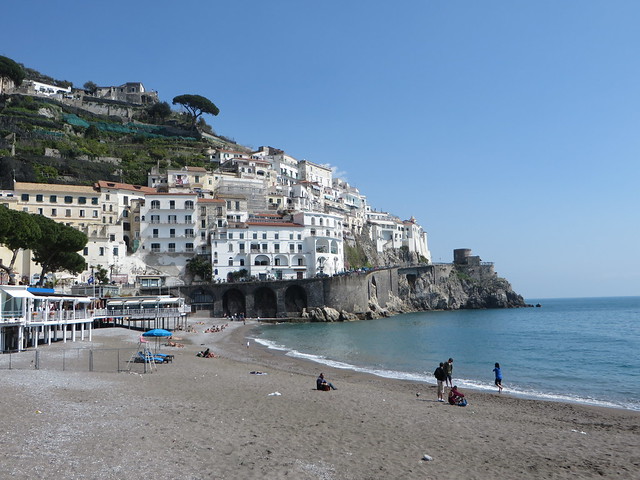 (Take right now, for example. The things on my mind are: past-due deadline for the most recent chapter of my book; I have to pee; lemon gelato. I am not a complicated person).

Instead, we walked. Or climbed, rather. Amalfi is a series of narrow corridors, walkways, and endless flights of stairs, occasionally interrupted by a piazza or a lemon grove. The cemetery was more or less straight up, and navigating these passageways was the only way to get there. 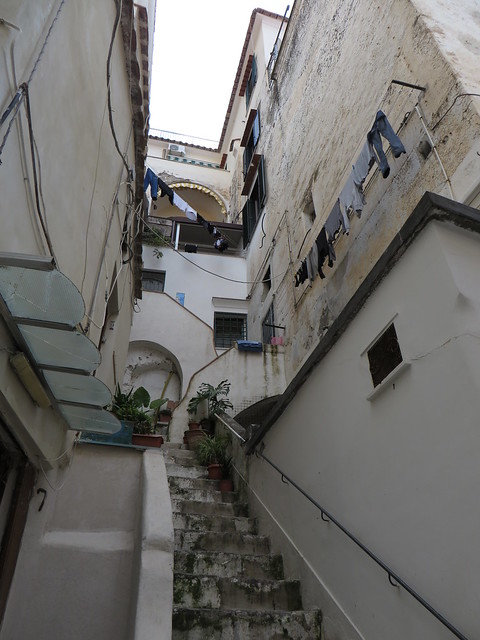 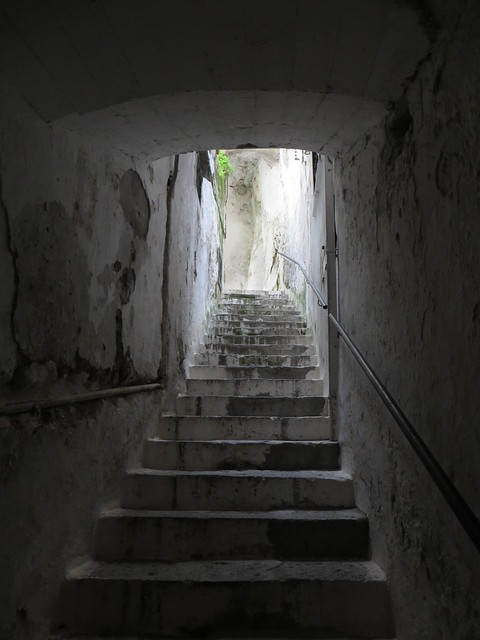 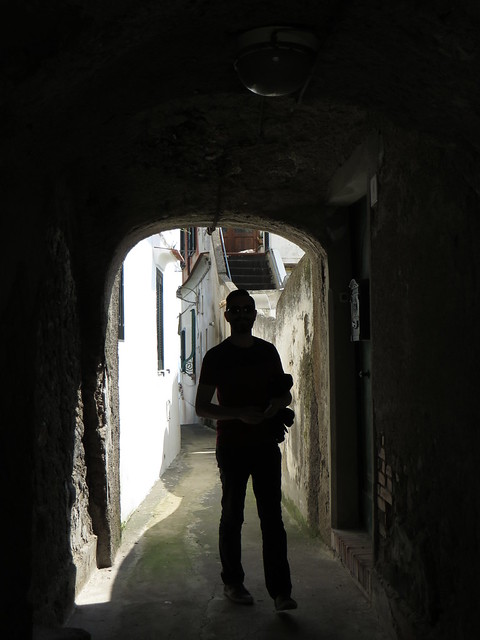 It started out well. (Our poorly-thought-out adventures usually do. It’s only when we’re past the point of no-return, when we’re in waaaay too deep to logically turn around, that things start to go awry.) The breeze came off the waterfront, and we meandered through archways and up steps, our footfalls and voices echoing against the stones that surrounded us.

Looking back, it seemed that heat and exhaustion ambushed us. I’m not sure how we could have avoided it. One minute everything was fine – the wind was cool and smelled of citrus, the air bright, the spirit of adventure possessing me so wholly, I became that strange, rarely-seen peppy version of myself.

“This is amazing,” I  squealed, stretching my arms out in some childlike approximation of a plane, and zooming up a flight of stone steps.

And then, roughly three seconds later, I was hot and exhausted and ready to kill whoever had the misfortune to be in my path (it was Rand. It was always Rand. When he agreed to marry me, he signed up for a lifetime of being unfairly blamed for everything, including changes in the weather).

Like a switch had been flipped, the breeze died down instantly, the air grew still and stifling, and the temperature rose 15 degrees in a matter of seconds. The citrus smell that had been refreshing a moment ago was now sticky and cloying, drawing the attention of an infinite number of insects, whose low buzzing reverberated in my head, doing its best to summon up a migraine.

“Where the hell are we going?” I snapped, my attitude switching gears so quickly I might have given my husband whiplash.

“The signs say it’s this way,” he said, unconvincingly, as we heaved ourselves up another flight of steps. 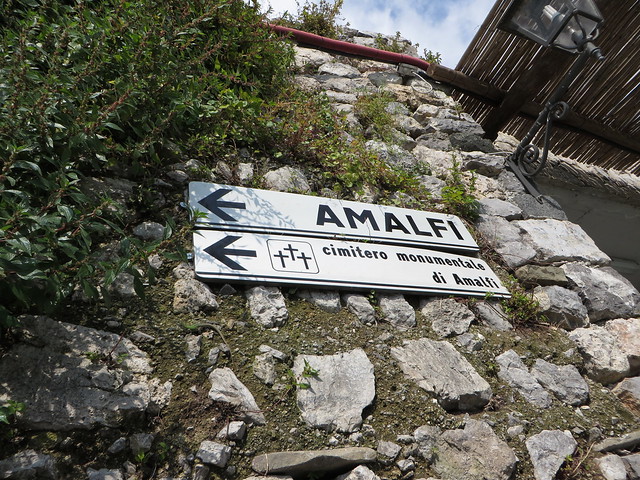 We eventually made it, my back now slick with sweat, my shirt damp and clinging to me.

I pulled on the door. It didn’t budge. Locked. The sign on the front explained that it was closed one day a week. On Wednesdays. 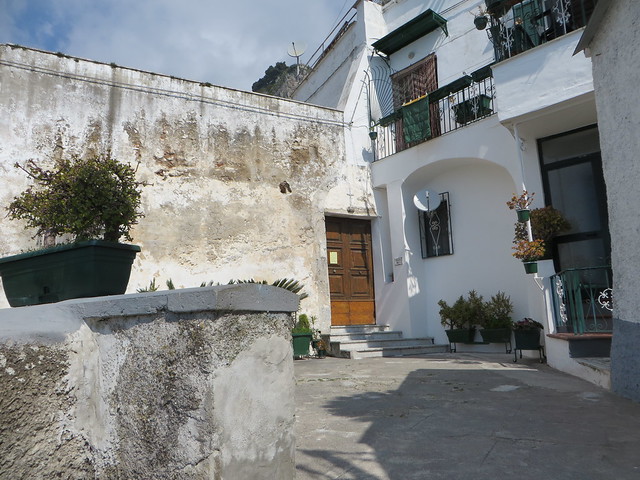 The door, just right of center.

I would have been angry, at him (unfairly), at the temperature (illogically), at myself (rightly, for wearing jeans on the Amalfi coast, and not bothering to check on Rand’s quickly-laid plans), had the breeze not picked up them, mercifully, and had I not turned around. 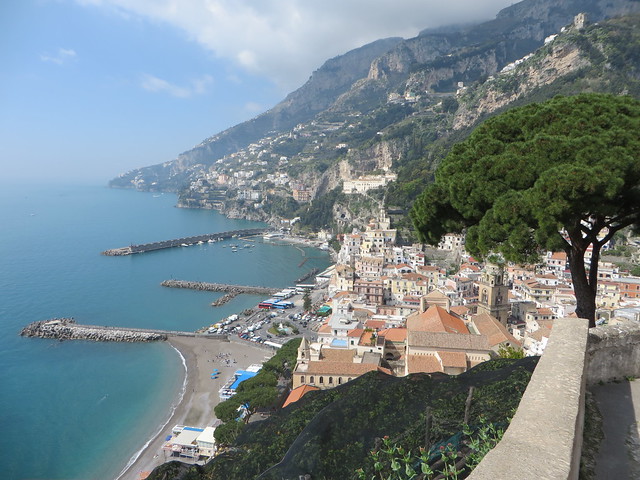 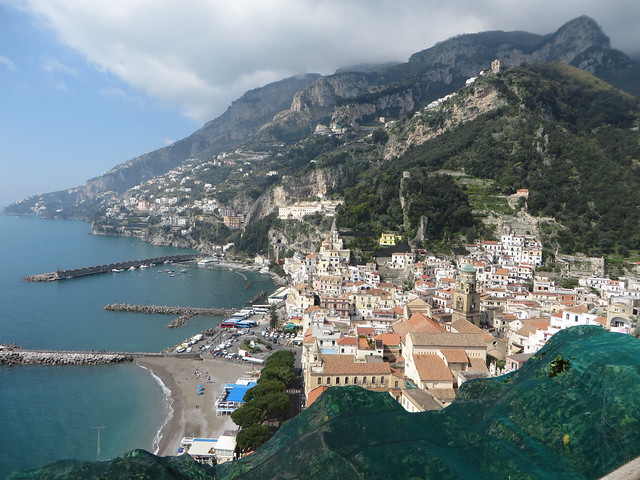 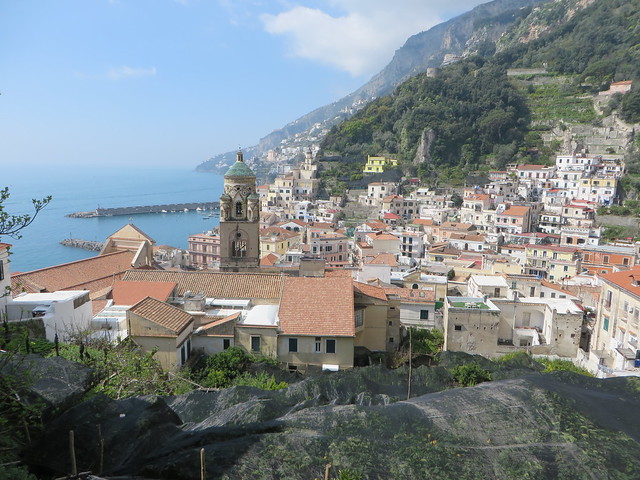 And from just a little further down. 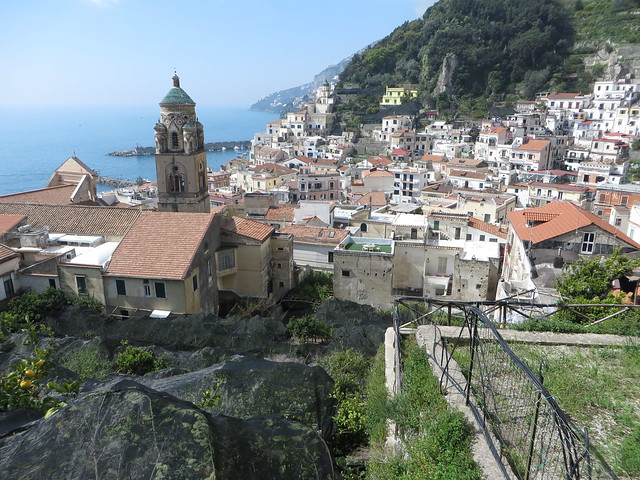 There was the view Rand had promised, one usually reserved for the dead. And I smelled the lemon groves and the sea, and I forgot what had frustrated me only a second before. 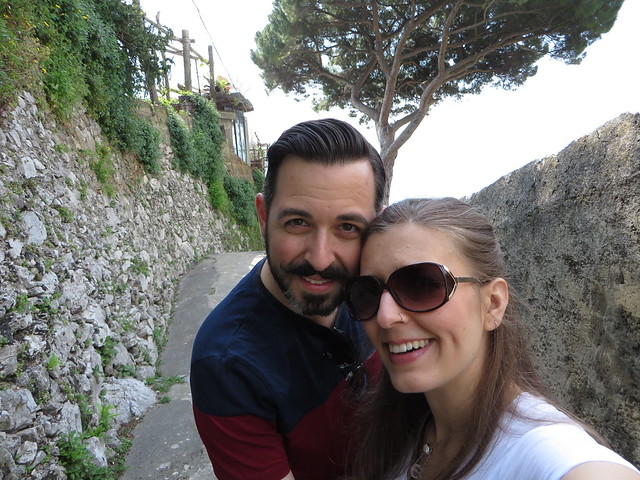 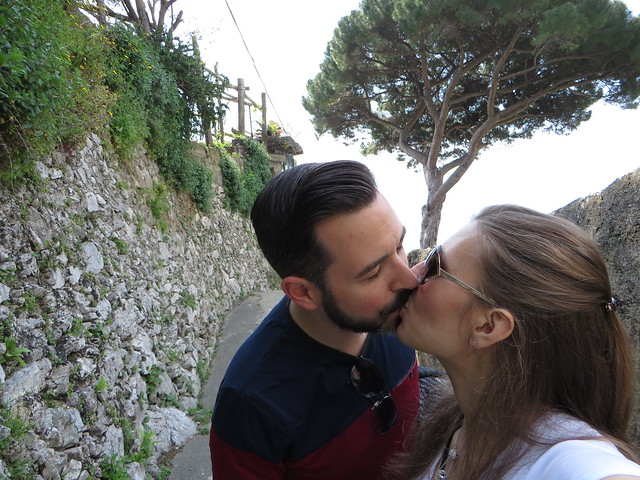 And if they’re locked, dearest, it won’t matter one bit.