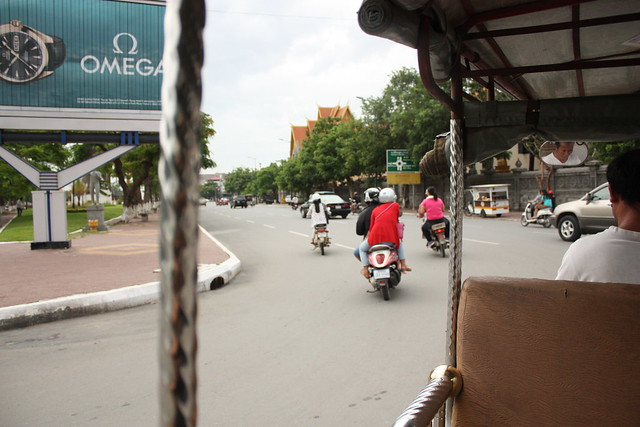 View from a tuk-tuk, Phnom Penh.

We arrived late on a Saturday night, by way of Seoul, a 12-hour flight followed by a 5-hour one. We’d elected to have a car pick us up from the airport, and pressed our faces against the backseat windows as we drove to our hotel, watching the landscape.

What was most surprising was that it didn’t look all that different, or that foreign. It reminded me a little bit of South Africa, and both of us of Peru, only it was … well, Asian. It was sweltering hot and humid, something that I’d anticipated but still wasn’t quite ready for; when we’d left Seattle, seeming ages before, summer had not yet hit, and it was chilly and rainy.

But in Cambodia, summer had arrived, or perhaps it never ended; when we asked people about the weather, they commented that the temperature had cooled down now. April and May, they said, had been truly rough, with the mercury inching close to triple digits.

Now it hovered in the mid-nineties, the humidity around 80%, a metric which baffled me. Was the air … 80% water? No. That didn’t seem right. A heat index told us that the moisture in the air meant that it felt more like 110 degrees.

The point is: it was damn hot.

We cranked up the air conditioning in our massive hotel room (sparse and spacious, with ceilings so high that I’d wake up in the middle of the night with the distinct feeling I’d been sleeping in my high school gymnasium) and plopped down onto crisp sheets and a stiff mattress, but jet lag had us up after a matter of hours.

We rented a tuk-tuk for the day, and climbing in with the giddy unsureness of strangers in a new place, we drove through Phnom Penh. The air was heavy with heat, weighed down even further by the smell of exhaust, dried fish, and a pungent smell that I first thought was rotting fruit, but later was able to recognize as durian.

Dear god, the durian. We will get to that a later date, but let me just say: the notoriety is not undeserved, and if I never eat it again I will be both sad and relieved.

Scooters zipped past us, as well as the occasional honking car, adhering to no discernible rules of traffic that I could make out. I imagined that if you looked at it from above, it would seem slightly less chaotic, like watching the paths of stars through the galaxy. Up close, though, it was madness, even though everyone seemed to get where they needed to go. 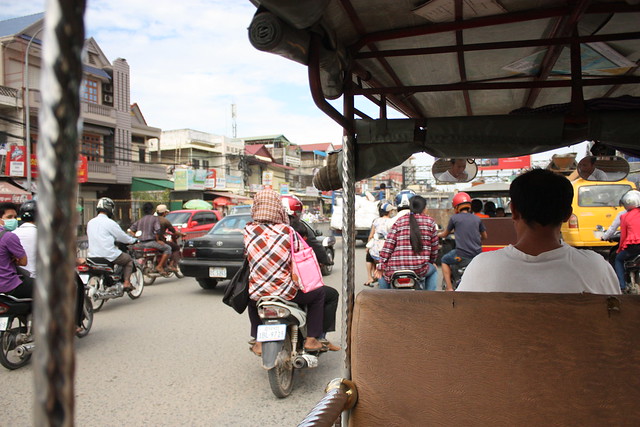 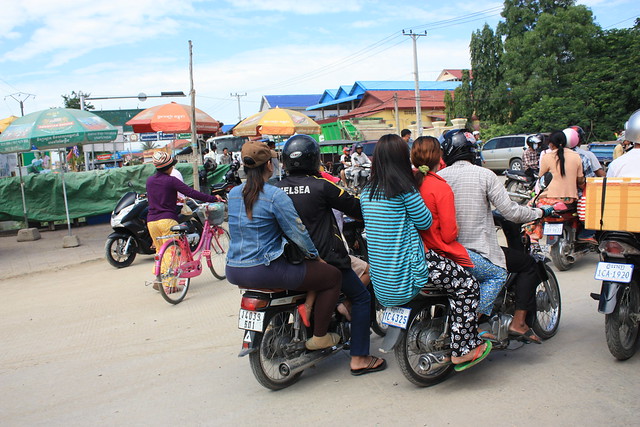 I had found myself on a two-week trip with a rare breed indeed – a wide-eyed, optimistic world traveler. 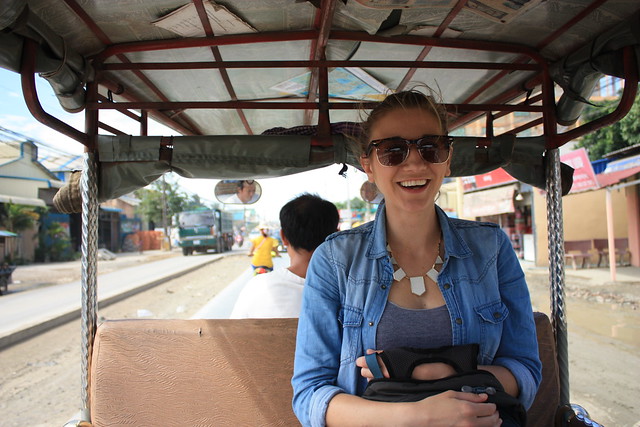 That first day we simply sat back and took it all in – the history and tragedy of the Killing Fields, the noise and the crowds of the markets, saffron-robed monks walking through it all like oases in the chaos. 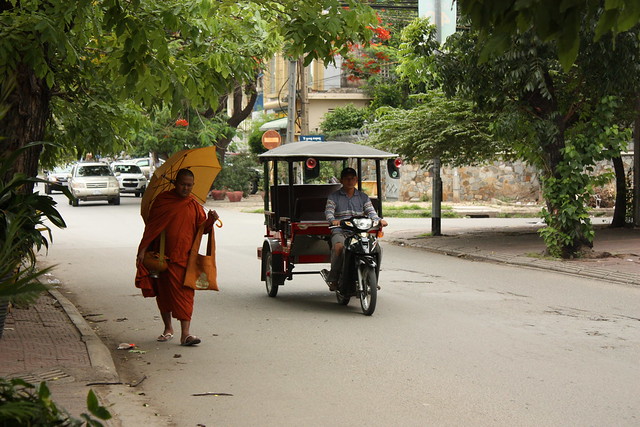 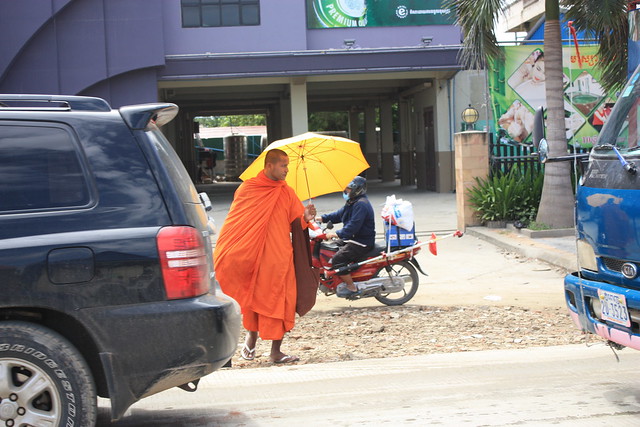 As we drove through downtown, not far from the palace, my eyes followed a scooter on which was affixed a flat board with the bodies of two dozen or so chickens tied to it. I watched, mesmerized and sufficiently horrified, as one lifted its head and vomited; I’d thought they were all dead.

I was half turned around, and in that brief second I heard Nicci yell. I turned back to see a man on the back of a scooter had reached in and grabbed her necklace, and with a quick –snap– it was gone.

Nicci’s hands flew to her neck as I sat dumbfounded. I’d always thought that if something like that ever happened, I’d have time to react, to do or say something, but it was only well after it was over that my reaction came, a wave of oh-my-gods and are-you-okays that proved totally worthless after the fact.

We kept speeding along (no sense in making our driver stop because there was little that he or anyone else could do), clutching our bags more tightly now, aware that we weren’t simply watching the chaos around us – we were part of it, for the next two weeks at least.

And wouldn’t you know it, Nicci smiled almost the entire time, and I occasionally did, too. Because we were someplace new and exciting and a little bit frightening. 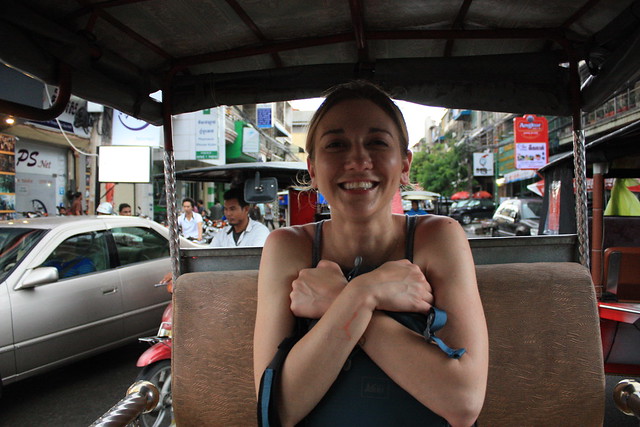 The events of that day stuck out, each one carrying with it a lesson, varying in significance. This was not the first one I learned, nor the most important, but it is perhaps the most concise:

Cambodia Lesson #5: When riding through downtown Phnom Penh on a tuk-tuk, keep a close grip on your personal possessions.