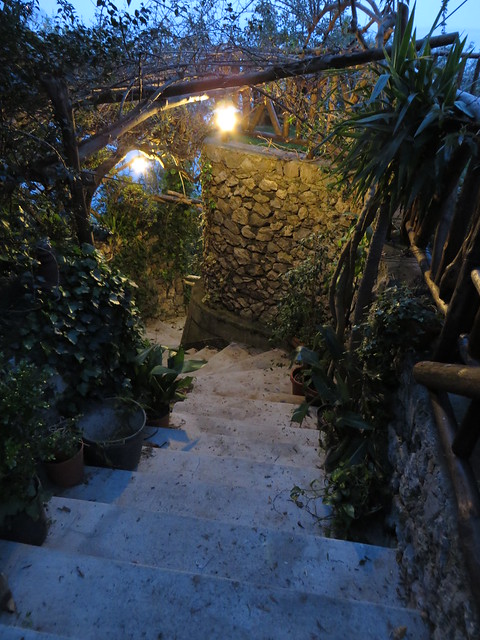 We didn’t end up going to any touristy grottoes while in Italy – not the Blue Grotto in Capri (it was too cloudy), or the Grotto Smeraldino in Amalfi (not yet open for the season). At lot of people have told me we missed out mightily, and I nod and try to look sad, but honestly, it’s hard for me to feel deprived. I’ve been to a lot of places. I’ve seen a lot of things.

But sometimes I miss the stuff that’s right under my nose, and I would have again were it not for Rand. He explained to me that there was a grotto underneath our hotel – one that belonged exclusively to the Hotel Santa Caterina, and I giddily followed him into an elevator, and down several stories. 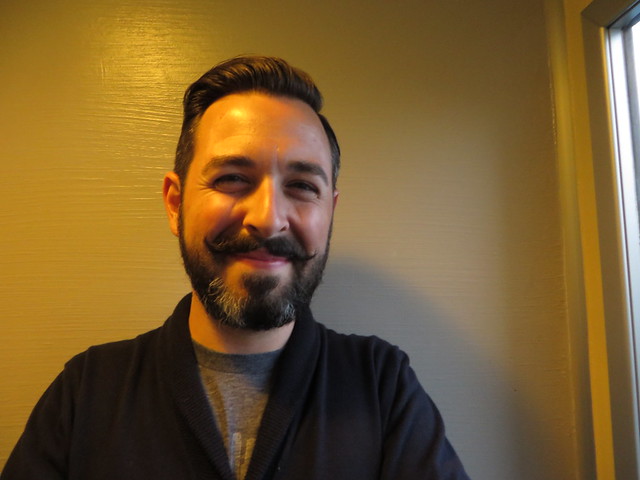 Rand, looking rather pleased with himself as we rode the elevator down.

Now is about the time that I should confess to you, as I did to Rand, that I didn’t really know what a grotto was.

And I did a very good job of hiding my disappointment, because the name “grotto” had conjured up goblins and pixies and all sorts of magical things like that (I saw Labyrinth  too many times as a kid).

The elevator let us out into the grotto, which was, as he’d said, just a cave. This one was affixed with a few lights but still rather dark, the sound of the waves crashing in front of us interrupted only by the drops of water that fell from the ceiling of the grotto to the stone floor beneath us. 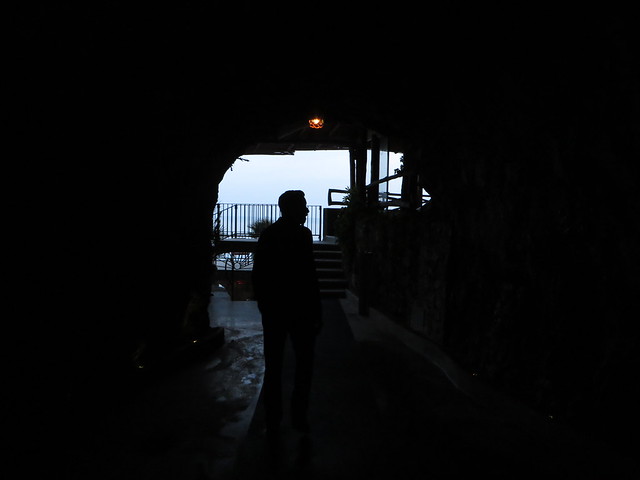 Silhouette of a husband. 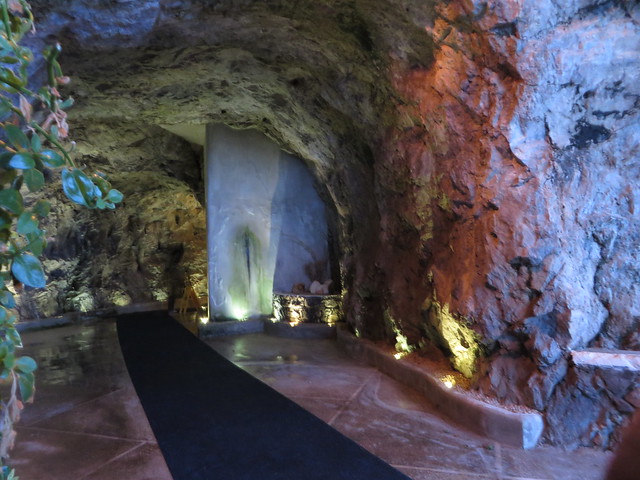 I’m sure it didn’t compare to those other, touristy grottoes, but we pretty much had it to ourselves, along with the adjacent pool (still closed for the season?), and the garden just above. 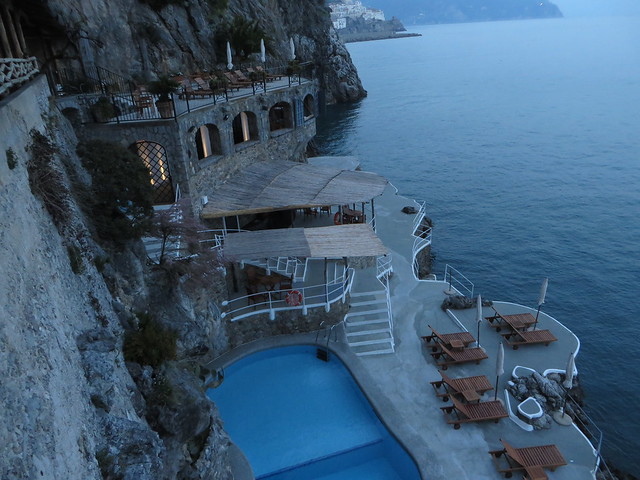 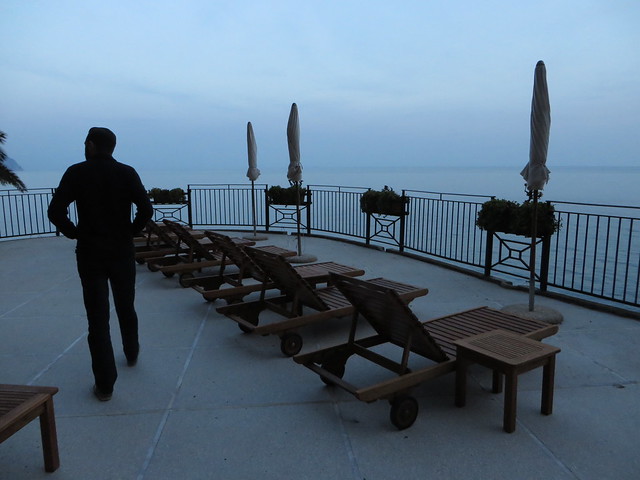 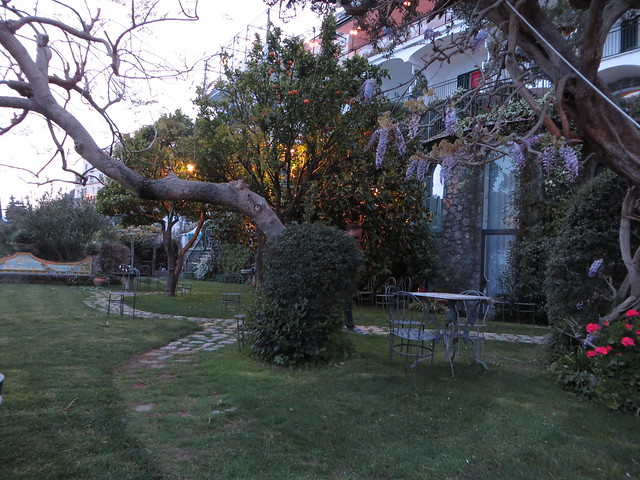 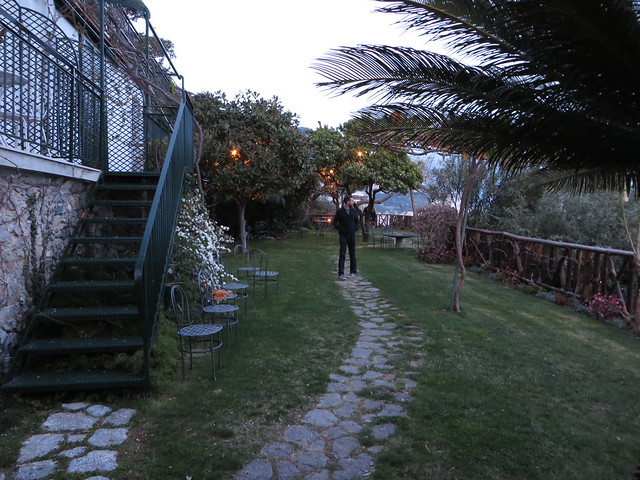 I followed him through all of it – the grotto and garden, up and down flights of stairs, until we were almost back to the lobby, and he paused to point out the glow of Amalfi. I’d noticed it on my own, of course, but everything always looks a little better when Rand shows it to me. 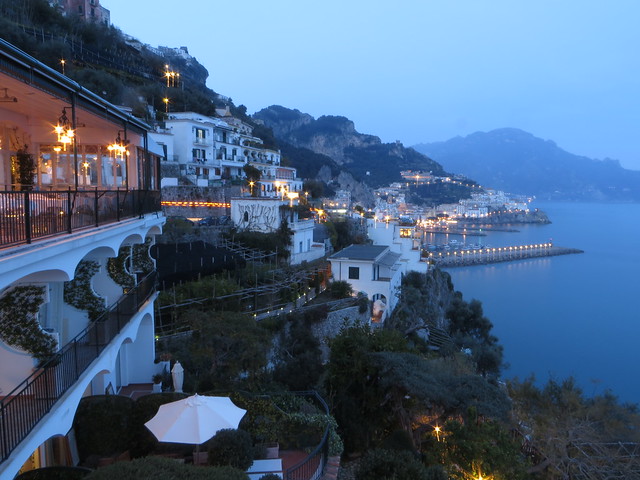 Without him, I’d miss so much.