I am writing today about our hotel. Because I needed a break from the Khmer Rouge before launching into our visit The Killing Fields. Because I am a huge, whiny wimp.

The White Mansion Hotel in Phnom Penh is posh. It was by far the fanciest of the places at which we stayed during our trip. 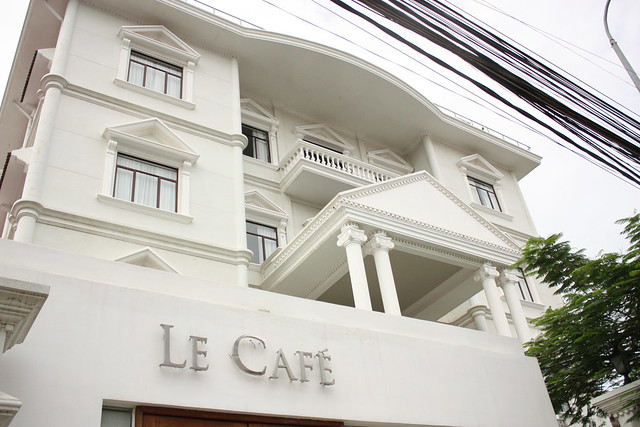 The more we explored the city, the more I became aware of the contrast between the massive white building and its surroundings. 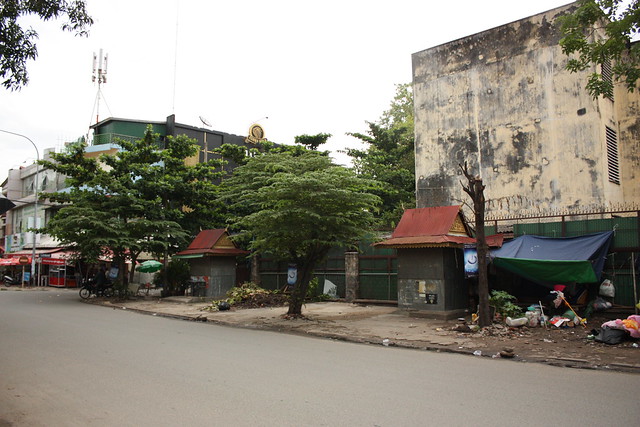 It felt removed from the chaos of Phnom Penh – almost too removed. Inside the massive lobby, I couldn’t hear the sound of the tuk-tuks, I couldn’t smell the fish and durian and incense in the air. 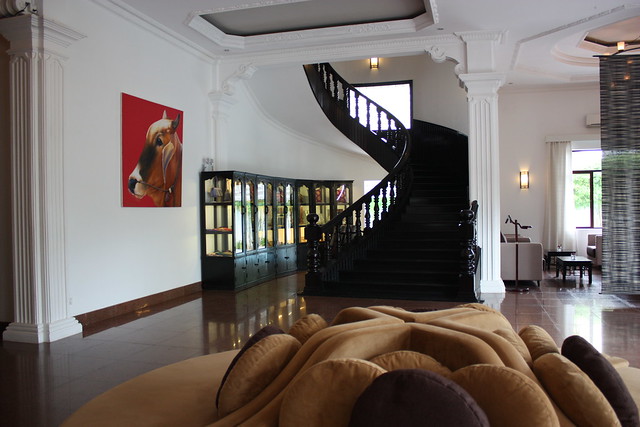 In a way, I felt like I was cheating – staying in a fancy hotel that might as well have been anywhere. But this helped stave off culture shock, and I was slowly able to step into this new place like a someone wading into a pool of too-cool water. Some people just run and jump. I like to inch my way in, bit by bit.

I figure that’s okay, right? As long as I eventually dunk my head below the water.

Our room was massive, with high ceilings, and enormous windows that reached all the way from the floor up to them. 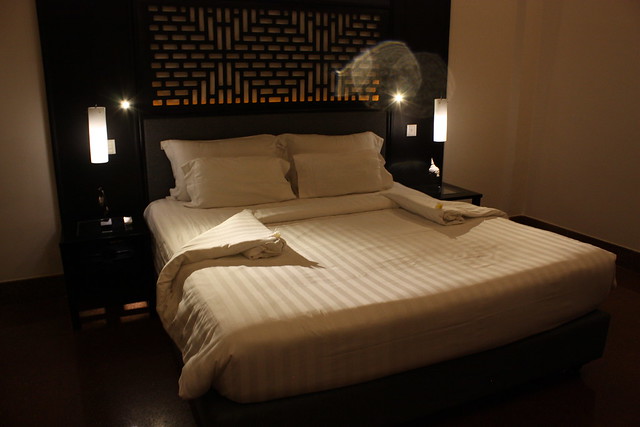 Poor Nicci had to share a bed with me. I’m prone to eating cookies in bed. And also cake. And sometimes fondue.

We even had a sitting area, where fresh fruit was left for us every evening. 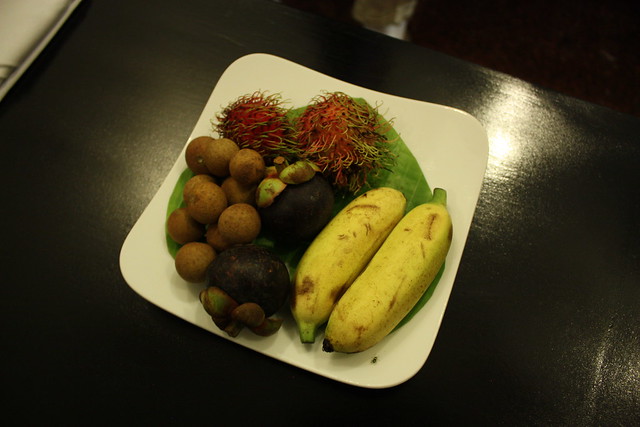 And the bathroom had two sinks – so that Nicci and I could get ready at the same time, which was rather convenient. 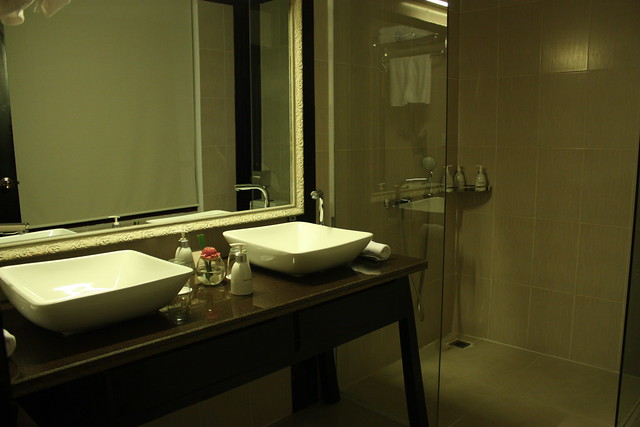 Every morning we’d wake up too early from jetlag, and step out on to our balcony. From here we could smell burning wood, the air already warm with heat and humidity that would build steadily over the day. 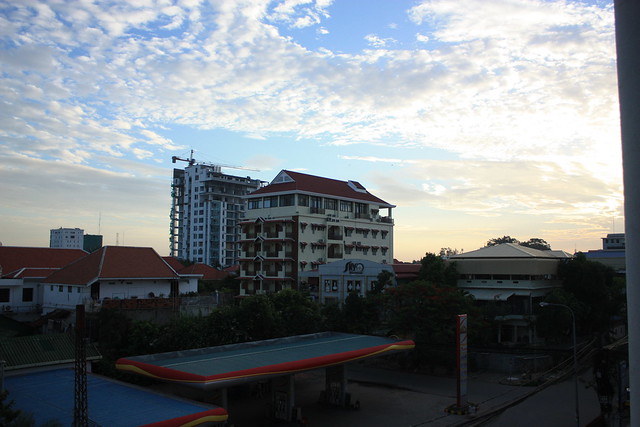 Then we’d head down to breakfast. It was easily my favorite part about the hotel, and sometimes even my favorite part of the day. We had our choice from a menu – traditional western breakfasts of eggs and toast, or crepes, or the “Asian-style breakfast”, which Nicci and I ordered almost every day. It was a light, garlicky broth of soup, with thin rice noodles and shrimp, and a small scoop of fried rice with chicken. 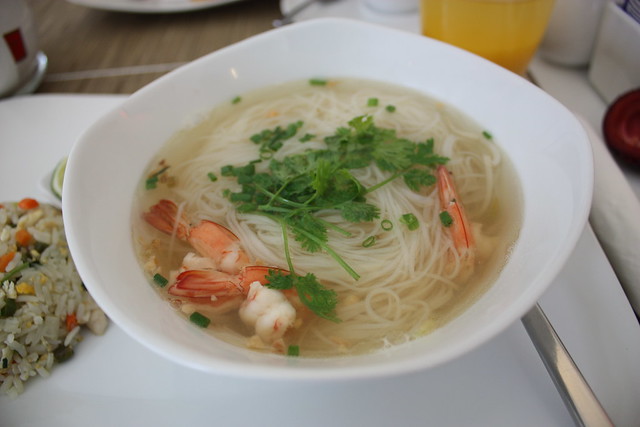 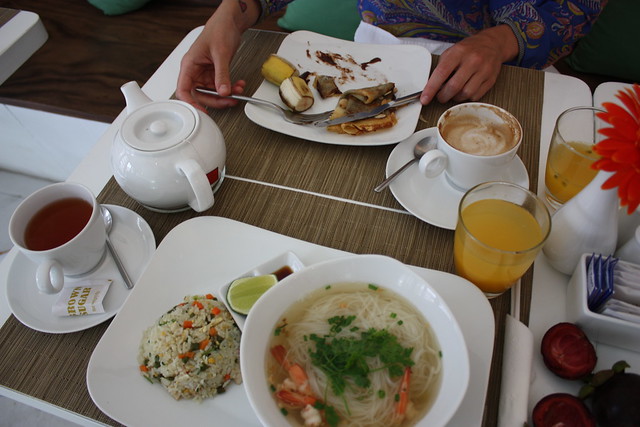 And the fruit platters, which sat at the intersection of familiar and not. 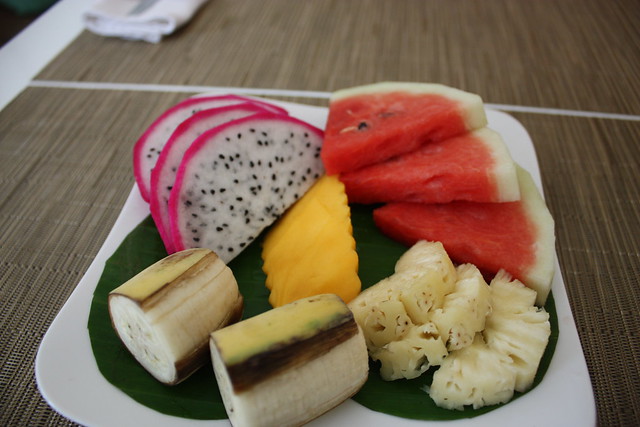 After breakfast, we’d venture out into the city. And after I got used to the temperature of the water, I’d duck my head under. All day long, I’d swim through the streets of Phnom Penh, until we returned to the White Mansion. I’d towel off and shake the water out of my ears.

Then I’d think about going for another dip.