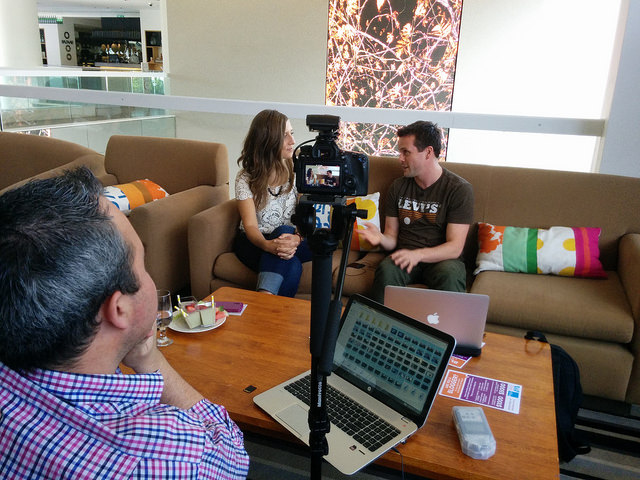 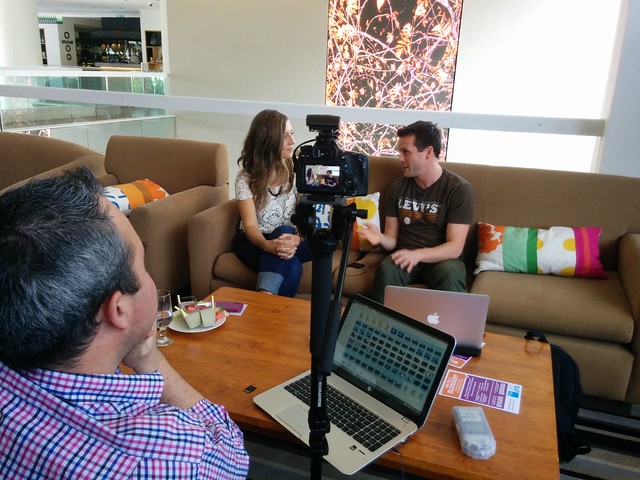 Being interviewed by Dave in Australia, and trying not to giggle because that’s what I tend to do while on camera.

Things have been a whirlwind lately. Rand and I just got back from New York yesterday, and he had to immediately fly to Vegas (like, immediately), so we got to say goodbye to one another at the gate, just like people did in the 90s. It was magical, and also garnered a few stares, which I’m sure had to do with the fact that we’re adorable (and not because we’d both gotten up at 5AM Eastern and looked like we’d been traveling for days and were now making out at Gate C11. I hope).

I’ve been on so many trips in the last few months – Australia, Oregon, California, Pennsylvania, New York, Boston, Minnesota, New Jersey. And in two weeks we’re leaving for England and then South Africa. There’s more on the calendar in the coming months. I’ve made some good progress on the book, but not as much as I’d like, and I’ve recently been so busy with other projects that I realized the only way I could get you caught up is to do a round-up. Do you remember my round-ups? I know. It’s been forever.

In September, Rand convinced me to participate in a MozTalk about blogging. Here’s a video of my 30-minute presentation (a shortened version of the one I gave in Australia a few months ago) about different ways to connect with your audience.

While in the Southern Hemisphere, I also had the opportunity to sit down and chat with David Jenyns (who does SEO and videograph production in Melbourne, Australia). Check out the video we filmed about blogging, SEO, and other things I barely understand.

Those of you who aren’t in the U.S. let me know that you couldn’t watch my Inspired video for FYI.tv. Good news – it’s now up on YouTube. (Don’t read the comments. Because YouTube.)

And I recently completed a ton of written interviews as well! Here they are, in absolutely no particularly order:

I talked to Kristen from the Travel Writing 2.0 blog about ski-ball, my policy on not taking freebies, and Bill and Ted’s Excellent Adventure.

Sam of TravellingKing.com and I discussed blogging, cultural faux pas, and my long-suffering husband.

The good folks over at TravelTrolley and I chatted about elephants, and how I haven’t been arrested a single time since starting the blog. #accomplishment

And on a totally unrelated front (and to avoid this post being completely self-serving), I was able to visit my friend Mike this past weekend while in New York. He recently published his first children’s book, Little Elliot, Big City which is getting rave reviews, and is basically the cutest thing ever. I’m so proud to know him.

That’s it for me right now – more blog posts to follow, as soon as I’m done with this damn chapter that I haven’t even started yet.