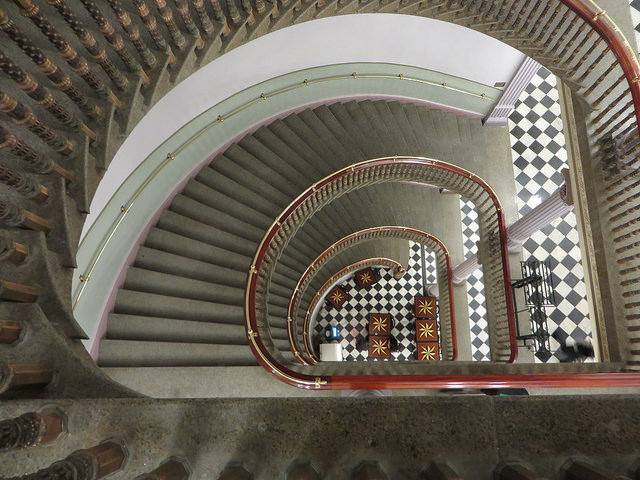 The Travel Blogging Summit that I attended in D.C. last month was held in the Eisenhower Building, around the corner from the White House, and a formidable structure in its own right: 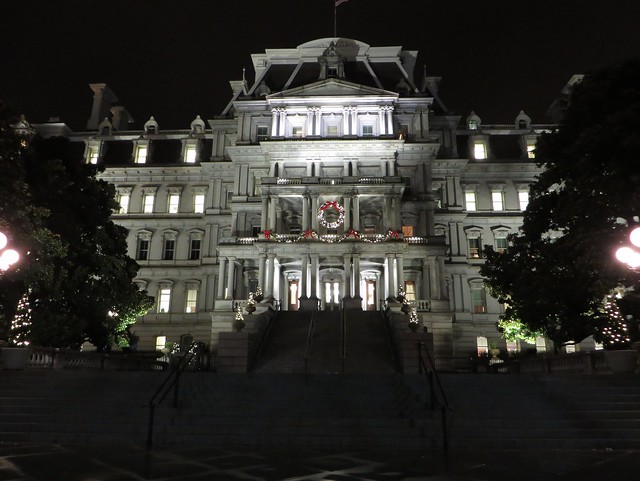 What it looked like when we left. Moments before, a motorcade carrying Joe Biden based us. Apparently he waved, but I missed it.

But perhaps more miraculous than its exterior were the spirals inside of it, ones I think I would have missed had it not been for Lillie.

I was lucky enough to spend most of the summit seated next to her, and found her instantly engaging and mindful (on her own blog, she noted the lack of diversity among the attendees, something she voiced to me during the summit.)

During a brief break, I saw her photographing a spiral staircase just outside our meeting room and had to follow suit. 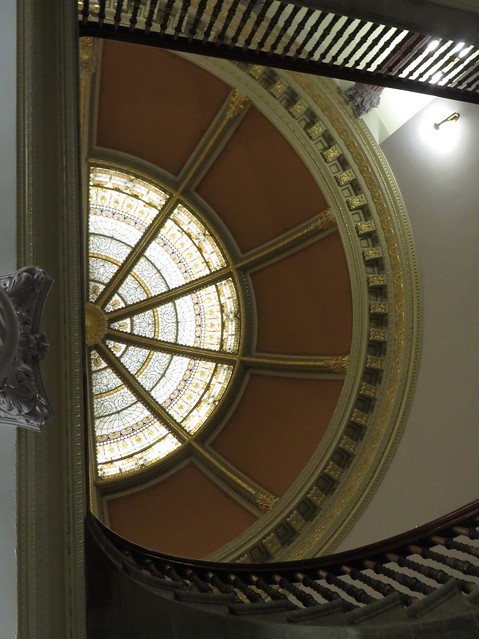 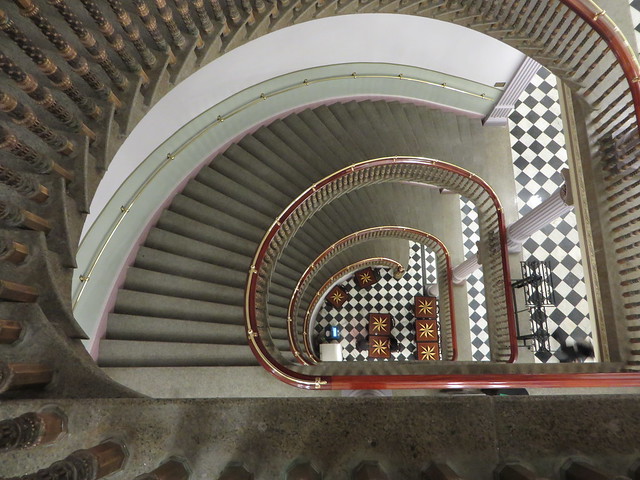 As the day went on, I would repeatedly tell her that she reminded me of a friend back in Seattle, so often that I’m sure she found it annoying. A more apt thing to say would have been this: she felt, even after minutes of meeting her, like a friend.

And the best sort, too: the ones who are able to show you things that you would have missed on your own.