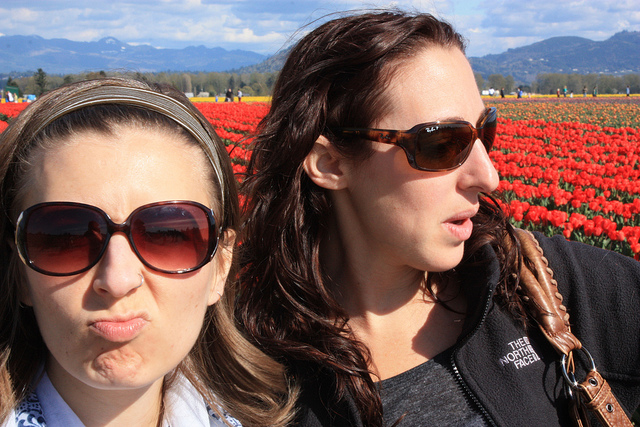 Posted in: "Lifestyle", Nothing to Do With Travel, Random Musings 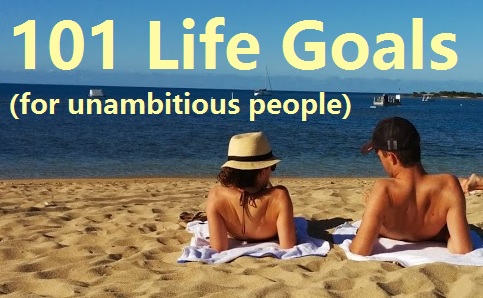 Because let’s face it: some of us are never, ever going to climb Kilimanjaro. We’re probably not even going to sit through a documentary about Kilimanjaro, because that sounds sort of boring. But you know what? The world needs people like us, too. Probably.

Here’s a list of totally attainable goals for the unambitious, the preoccupied, and the downright lazy. Count up how many you’ve accomplished. Or don’t. Whatever. You probably have other things to do. Like catch up on that show you wanted to watch.

How did you score?

0-20: Wait, seriously? You might want to check if you have a pulse. Because these are really easy. I set the bar crazy low.

41-60: Hopes for a normal life after earning such a triumphantly mediocre score will be near impossible. Friends may abandon you out of jealousy.

61-80: Honestly, just counting to 60 or higher should be considered an accomplishment. Reward yourself with a snack. Nothing fancy. String cheese, maybe. Or some fruit, but then you’d have to wash it and cut it up and … ugh. See? This is why you don’t eat fruit.

81+: Congratulations! You did … something! (Sorry, I wasn’t really paying attention, so I’m kinda unclear on what this is). Go watch TV.

“I don’t know because I (didn’t get through the entire list/didn’t feel like counting up my score/feel asleep.” The student has become the master. Well done.

(P.S. – Because my friend Mike is way funnier than I am, he apparently thought of this concept way back in 2010 and wrote a post about it. His is funnier than mine. But mine’s longer. #thatswhatshesaid)