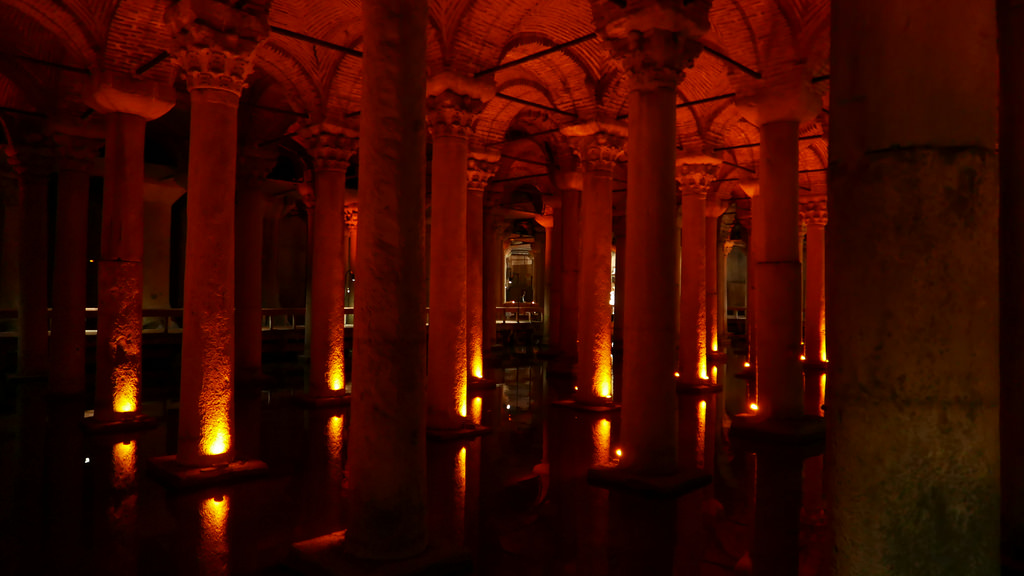 Note: I’m currently in Japan this week, and it’s been a remarkable trip thus far. I need to take some time to tell you all about it, but right now I’m stuffing my face with rice balls and just delighting in how beautiful and clean everything is. So you’ll have to wait for my posts about Japan, but in the meantime, I hope you enjoy a few tales about the last time I was in Asia – when Rand and I wandered around Turkey last fall.

I went by myself to the Basilica Cistern in Istanbul, because nothing says “me time” like creeping around a dimly lit, ancient underground cavern while water drips on you from god knows where and freaks you out.

In truth, Rand was busy with the conference and we’d yet to meet up with our friends who were traveling with us, so I had some time to kill. The cistern ranks high on most lists for what to see in Istanbul, and fans of Dan Brown (DON’T LAUGH, THEY EXIST) will recognize it from some pivotal scene in his book, Jesus Is An Alien And Also There Are Demons Or Something.

The cistern lies not far from the Hagia Sophia, and dates back to the 6th century, when the Byzantine Emperor Justinian needed a place to store fresh water for his palace. Historical texts note that 7,000 slaves were used in the construction of the reservoir, which is massive – covering nearly 100,000 square feet (roughly the size of two football fields) and holding 2,800,000 cubic feet of water. There are numerous columns inside the cistern, many of which seem to have been recycled from other buildings across the empire. Some are intricately carved. 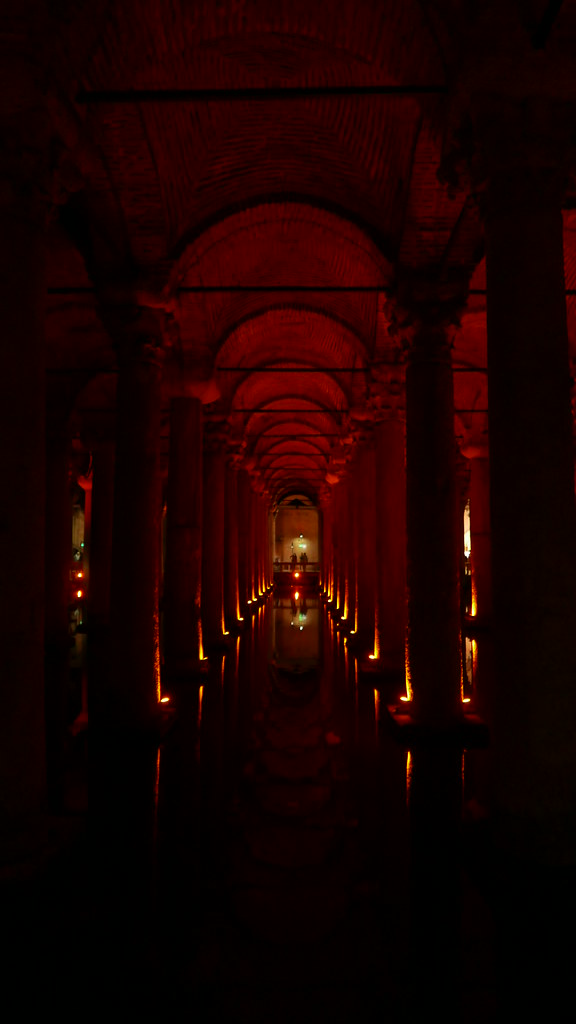 This column is known as “The Crying Column”, and was erected for the slaves that died in the construction of the cistern. (Hey, you know what dead slaves might appreciate more than a column? NOT BEING DEAD OR ENSLAVED.) 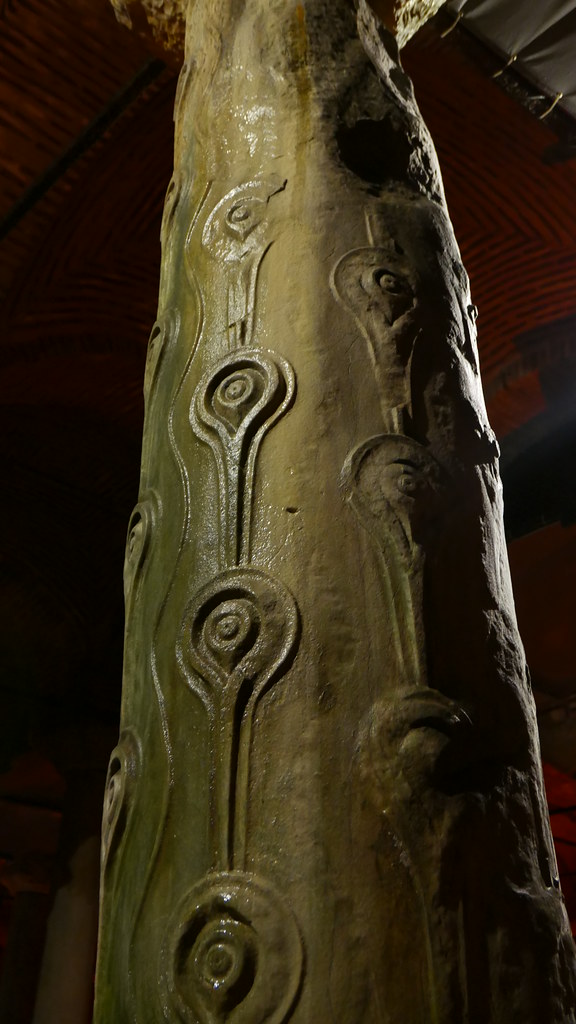 The air inside is musty, cold, and thick with moisture. The yellow lights cast an eery glow, so that it was almost impossible to see the vastness of the place. Everyone spoke in hushed whispers, as the sounds of dripping water echoed across the dark expanse. 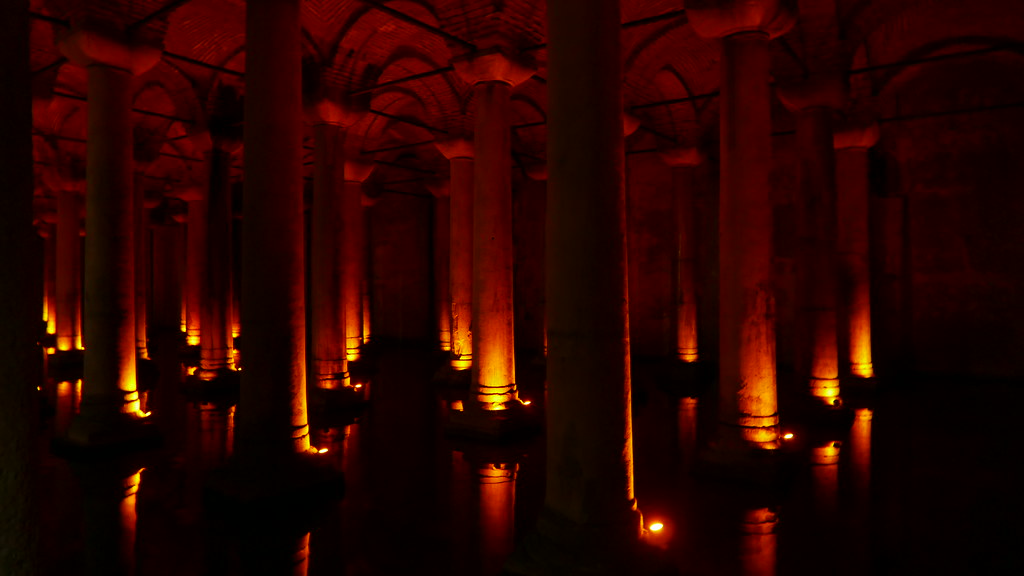 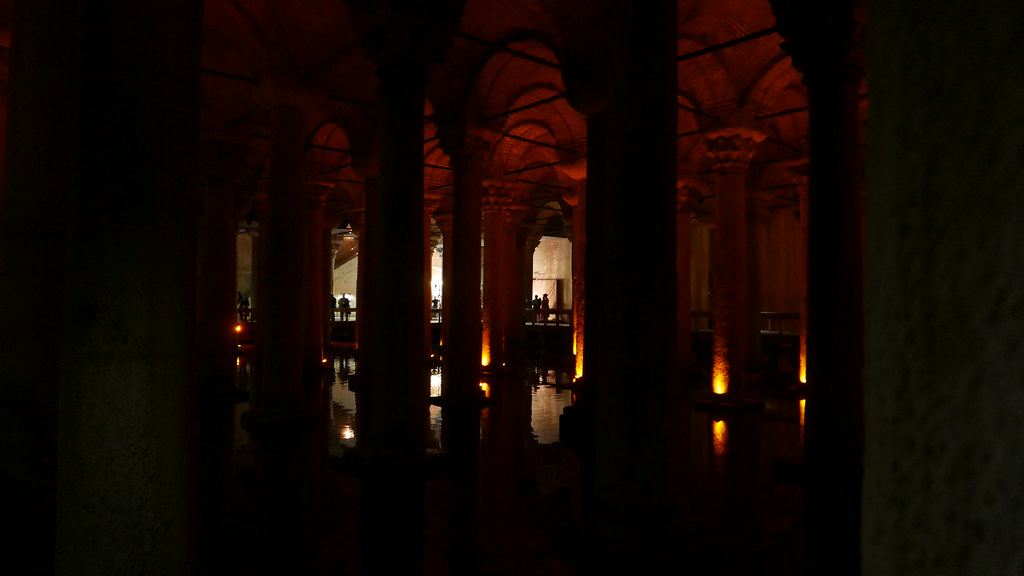 The most remarkable feature of the cistern is hidden in a corner. 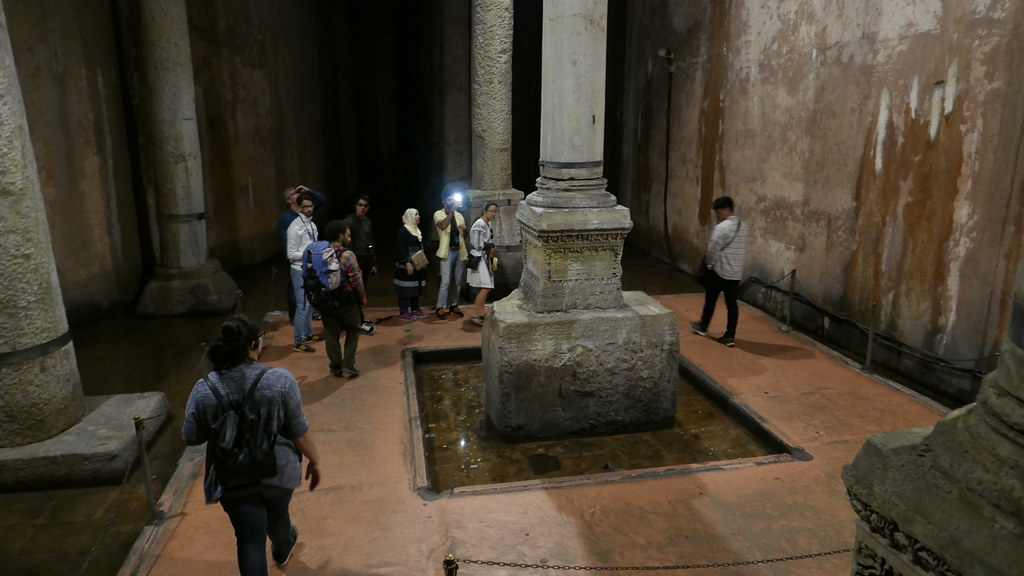 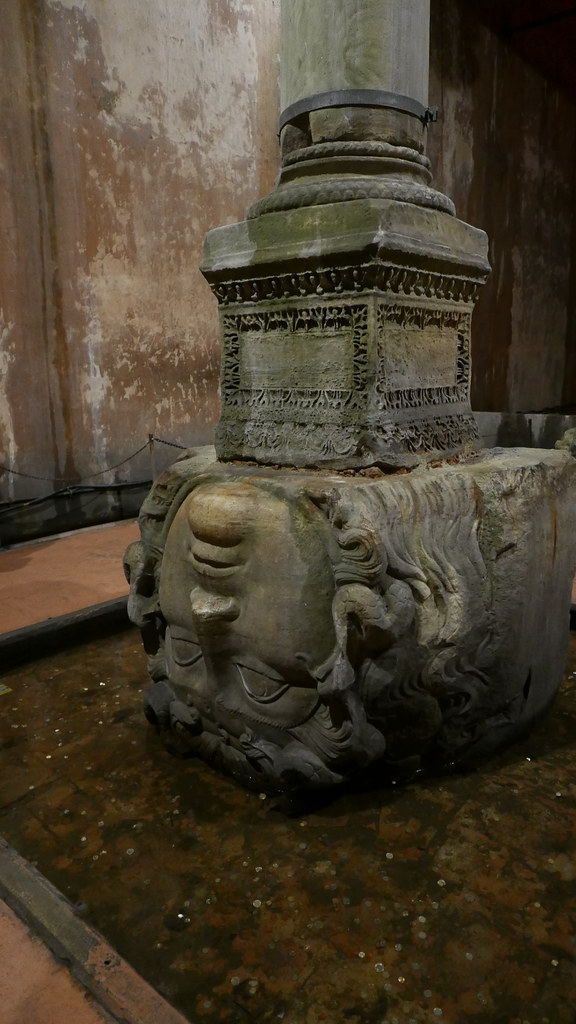 Here two giant Medusa heads sit at the bottom of columns – one is turned on its side, while the other is upside down. 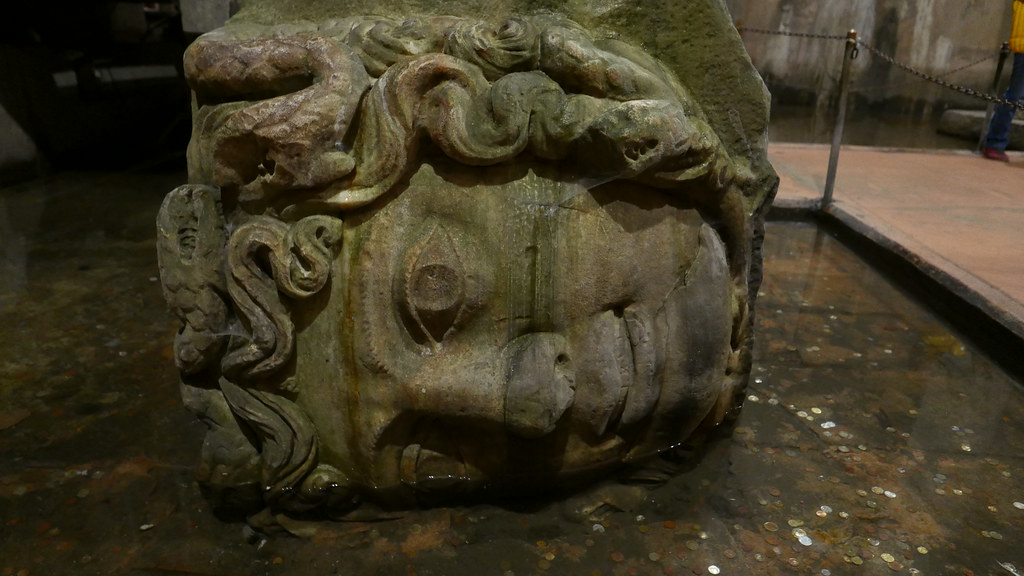 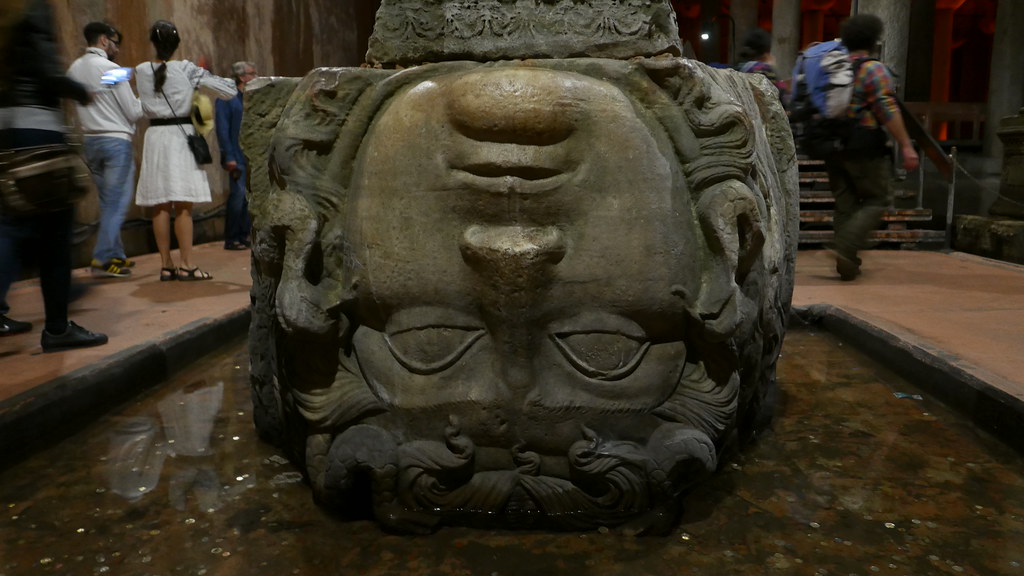 I have a headache just looking at her, and girlfriend has been holding this yoga pose for a millennium and a half.

The positioning makes for a striking scene, and the reason behind it remains somewhat up for debate. Personally, I’d like to think that the Byzantine builders were simply trying to mess with future generations.

It was in this corner that there was enough light to notice one other remarkable feature of the cistern. Swimming throughout it are schools of fish. 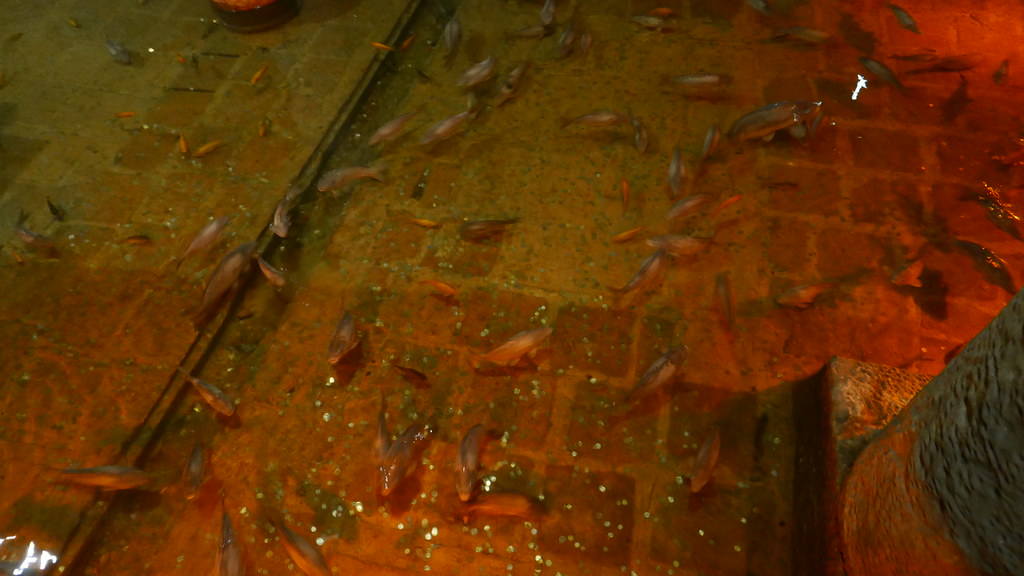 I was delighted by their presence. I meandered through the dark pathways, listening to the sound of their splashes, and realized that even in the most remote corners of the cistern, I never really was alone