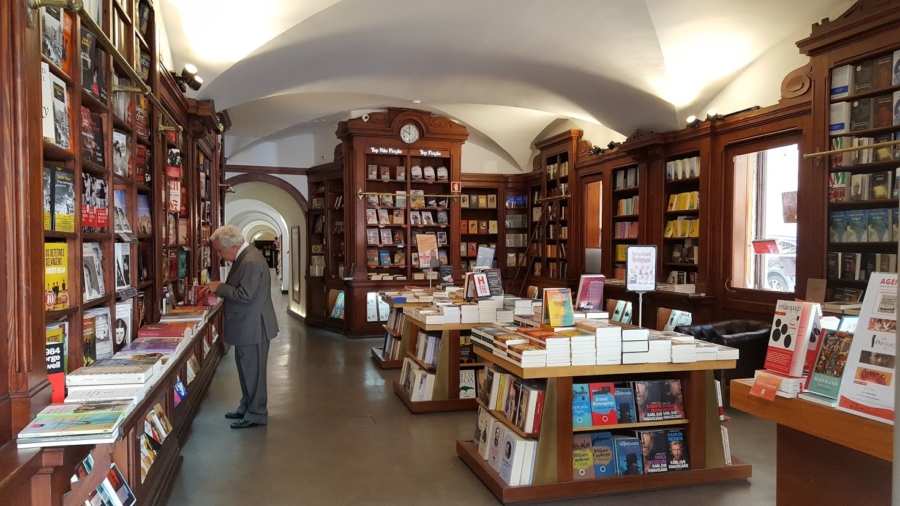 Lisbon is full of bookstores. They are everywhere, tucked into odd-shaped nooks so that they almost blend in with the facades. Some were ancient, and so resembled museum exhibits that I simply stared at them from afar, not realizing that we could actually go inside.

This was my initial reaction to Livraria Bertrand – the oldest operating bookshop in the world, established in 1732. I looked at it from a distance, through glass, and thought “how remarkable”, the way one would any other work of art. You marvel at it, but you do not touch. You certainly don’t step inside. But Rand was not limited by such strange hangups, and seeing that he was able to walk in without being yelled at by some unseen authority figure, I quickly rushed in after him. 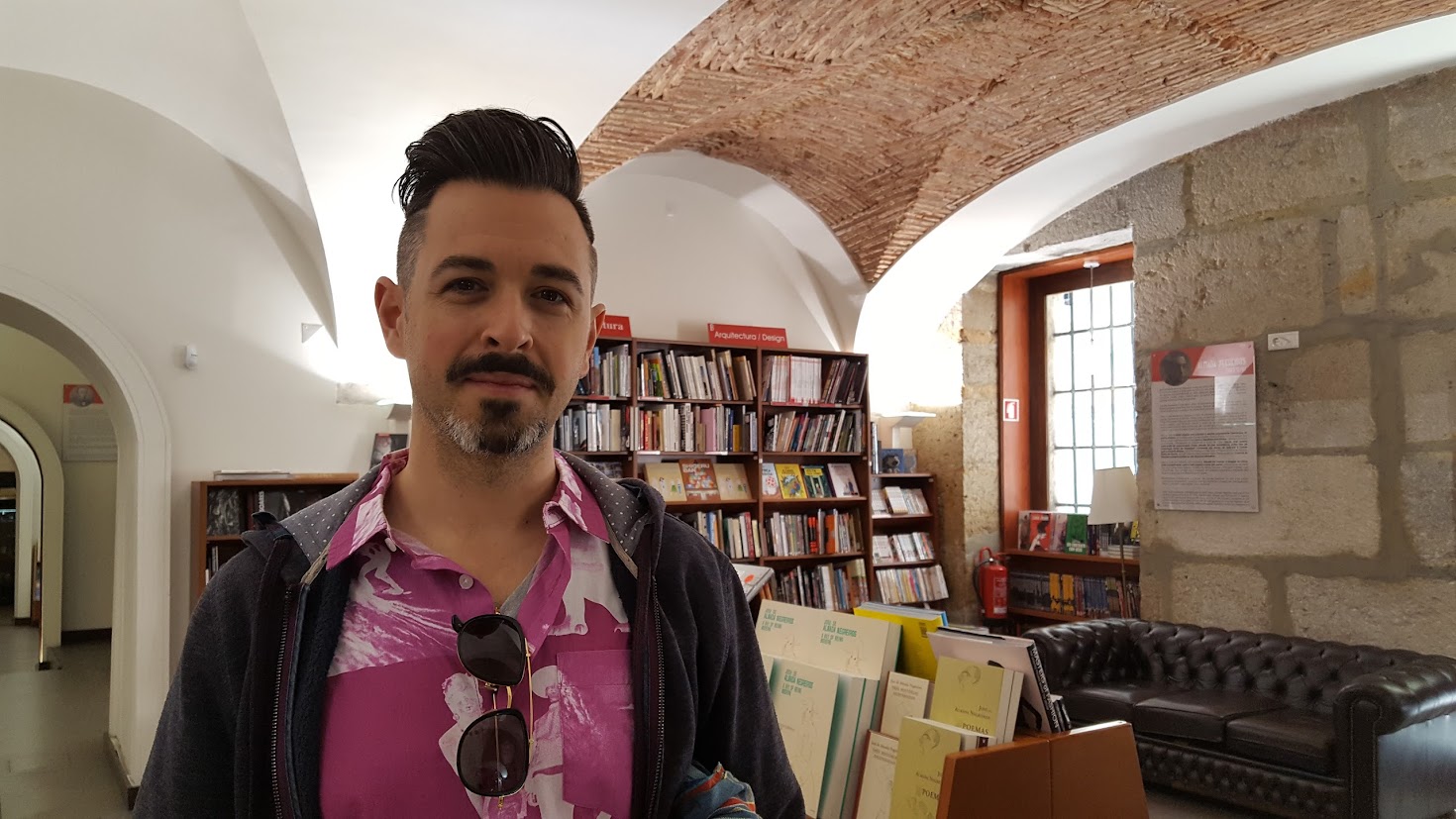 Plus he’s super cute and his eyes are like, CRAZY twinkly. 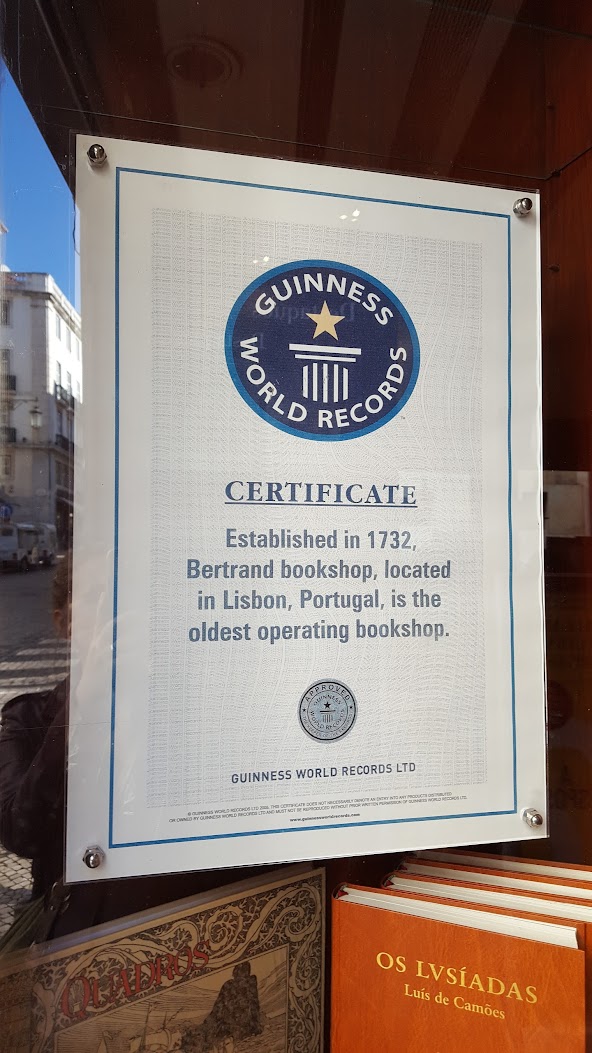 The Bertrand smells faintly of old wood and vanilla. Sloping archways connect room after room after room. The inner rooms look modern and recently renovated, but every now and then there is a pillar, or an exposed stone, or a strangely uneven piece of floor to remind you that when this shop opened, humans thought our solar system ended at Saturn. 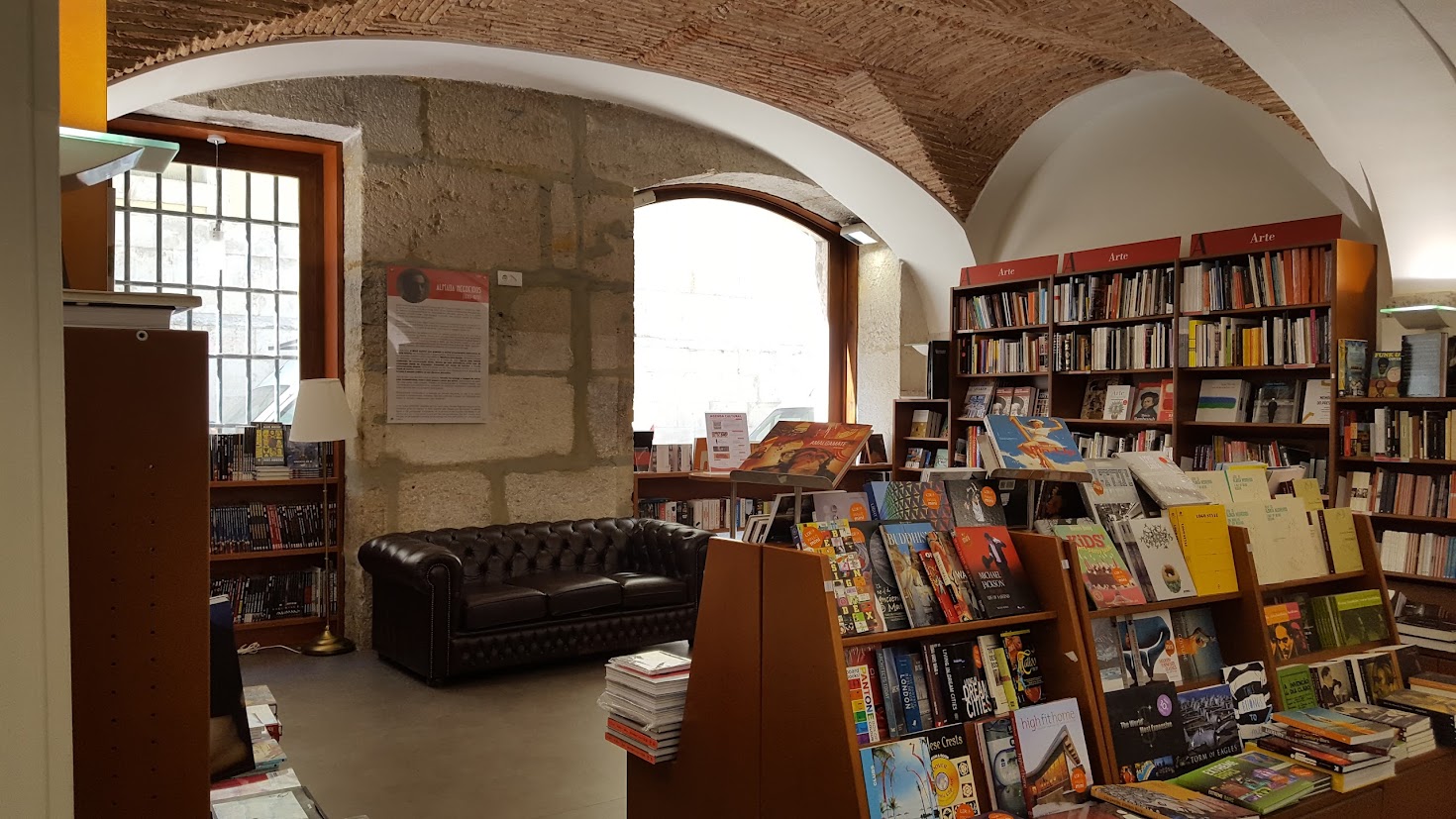 Pedro Faure – one of many French booksellers who began arriving in Portugal in the early 18th century – opened the shop in 1732, but it was destroyed in the earthquake of 1755 (which decimated much of the city). The shop was reopened not long afterward in its current location, and has remained in operation ever since, hosting poets, philosophers, Nobel prize nominees, artists, and, of course, writers. 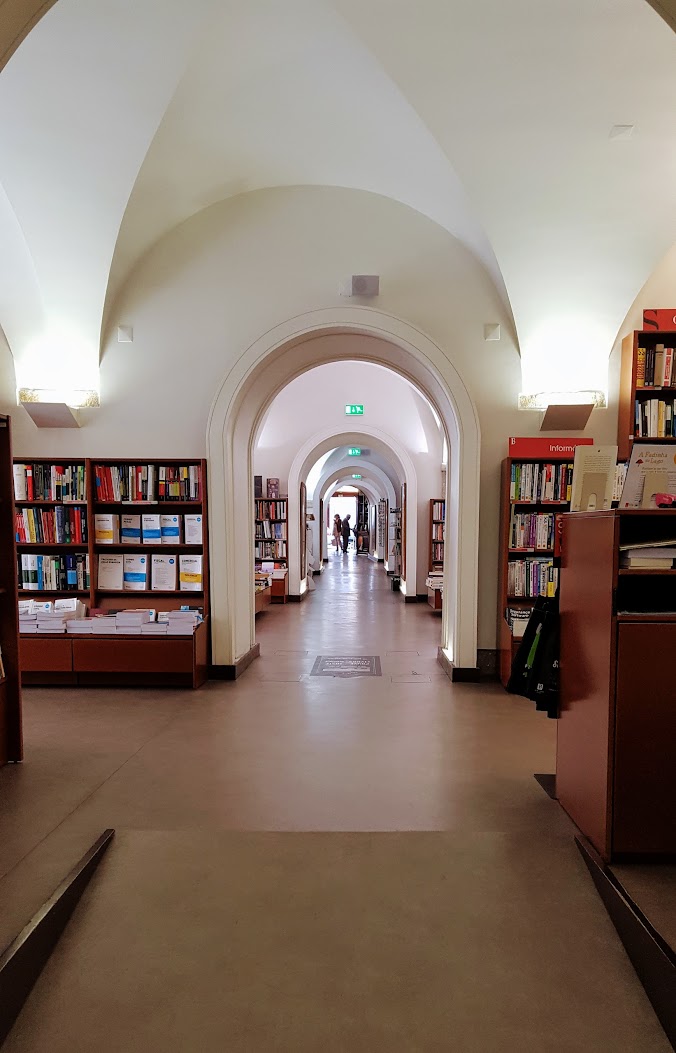 It was enough to wander through and simply breathe it in. It was as quiet as church, and for a lapsed Catholic like myself it offered even more of a religious experience that any of the cathedrals we visited. If there is a God, she is here, in the pages of a really good book. 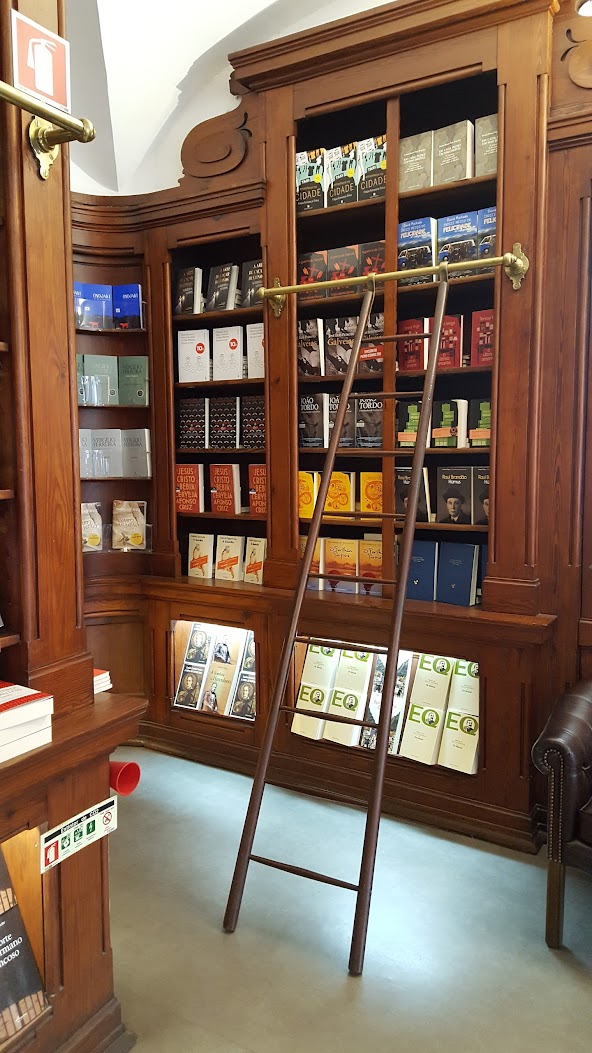 I’ve always enjoyed novels that are love letters to books themselves (Like Mr. Penumbra’s 24-Hour Bookstore  or The Borrower, which are both delightful reads), and Lisbon feels like the city equivalent of that – an entire town made of tiny shops piled high with dusty tomes. In this respect, Livraria Bertrand is not unique – it is one of many, many bookstores. But it is the oldest, and there is a sort of ancient magic in its walls. You feel like you might round a corner and find yourself someplace wondrous. And then you realize – that was true the second you stepped in the door.