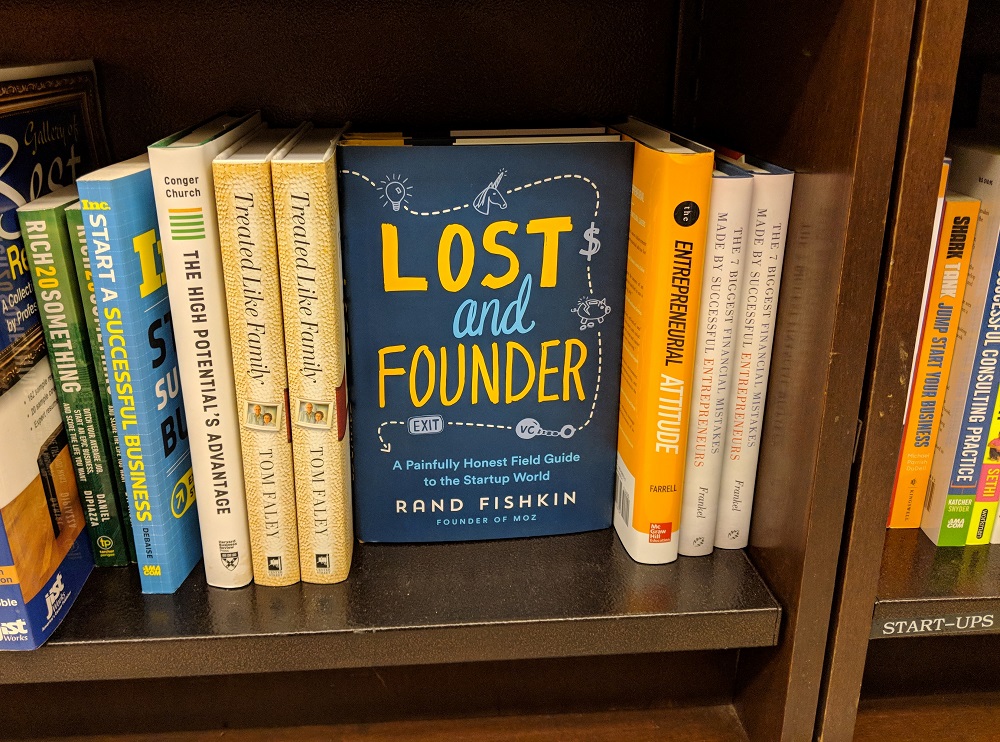 My beloved wrote a book.

How it came to be was radically different from my own path. When I wrote a book, it became a job, it became the thing I was doing because on a daily basis, there’s not that much else that is asked of me. But there are always things asked of Rand, and I watched him write this book in stolen moments between a thousand other obligations.

I would ask him if he had plans for the weekend, and he’d reply that he had to get two chapters done by Sunday evening. I stared at him, mouth agape. I didn’t understand. I still don’t. But that is the nature of my husband. Give him any measure of time – a scrap of it, a spare moment, a half hour uninterrupted and left to his computer, and he will make something great. Give him several measures of time, and that great thing will be a book.

It is called Lost And Founder and it is part-memoir, part-cautionary entrepreneurial tale, part-startup guidebook.

It’s been fun to be on the other side of things, to sit in the crowd and listen as Rand reads from his book, to see friends as well as strangers stand in line, waiting for him to sign their copies. To hear him answer the questions his moderators and the audience asked of him. To finally – after being the recipient of so much good advice from the love of my life – be able to offer a small measure of it in return.

“Read every excerpt beforehand to yourself,” I said.

“But I’ve already done that. I recorded the audiobook.”

“Trust me,” I told him. And as we sat at the dining room table, Rand read a few paragraphs about when he found out about my brain tumor. And even though it was years ago – firmly cemented in the past so that months go by and we don’t even think about it – he broke down. He looked up at me, stunned, as if I had an answer to what was happening.

“It’s just what happens when you read something aloud in front of someone else,” I explained. I had learned this when preparing for my own reading: a couple of lines into certain chapters about loss and love, and I found myself crying. But after reading it a few times, the tears exorcised themselves.

The read-through technique worked much the same for Rand. By the time he read for the crowd in Seattle, he was fine. Actually, he was great. 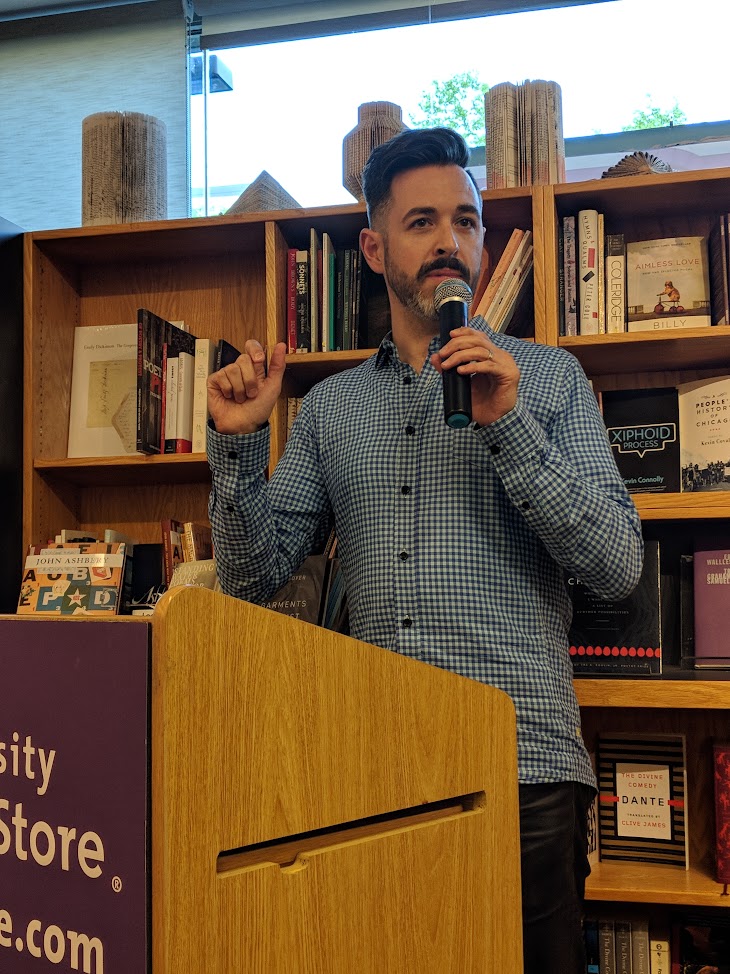 Was he heckled by an audience member for his excessive handsomeness? Yes, yes he was. (I regret nothing.) 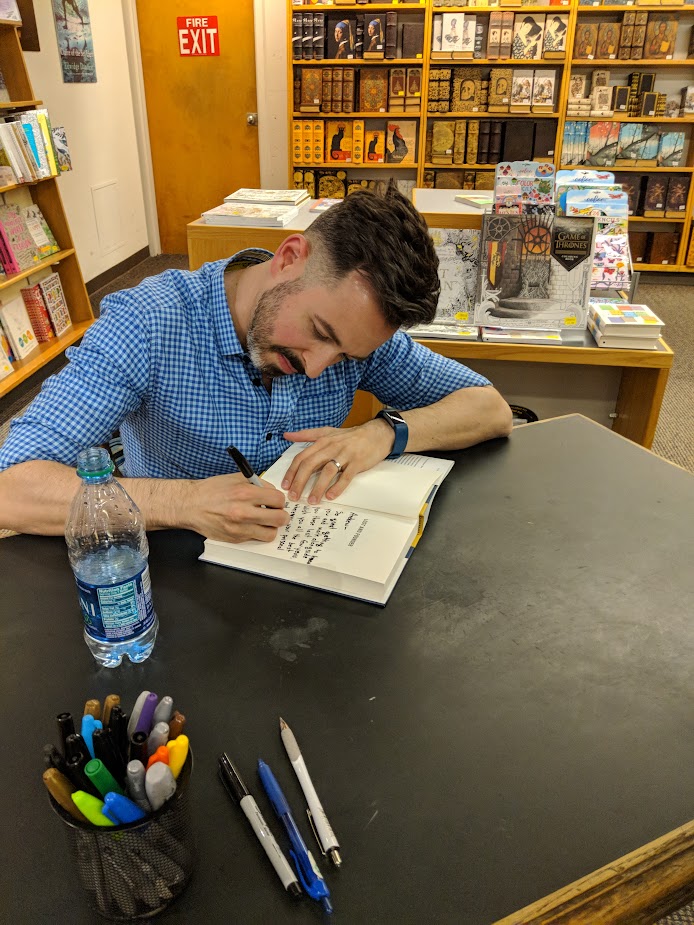 I told him that this was way too much to write when signing someone’s book. He ignored me. “Rand, first question: are those leather pants?” – our friend Glenn, who is a ruthless interviewer.

For his New York reading, we had a car pick up his grandparents in Jersey and drive them into the city. The room was packed.  The bookstore supplying copies for the event sold out of Rand’s book.

My photos are blurry because I sat high atop some bleachers with some dear friends in the back. Both Rand and Mike, our friend who moderated, were brilliant, and yes, I am biased, but it’s still true, damn it. 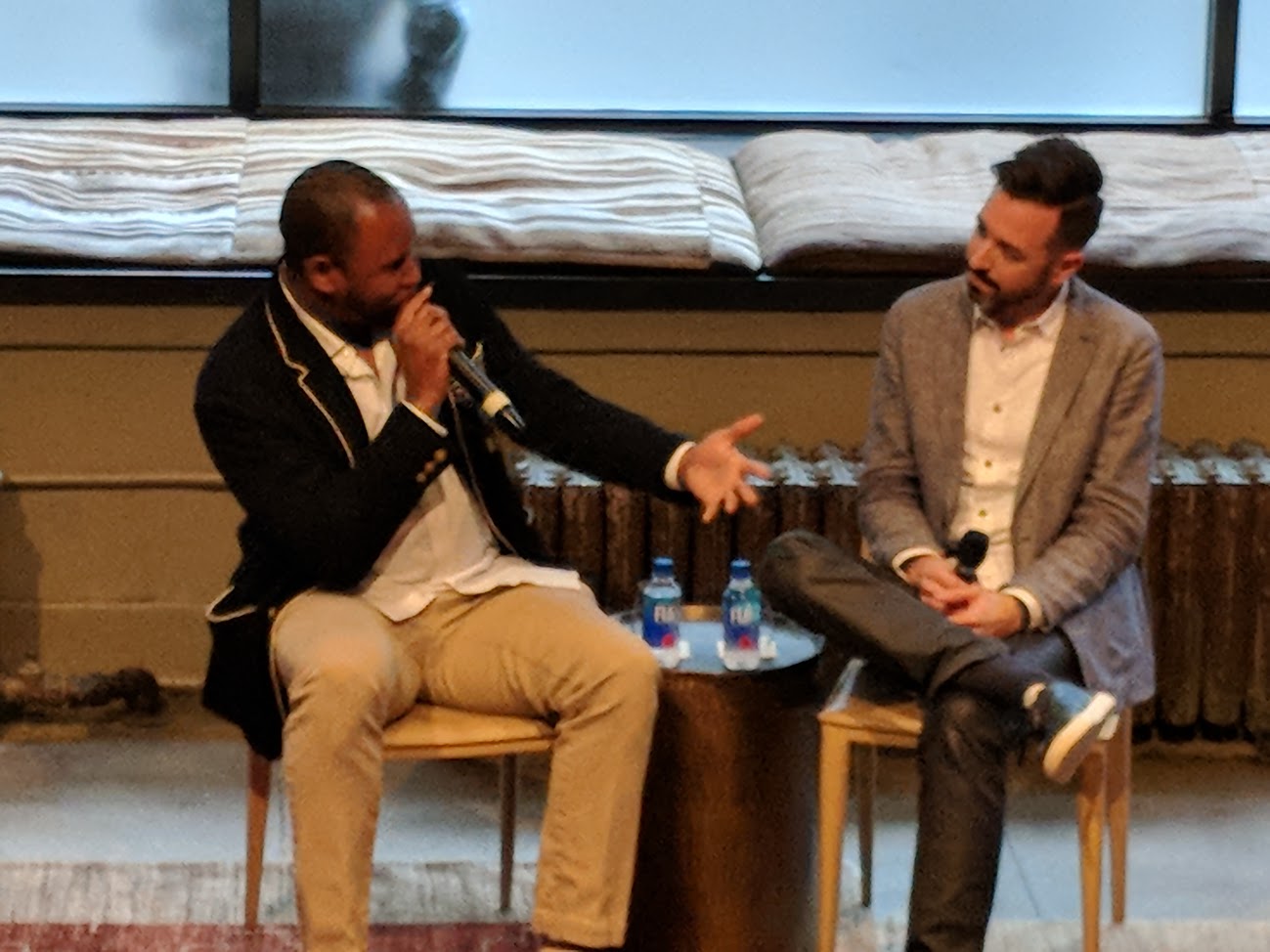 Afterwards, my husband’s grandparents, now firmly in their 90s, walked through the streets of New York with us – streets where they had grown up – and told my husband how proud they were of him. 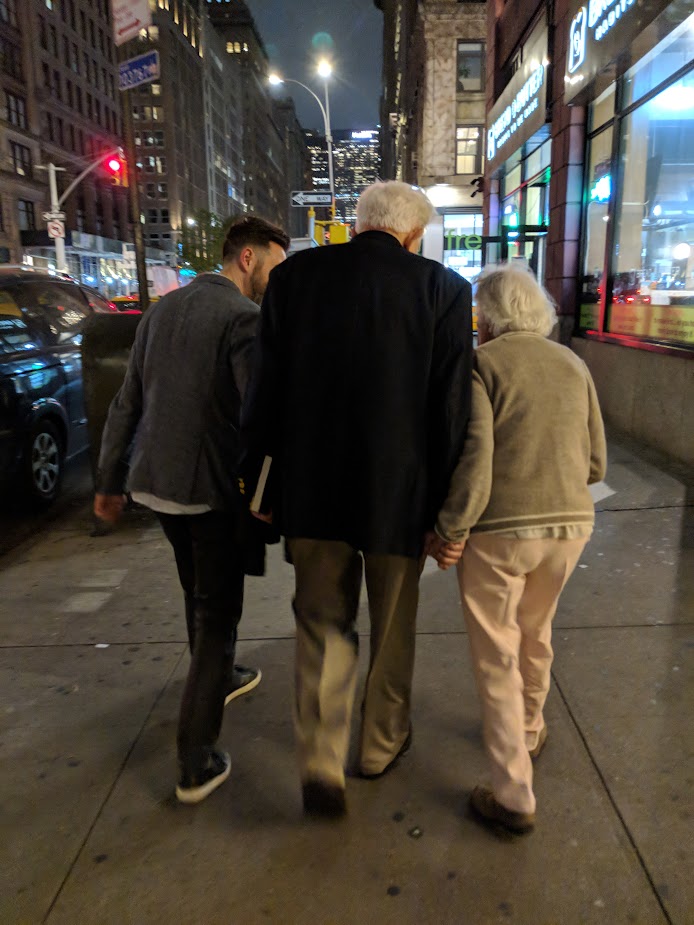 Later, I would ask him if getting a book published was the realization of a lifelong goal.

I love him dearly. And so I resisted the urge to hurl a hardcover copy of his 2-year-long-goal at him. But that, I realize, is how he operates – these accomplishments of his – these things which I think are unquestionably incredible – are not the apotheosis of his career. He’s still searching for what that is. In the meantime, he finishes projects in those spare pockets of time he has. And sometimes, those projects are a really wonderful book.