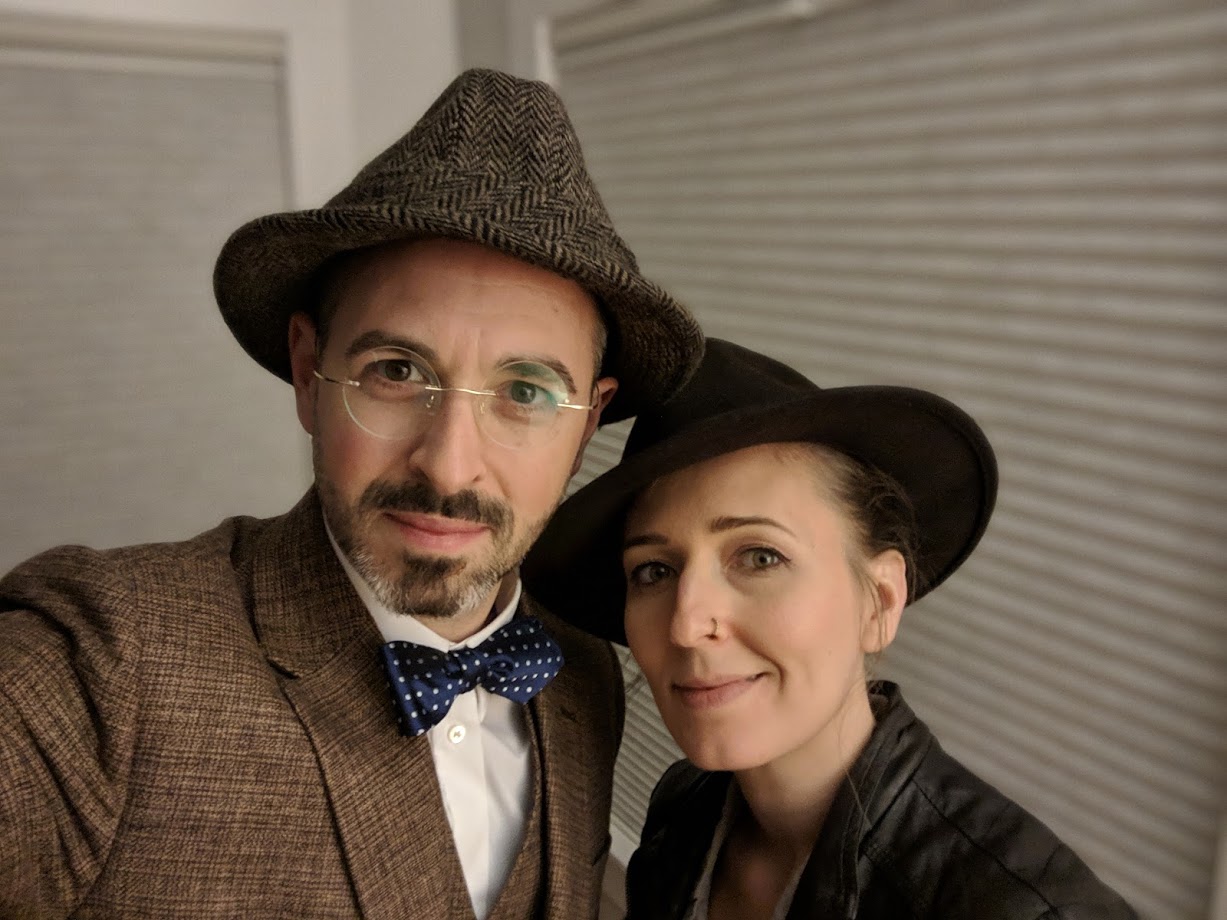 Posted in: Life at Home, Loving the Entrepreneur, Nothing to Do With Travel, Random Musings

I don’t know when the idea for this year’s Halloween costume originated. Rand and I have been talking about it for years. It’s the sort of thing that stays simmering on the back burner for so long that you almost have to wonder if it’ll ever come to fruition, or if the idea will simply run its course without ever being realized, growing stale before it sees the light of day. I had fallen in love with the concept for these costumes years ago. Then I grew tired of it, and went on to more pressing, timely things.

And then the idea of punching Nazis became far too relevant and timely again.

And Rand continued to perfect his impression of Sean Connery.

And I went to the thrift store and found the perfect shirt. And the perfect jacket. And suddenly the pieces started to fall into place.

Sure, sure, Indiana was the dog’s name. And okay, he was a terrible, I mean absolutely terrible professor, if you really think about it.  But also:

What’s the old saying? Be the Halloween costume you’ve always wanted to fuck? Pretty sure that’s it.

So this Halloween, this happened: 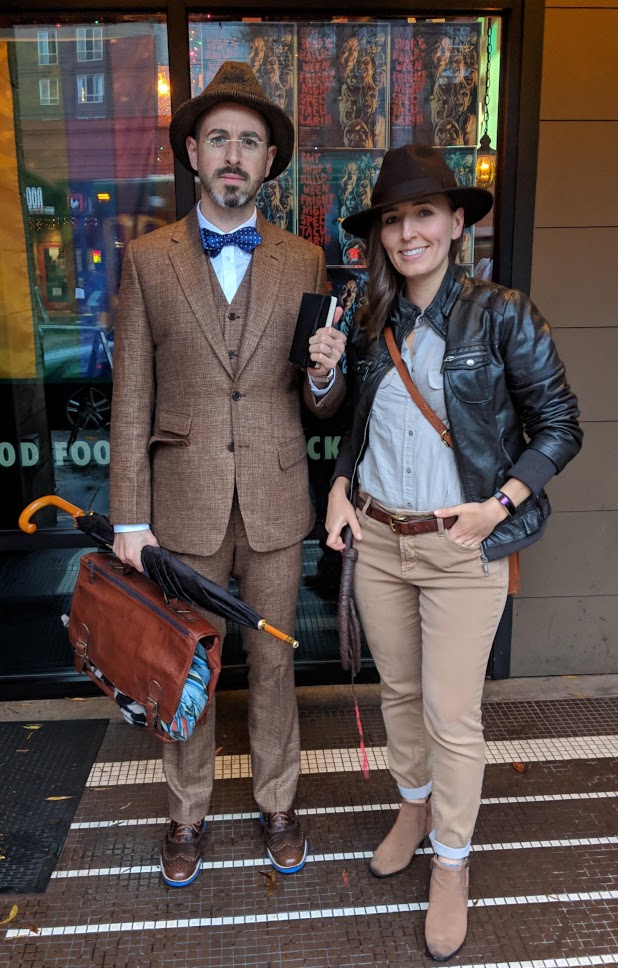 Which I think we nailed. 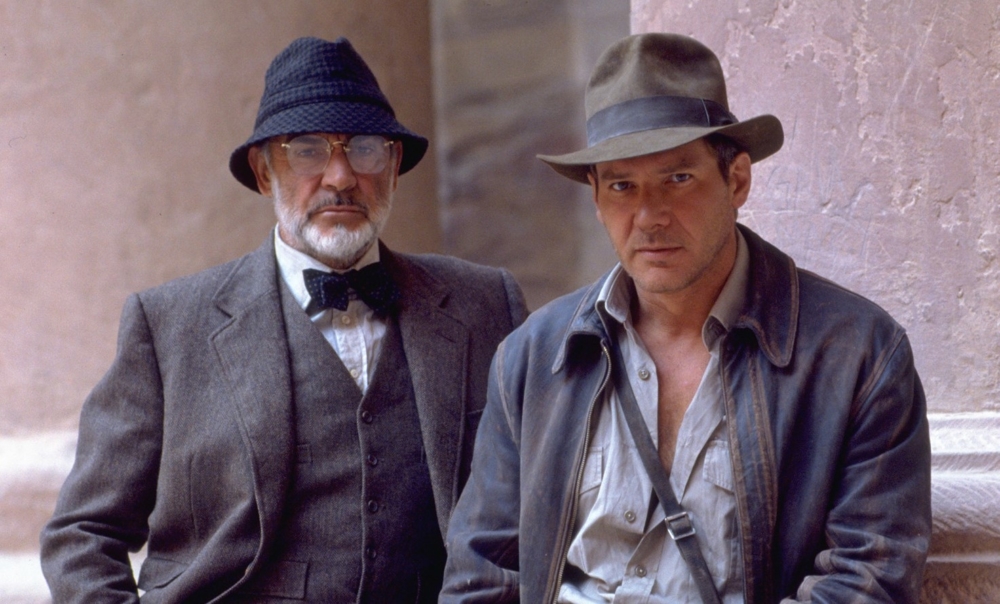 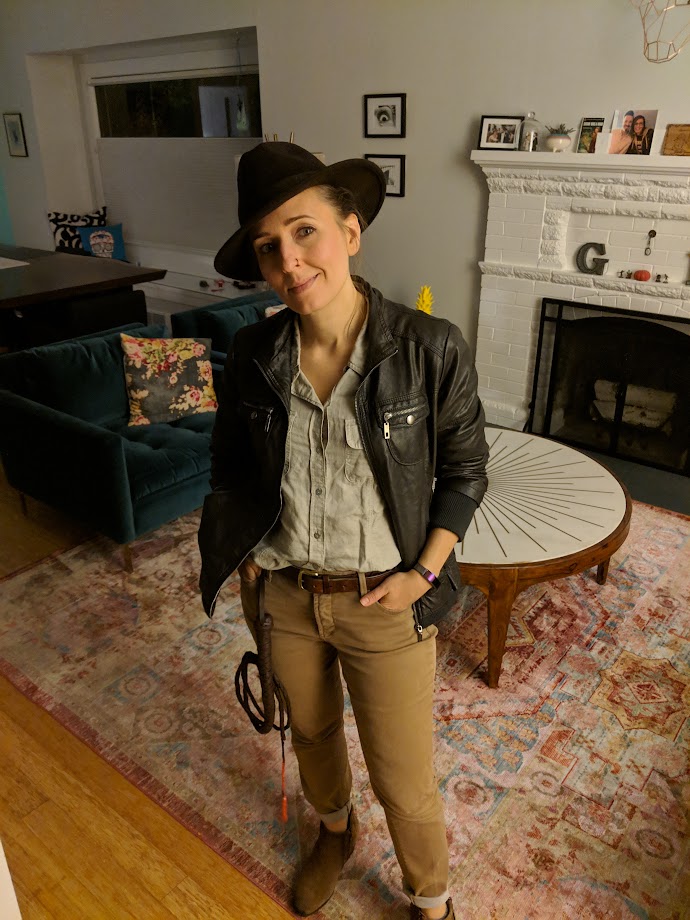 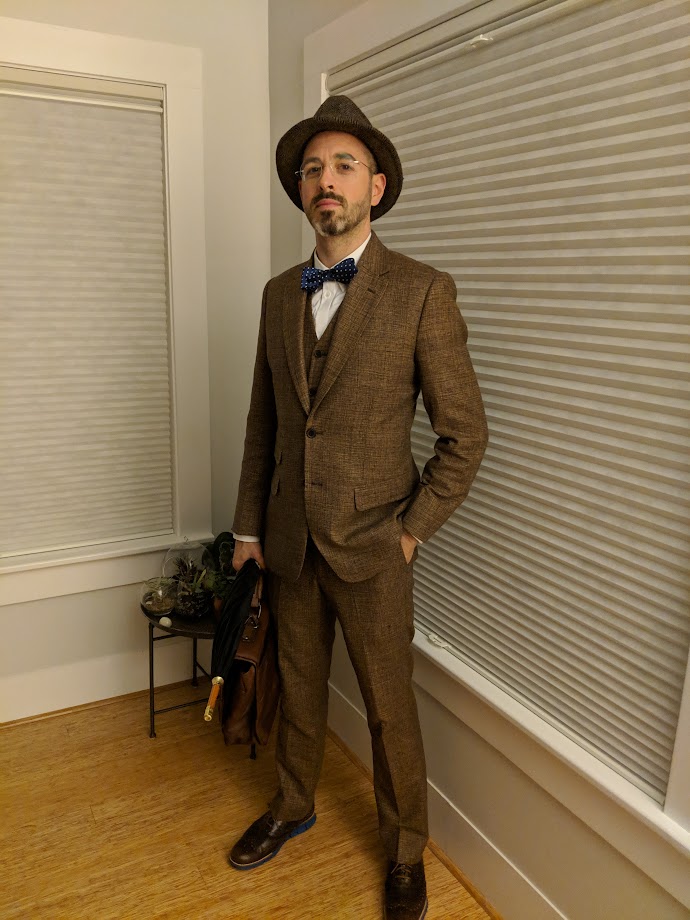 Oh, and then … our poor friend Rob. We enlisted him to dress up as The Grail Night. A character who is on screen for maybe 3 minutes total. And good sport that he is, Rob went along with it, wooly eyebrows and all. 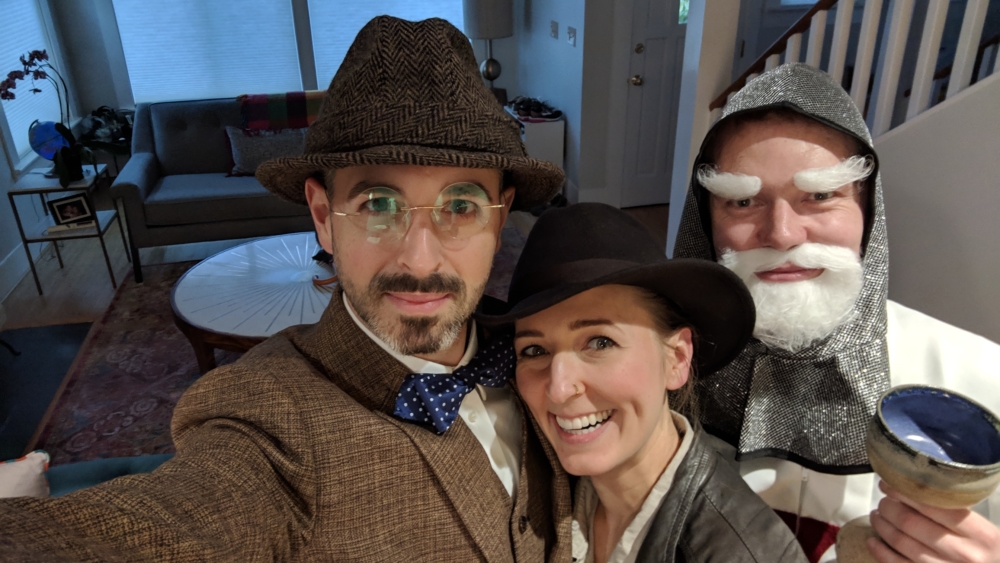 I asked Rob if he had placed the fake eyebrows directly over his real ones (he had) and what was going to happen when he tried to take them off. “I’m punting that problem down the road.” 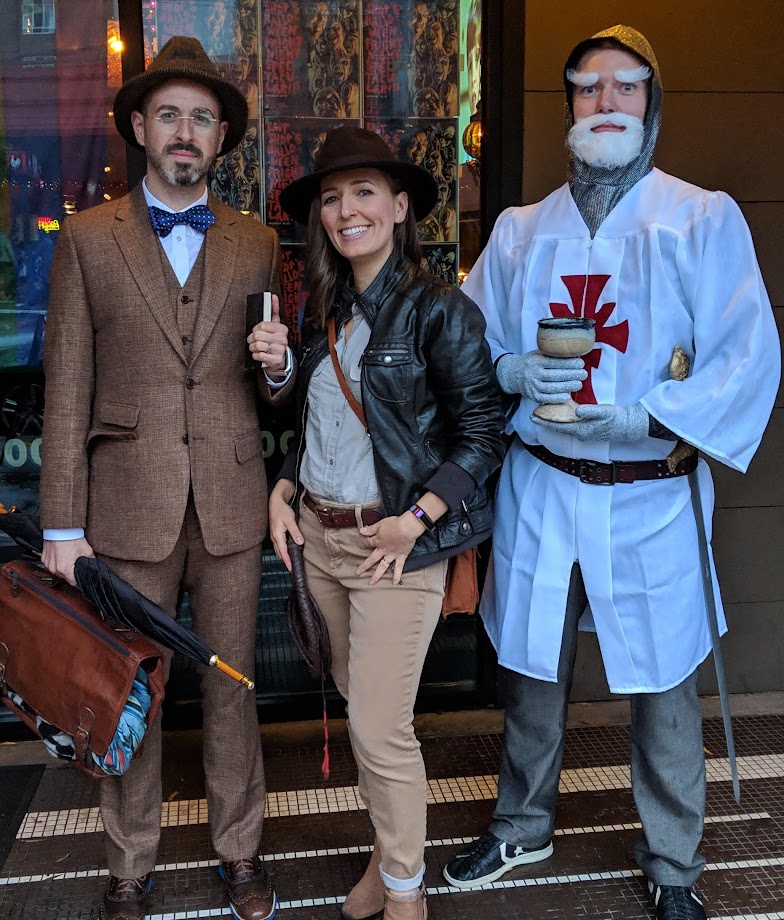 If you haven’t seen Indiana Jones and The Last Crusade, this makes little sense. And a fair number of people hadn’t. But the few dear souls that got it … well, they really got it. One guy drunkenly shouted, “OHMYGOD I FEEL LIKE I’M IN THE MOVIE.” when he saw us. Which absolutely made my night.

And there was another unexpected side-effect of my costume: dressing up as one of my favorite fictional male protagonists left me feeling like a badass in a way that I could not have anticipated. I told Rand that I was tempted to dress like this all the damn time. After all, it was comfy as hell, strangers were screaming “INDY!” at me, and  TWO PEOPLE GAVE ME THE GUY NOD.

Plus, we were adorable. 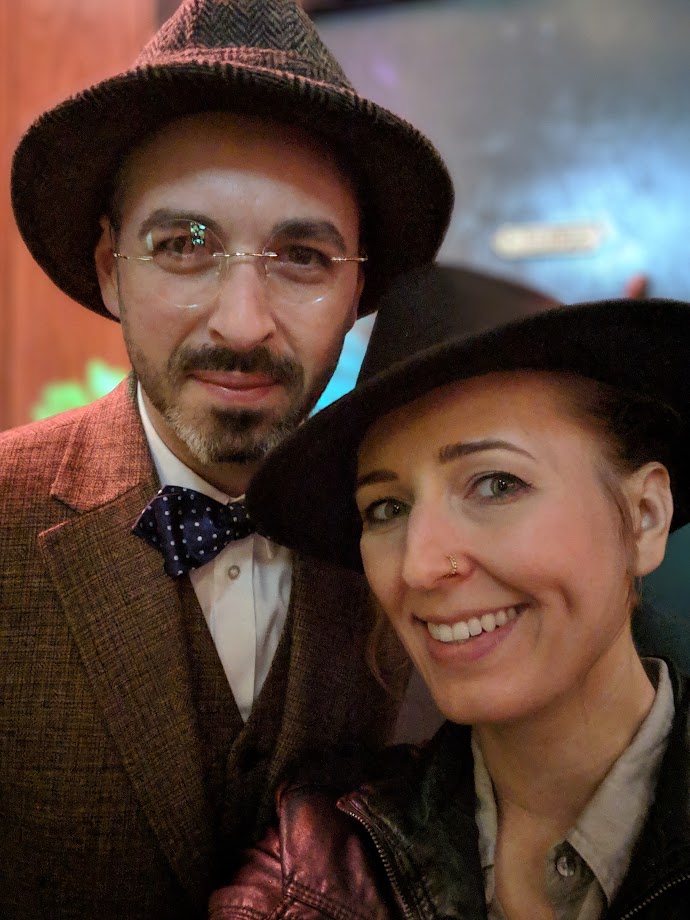 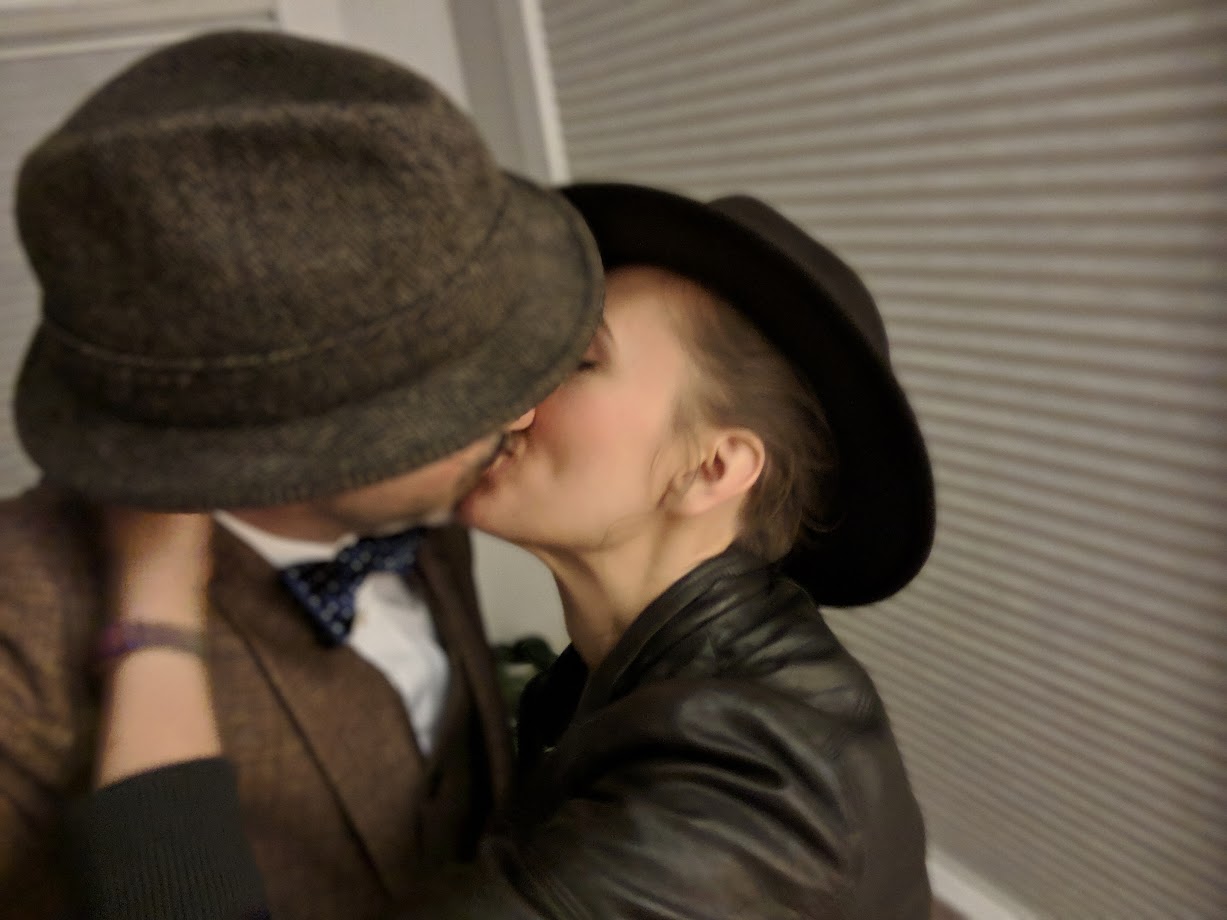 Even if this is, you know, profoundly weird, because we’re father and son.

Though it took us years to finally get around to it, I’m so happy these costumes eventually came to pass. Because they were so much fun. And it was nice to take a break from all the garbage in the world for a little bit … while still remembering one crucial thing: