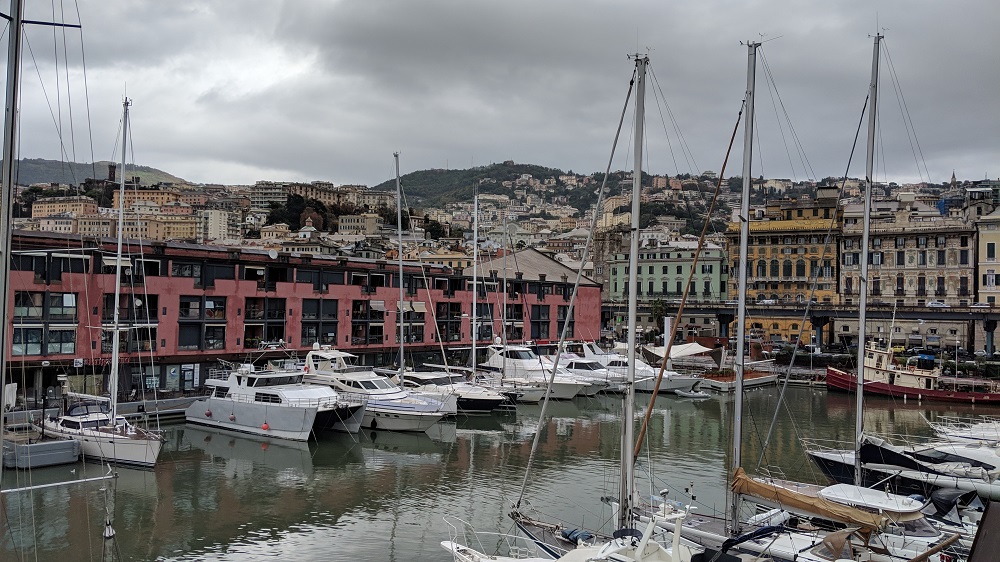 It is with some embarrassment that I tell you that I hated Genoa the first time I visited there, a decade and a lifetime ago. In my book, the only mention I make of the seaside city – the birthplace of Christopher Columbus, the location where Marco Polo was imprisoned for a year (because Italy was once a collection of kingdoms constantly at war with one another) – was that it was covered in dog shit. A statement which, this time around, proved untrue. 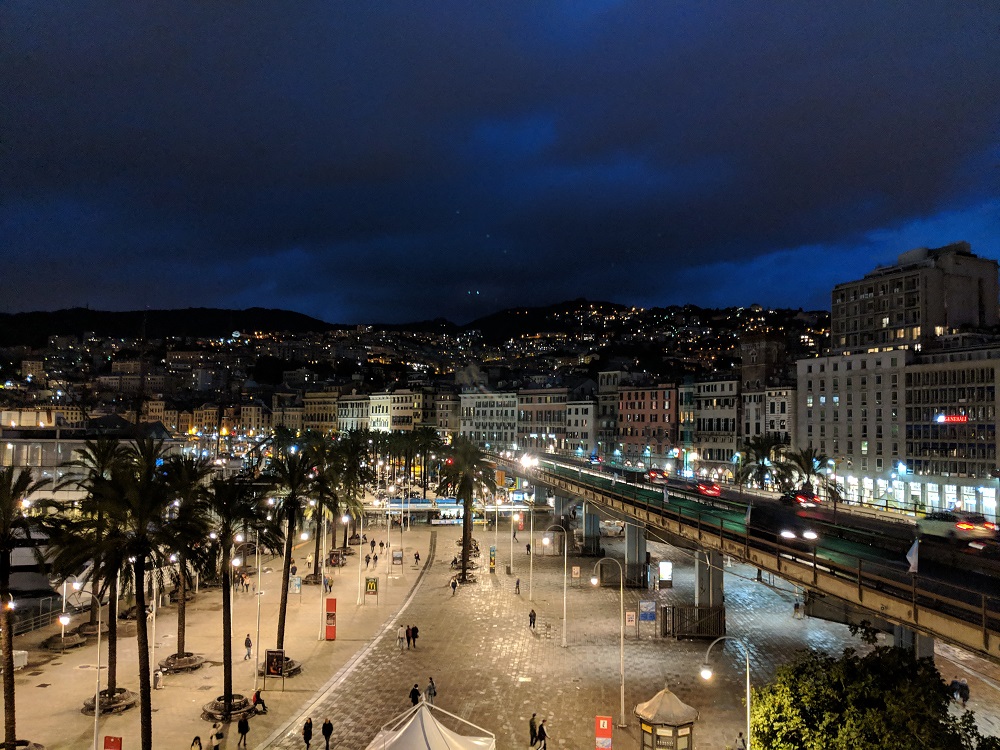 It is a firm reminder that first impressions can be woefully misleading, but when it comes to travel, many of us don’t have the luxury of ever correcting them. Not many people get to visit Genoa once, much less twice. (My life is charmed, I know.) Considering that, you’d think that I’d make a little bit more of an effort to be mindful. But this second, blissful time around was different and I’m willing to admit: I owe you an apology, Genoa. Even in the pouring rain, even when your streets are transformed into cobblestone-studded rivers by the non-stop downpour, you are are worth visiting. 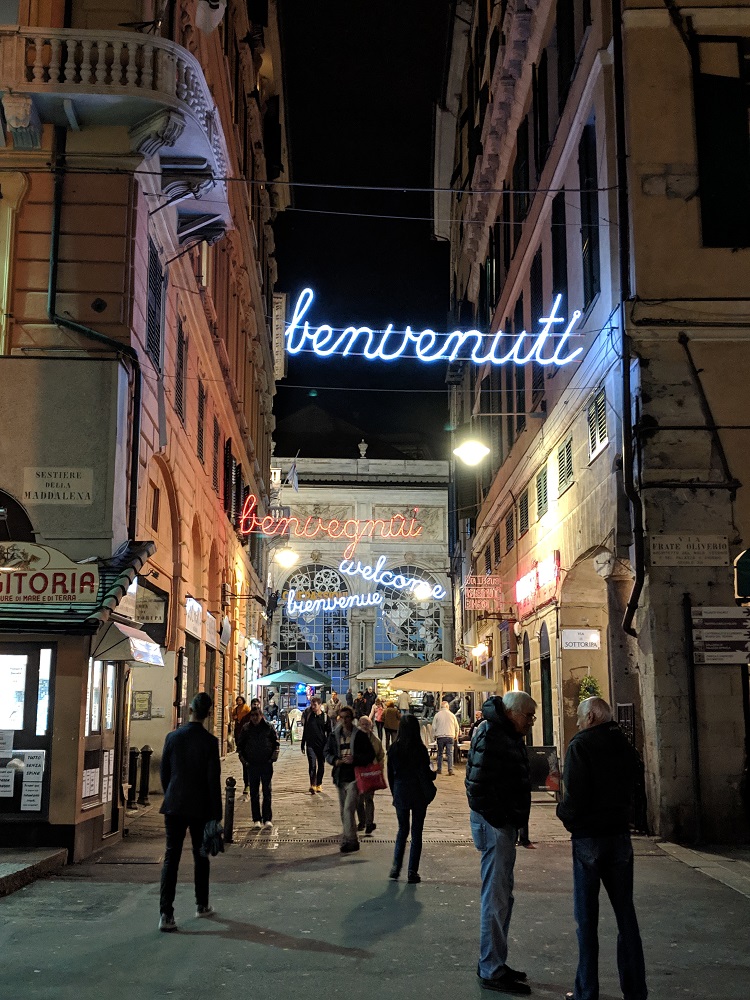 My beloved is in this photo and I didn’t realize it at first. It is now my favorite thing about it.

It is a funny little town, even by the Genoveses’ own admission. Our friend Giordana is from there, and she noted that sometimes people in Genoa could be a little brusk, but with the exception of one diabolical hotel clerk, I found everyone to be perfectly amenable. Not as flirtatious as the Romans, who whisper “Bella, dove vai” as you walk past, or as scheming as the Neopolitans who always seem to be trying to charm you into a Faustian bargain. (Am I generalizing? Is the sin less grievous when you are speaking of your own people? Of literally the places where your mother was born and where your grandparents walked together when they were young? Maybe. I don’t know.) 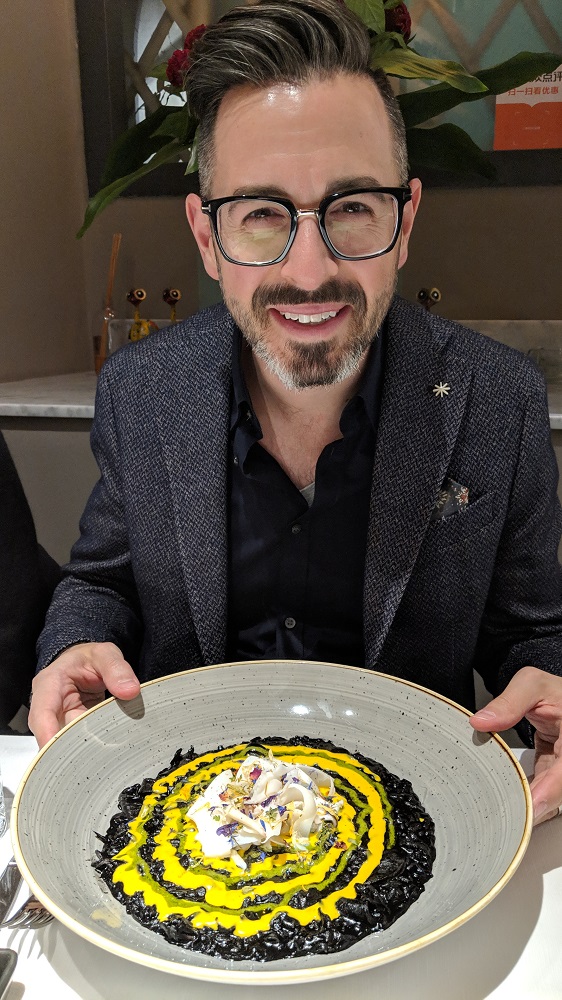 The difference when I travel to the north – as opposed to central or southern Italy – is that I feel no true attachment to it. I feel only that strange geographic tension that exists between northern and southern Italy. I am comfortable there, I speak the language, I am a tourist who has her shit together and the sort of person you really want traveling with you. But I am a tourist nonetheless, and these places are not mine. And for a long time, I think that was the problem. 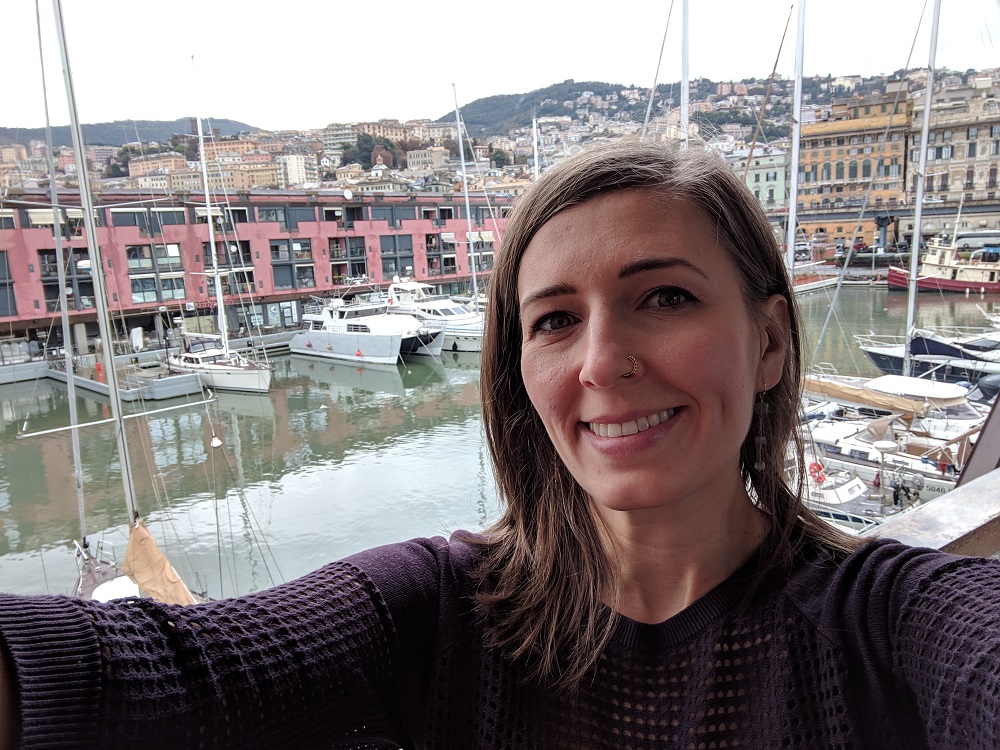 And so, rather than try to make northern Italy my own, I rejected it.

But darlings, darlings – I reject so many things already (mayonnaise, the vuvuzela, eating sushi in a landlocked state) that it seemed like my only option was to give Genoa another chance. Maybe I could see it for the first time again.

I can’t say definitely when the shift happened. Maybe it was when we walked through the narrow streets in the rain, or goofed off on the rooftops, or nibbled on fried anchovies by the water, or ate that focaccia, or that other focaccia, oh my god the focaccia. 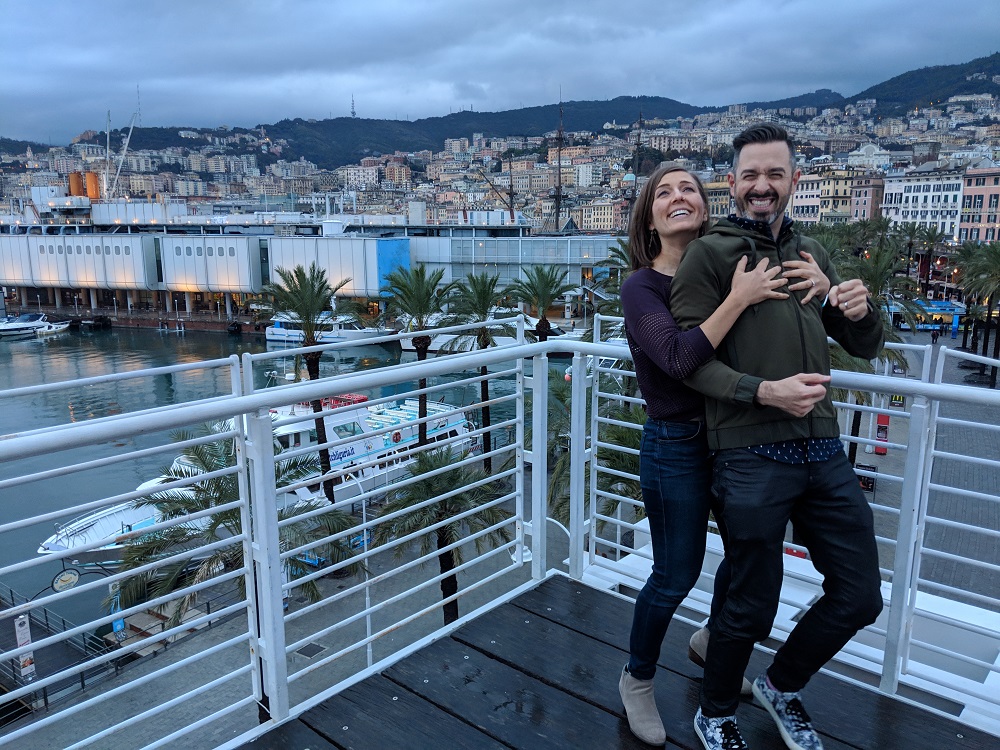 No idea what was going on here but just go with it, people. 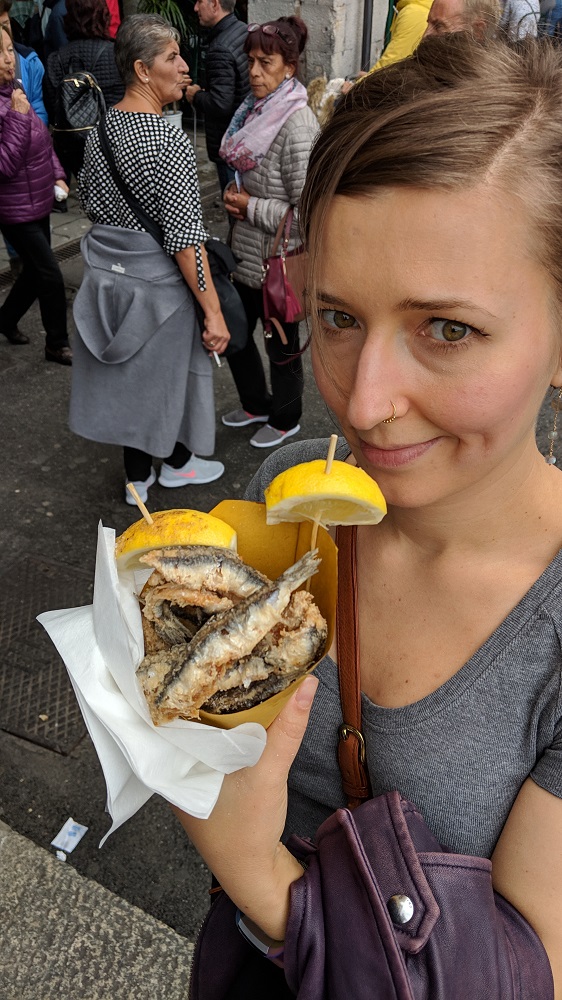 Just a girl, standing in front of you with a whole bunch of fried anchovies, asking you not to judge her when she eats all of them and then burps anchovy breath all over you. 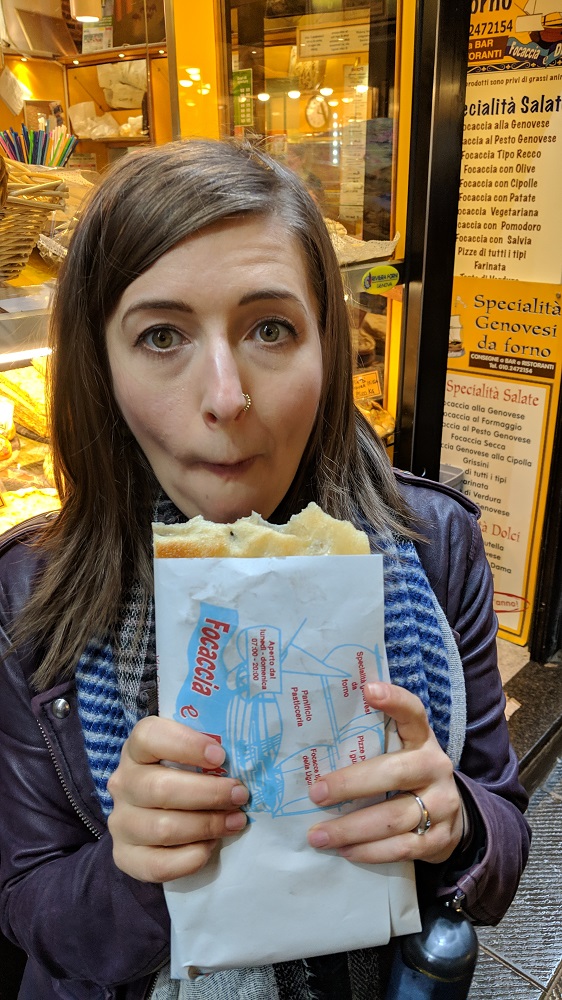 Look, some photos are flattering, and some photos capture the gestalt of who you are, and those are often not the same photo.

I know that Giordana wanted us to see her city how she saw it, to love it the way she did. She gave us recommendations and took us around and I could see her smile when she saw that we loved it. I know that feeling. When a stranger becomes smitten with your hometown. When they make it their own. 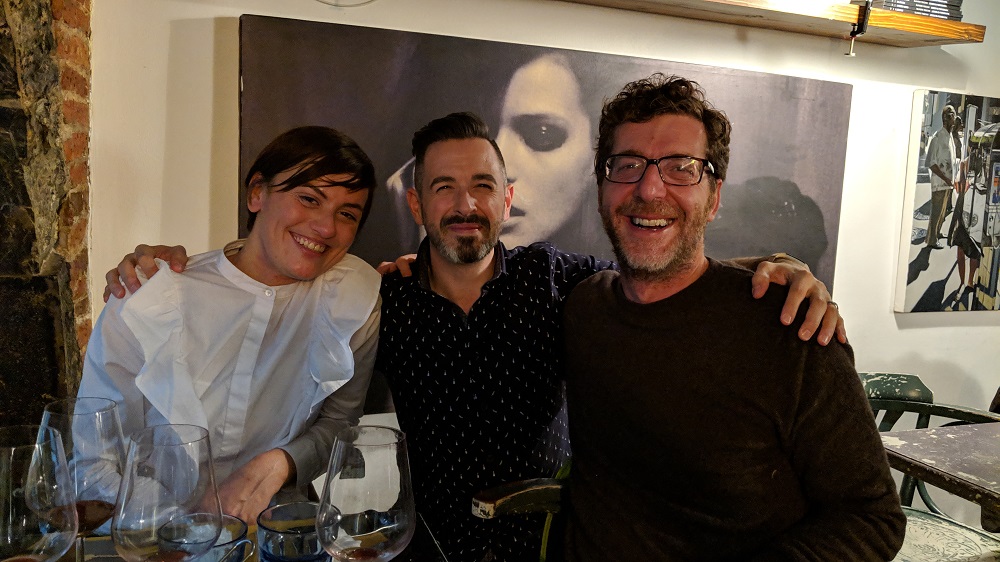 Giordana and my beloved and her beloved. 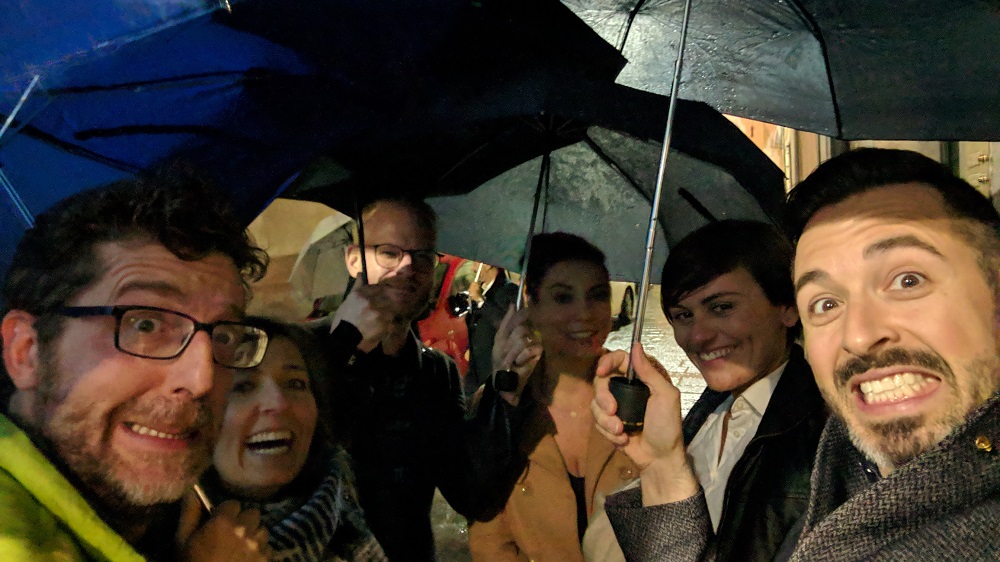 All of us in the rain.

I didn’t think that could happen with Genoa. But I guess I just needed to see it one more time.

And lucky me, I was able to do just that.