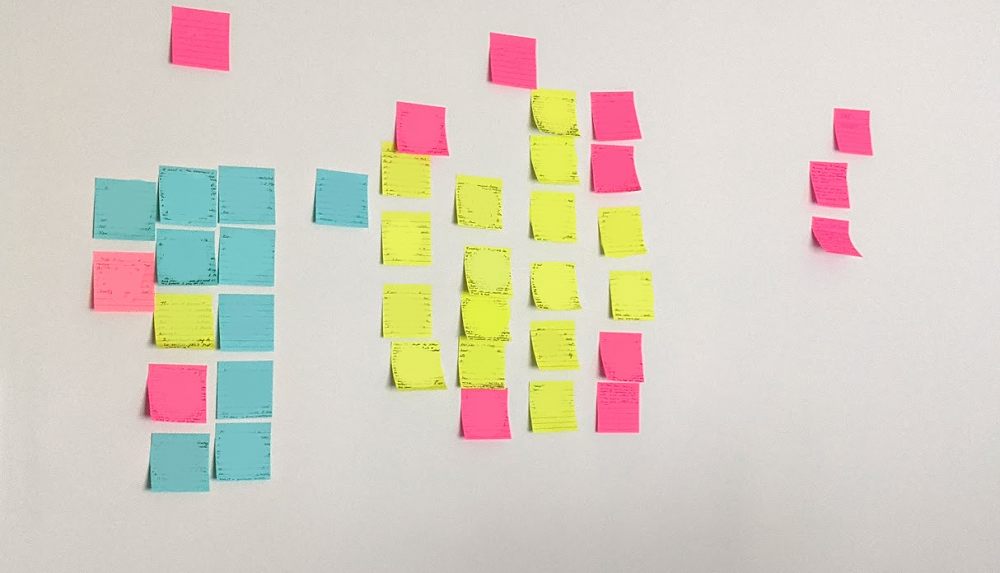 I’ve been staring at my computer a lot. If I do manage to type something, I will usually delete or loathe it by the day’s end.

Writer’s block doesn’t really cover what I’m feeling, because it’s not really a block. A block implies something complete and impenetrable, and this isn’t. Someone recently said that writer’s fog is a better way of describing it. Just a cloud that you are stuck in, everything hazy and unclear. On a good day, I can make out a shape or two.

I will invariably hate the shapes I make out.

“Everything I write is trash,” I tell Rand with a sort of self-indulgent loathing that surprises both of us. I had always thought you had to be confident to be this insufferable.

“Maybe take a break,” he says gently. And I wonder how one can take a break from nothing.

The last time I blogged, I wrote about how all of these feelings were okay. How it’s okay if we just can’t right now – and it’s okay if we can’t write right now. All of those things that used to come so easily, the bare minimum achievements of being a functional person, are now the things that we congratulate ourselves for doing. Getting up, brushing our teeth, putting on pants. (The last one being increasingly optional in a world where most people only see us on video from the waist up.)

I have a small checklist of these achievements that I go through each day, like I’m a houseplant on the verge of dying. I make sure I get enough water. I try to expose myself to a bit of sunlight. I make sure that I’m neither too hot nor too cold. The world is falling apart, but I am, at least, well hydrated.

Somehow, in the midst of all of this, I genuinely thought that I’d be able to get work done. I thought that the rules didn’t apply to me, that the last blog post I wrote would be a talisman against the encroaching fog. If I wrote about not being able to write during a pandemic, then, suddenly, I would be able to.

When my uncle died, more than a decade and a half ago, after a long and unforgiving illness, I remember quietly spiraling in, cocooning into a blanket and seeing no one. I blipped off the radar, though I was courteous enough to let people know before I did. My reaction was strange not simply because it was out of character (I am, above all else, an extrovert) but because it wasn’t a reaction. That is to say, it didn’t feel like I was responding to an external stimulus. It felt like it was just who I was now, emanating from within, wholly independent from what was going on. My uncle died. I was going to live in a blanket fort. I saw these things as unrelated.

One of the people I was closest to during this time sent me a barrage of texts and calls regarding my absence from our social scene. I finally gave in after six weeks of increasingly aggressive messages and met her for lunch, my first outing in a month and a half. I dreaded it, knowing I was in for a scolding. Sure enough, the first words out of her mouth were how angry she was that I hadn’t contacted her.

Our friendship didn’t last long after that. I was tired of being yelled at by someone who didn’t understand what I was going through, even if I barely understood it myself.

Staring at my computer, aimlessly pecking at keys, I realize I can’t bully myself into writing any more than she could bully me into friendship.

I tell myself that the fog I’m in is unrelated to what’s going on in the world. And maybe it is (it’s hard to A/B test right now). It’s been going on for a very long time. If I squint, I can almost see when it started, but then everything gets blurry. It’s hard to know, really. Sometimes the world falls apart, and you go hide in a blanket fort. I see these things as unrelated, but who knows.

I’m trying to remember that I’m not immune to any of this. That telling others it’s okay to feel awful doesn’t somehow safeguard me from feeling awful. I can’t brute force my way into writing something beautiful. I can’t bully myself into creating a book during a pandemic. When doing simple things like going to the store or giving someone I love a hug are impossible, maybe the already-difficult-when-we-aren’t-in-a-global-catastrophe task of writing isn’t that easy, either.

I stack up some papers, I close a few open documents. I stare at my wall of notes and squint, trying to see something through the fog. I can’t make out anything but a few shapes. I try not to beat myself up over it.